Home » Celebrities » Kudlow: The Taliban knew there was no credible threat of force with President Biden

Kudlow: The Taliban knew there was no credible threat of force with President Biden

The Afghanistan catastrophe continues to dominate the news, as it should. This evening we have former Director of National Intelligence John Ratcliffe who worked with President Trump in the negotiation process of the U.S. pullout with the Taliban.

Mr. Ratcliffe is going to have plenty to tell us as a former insider and, of course, someone who is still in touch with the intelligence community, but I want to make a few points at the outset, especially former Vice President Mike Pence's terrific op-ed in today's Wall Street Journal.

The title is "Biden Broke Our Deal With The Taliban." This is a key point. It is one that the media continues to overlook.

I first saw Mike Pompeo talk about it on a Sunday news show and this past few days at a conference in Jackson Hole, Wyoming.

Former NSC director Robert O’Brien, and I, and John Ratcliffe spoke at great length about Joe Biden raking the strict conditions that were initially agreed to between the Trump administration and the Taliban. 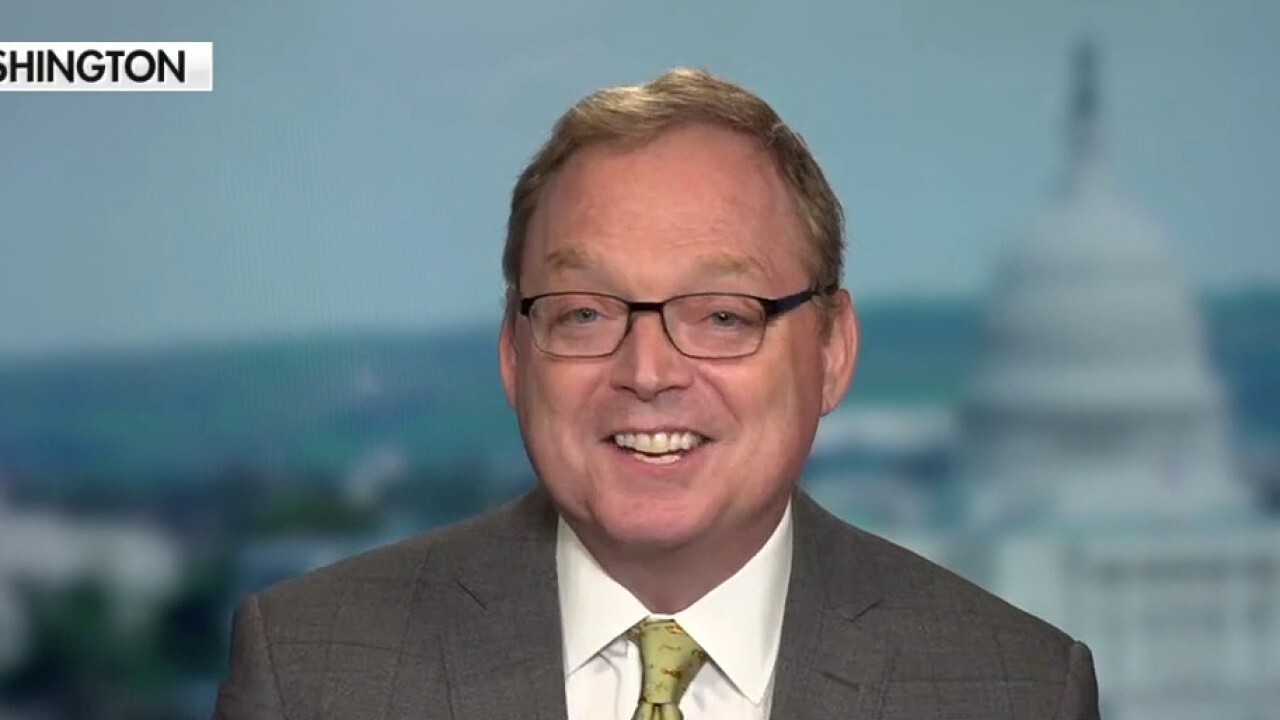 Former Chairman of the Council of Economic Advisers Kevin Hassett discusses market concerns due to terrorism worries on ‘Kudlow.’

When Joe Biden spoke to the country about this disaster on Monday, he played the blame game like he always does. Of course, he blamed Trump and then he blamed other administrations—and then he blamed Europe and, if he had time, he undoubtedly would've blamed the man on the moon.

One group Biden forgot to blame—I’m sure it was just an oversight—is the Taliban. They are terrorists. In fact, many have forgotten the original mission in Afghanistan post 9/11 was to destroy the terrorists harbored in that country who were crucial in the attack on America in 2001. That was the mission and it should remain the mission today.

The problem with this whole story is that the foreign policy liberals and globalists multilateral folks turn this anti-terrorist mission into a nation-building mission. That kind of mission creep is very dangerous and, to some extent, is going to be one of the worst consequences of this foreign policy humiliation inflicted on the country by the Bidens.

You see, the Taliban terrorists will harbor groups like ISIS and Al Qaeda— and who knows what other America-hating, crazy terrorist groups will be found in Afghanistan under the Taliban regime.

Let’s not forget also that Joe Biden, who is always wrong about foreign policy and a whole lot of other things as well, opposed the Obama assassination of Osama Bin Laden.

Well, guess where the Obama killing occurred? Pakistan. Pakistan has been harboring terrorist groups for quite some time and they will continue to do so. The Pakistani president Imran khan cheered the Taliban takeover of Afghanistan.

This guy's supposed to be a U.S. ally but he's not. He offered Pakistani safe haven to the Taliban during this whole two-decade period.

You can count on Pakistan to provide resources to the Taliban terrorists in the future. I'll bet you Iran does the same. I don't know about China and Russia. Surely, they like the fact that America is a paper tiger once again, but those countries have no love for Muslim terrorist groups.

Maybe China will be emboldened in Taiwan—a clear risk. Maybe Russia in the Middle East and elsewhere for cyber-hacking—another clear risk. We will see.

The key point I wish to make is that when the Taliban broke the Trump deal, the Biden administration should have immediately stomped all over them. Just as soon as the Taliban started taking over provincial capitals, the Bidens should've launched massive airstrikes with spotters and other support on the ground to crush the terrorist takeover.

As Mr. Pence noted in his op-ed, "Taliban leaders understood that the consequences of violating the deal with Trump would be swift and severe."

The Taliban knew there was no credible threat of force with President Biden, but in these delicate foreign matters it is always better to be greatly feared than loved (to paraphrase Machiavelli).

Years ago, I worked for Ronald Reagan. His critics often labeled him a nuclear trigger-happy cowboy from the west. I always loved that and I think the Gipper did too because that meant folks feared him—and whether destroying the Soviet Union or destroying modern day terrorists, it is much better to be feared than loved.

That's a lesson the Bidens don't understand. They are engulfed in a paper tiger syndrome and now America will pay dearly for this catastrophic mistake.