In case you’ve spent the past 84 years wondering why Kendall Jenner’s love life isn’t part of Keeping Up with the Kardashians, the answer is simple: she has a straight-up no boyfriend rule. KUWTK executive producer Farnaz Farjam told Bravo’s The Daily Dish podcast that Kendall wanted to keep relationships off the show to make sure people were there for the—to quote The Bachelor—right reasons.

“Kendall’s always had this rule — she just felt like she had to be with someone for at least a year before she lets them be a part of the show, because she doesn’t always know what people’s intentions are,” Farjam explained, via Us Weekly. “So that’s why we kind of kept her personal life out of it, just because she had a rule.” 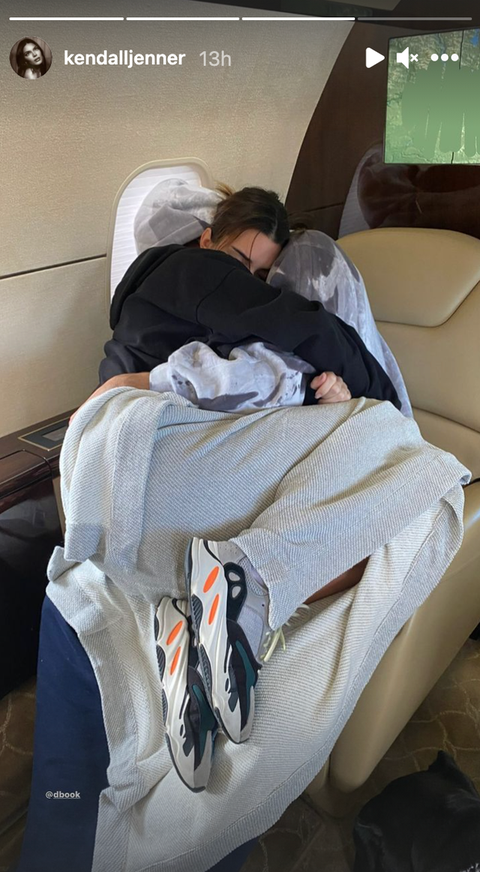 Honestly, this makes perfect sense and explains why some of Kendall’s more high profile rumored relationships (hello there, Harry Styles) have’t made it onto Keeping Up with the Kardashians. Of course, we all know that Kenny is currently dating Devin Booker and just celebrated their anniversary with some very public and very loved-up Insta posts, so it’s not as if she keeps these things 100 percent private. Back in March, a source told Us Weekly that Kendall and Devin “care about one another immensely” but won’t be “getting engaged any time soon,” and that Kendall “likes the pace at which things are going at the moment and has no plans to elevate things so quickly.”

Now that these two have been together a year, guess we’ll see if Devin joins Kendall for the Kardashians’ new show over on Hulu!

You love all the deets on celeb relationships. So do we! Let’s overanalyze them together.