Home » Celebrities » 'KUWTK': Some Think the Way Kourtney Kardashian's Sisters Are Treating Her is Just 'Karma'

'KUWTK': Some Think the Way Kourtney Kardashian's Sisters Are Treating Her is Just 'Karma'

Fans and viewers truly had no idea just how dramatic the new season of Keeping Up With the Kardashians was going to be. However, they almost immediately found out. In the premiere of season 18, the viewers say the Kardashian and Jenner sisters get into a heated discussion about work ethic. With in no time, the discussion had quickly escalated. Kourtney and Kim‘s aggressively exchanged words before things got physical. Since the incident, many fans have been exploring and analyzing both sides of the argument and the history between the two sisters. Some fans think that the recent drama is a direct result of karma due to Kourtney‘s unkind past. Find out how fans are feeling overall about the dramatics, and why some think Kourtney may deserve whatever has been coming to her. 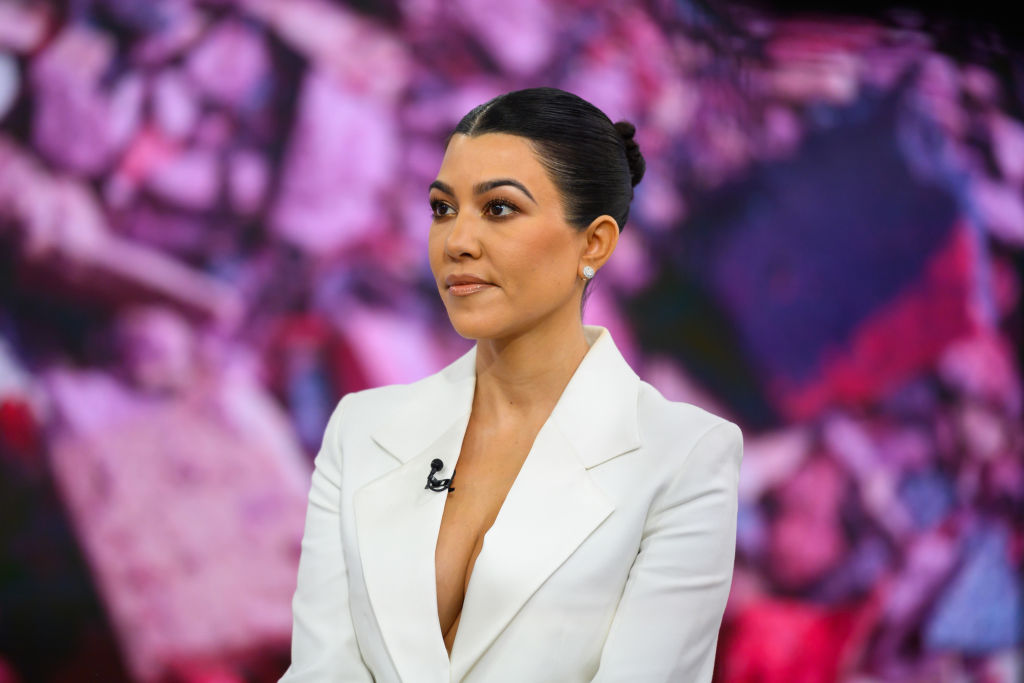 Keeping Up With the Kardashians seem to be struggling to pick a side when it comes to the recent drama between Kourtney and Kim. A recent Reddit thread summarized the complex feelings many of the fans have been experiencing. The discussion started with a comment immediately acknowledging the internal battle so many fans have been up against. A user wrote, “Sometimes it feels like everyone is pro-Kourtney, other times it feels like they’re pro-Kim.” This seems to be a collective conflict amongst loyal fans of the reality television series. Another user followed up saying, “Honestly, I’m not even sure which side I’m on. Sometimes I feel pro-Kourtney and sometimes I feel like Kim is the one in the right.” More and more comments followed reiterating the struggle of going back and forth between which sister is in “the right.” Throughout the course of the recent discussion, many relevant and interesting points were mentioned, but many of the comments kept circling back to the same controversial topic. Find out what the common complaint so many fans have been discussing in relation to the Kourtney and Kim drama on season 18 of Keeping Up With the Kardashians.

Why do some fans think Kourtney’s recent drama on Keeping Up With the Kardashians is a result of karma?

Fans of Keeping Up With the Kardashians are never shy when it comes to sharing their opinions and perspective on what goes down on the reality television show. There have been a lot of comments made and opinions shared since viewers first saw the infamous fight between Kourtney and Kim that kicked off the brand-new season. Fans were shocked, to say the least, but now some fans are beginning to speak up about why they think Kourtney’s recent turn of events is actually just karma at its finest. In this discussion were fans hashed out the recent sisterly drama one user wrote, “I’m glad Kim is finally standing up for herself and Kourtney is getting her karma.” A lot of fans used the recent Reddit discussion as an opportunity to remind the participants and readers that Kourtney is no angel, and she too has a less than perfect history. Take a closer look at some of Kourtney’s most memorable moments being mean.

What moments on Keeping Up With the Kardashians showcase Kourtney’s harsher side?

Since season one of Keeping Up With the Kardashians, the viewers have seen their fair share of drama between the sisters. Kourtney and Kim are no exception. When some fans began suggesting the recent series of events is just in fact karma playing out, many viewers anxiously agreed with the theory. Fans began listing some of Kourtney’s most memorable moments on the show that showcased the famous star’s hostile side. Who could forget when Kourtney told Kim that she was disgusted to be related to her? The vile blow out was all over the fact that Kim was upset that Kourtney continued to take things from Kim’s closet without asking. In the past, Kourtney has blatantly made fun of Kim’s body and the way she cries. In regard to the fight that viewers witnessed in “Fights, Friendship, and Fashion Week,” many fans were eager to point out that Kourtney’s energy, comments, and actions definitely ignited much of the altercation. After all, she was the one who immediately threw her water bottle at Kim. These were just a few of the reasons that fans listed as evidence of Kourtney having to face up to karma.