The COVID-19 pandemic has negatively impacted the sports world in a massive way. Because of that, NBA players are beginning to see their paychecks look a little smaller. However, six guys have already been paid their full salaries for the 2020 season. This means that guys like LeBron James and Stephen Curry owe their teams (the Los Angeles Lakers and Golden State Warriors) a lot of money.

LeBron James has already earned over $300 million in his career

RELATED: LeBron James Has Sadly Had to Mourn Two Deaths During the 2019-20 Season

Of course, LeBron James has earned a lot of money in endorsements throughout the years. He has, however, also received a massive amount of money for just playing basketball.

Because of all of his endorsements and off-court endeavors, James’ net worth is even higher than that $306.98 million career-earnings number. Celebrity Net Worth reports that James has an estimated $480 million net worth.

No matter how much James owes the Lakers, he will be just fine financially.

In April, the NBA and the National Basketball Players Association agreed to withhold 25% from each player’s paycheck starting on May 15, ESPN reported. Teams in the NBA are withholding more than $30 million from paychecks on May 15, according to ESPN. The NBA and the players association will spread out the reductions into the first four pay periods through November and December of next season.

If the NBA cancels the rest of the regular season because of COVID-19 and jumps into the playoffs, players could see the 25% jump up to 40%. If the entire season is canceled, though, players could lose more than $1 billion in salary, according to ESPN.

If the NBA were to have the season pick up where it left off in March, though, the teams would have to refund the full amounts to their players, according to ESPN. Teams were notified that they should preserve the money they withhold from the paychecks until the completion or cancellation of the season. They are, however, free to spend the money any way they want to, sources told ESPN.

Some players already received their full salaries for the 2019-20 season, though, so what happens with them? 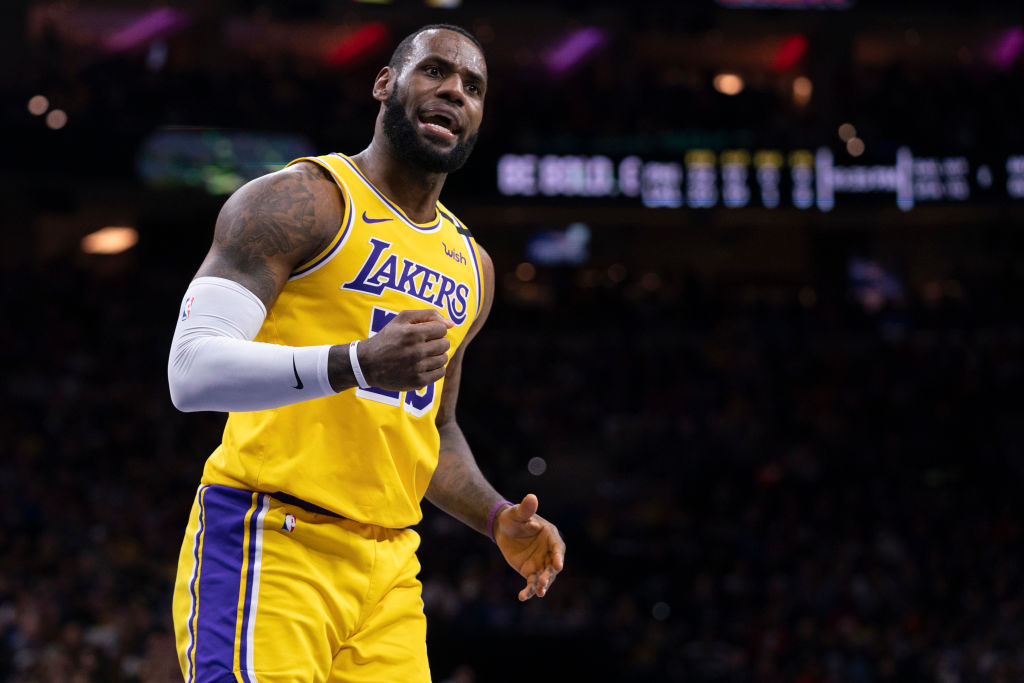 RELATED: LeBron James Spent His First Nike Check the Only Way a Teenager Would

Six of the top 10 earners in the NBA have already received their full salaries for the 2019-20 season, according to ESPN. So, they will not have their pay decreased on Friday. These players are LeBron James, Stephen Curry, John Wall, Blake Griffin, Kevin Durant, and Paul George.

These players will either have their advances for the 2020-21 season reduced when they receive them on Oct. 1 or have their Nov. 15 paychecks reduced. They each will have an IOU per paycheck. James will owe the Los Angeles Lakers $390,000 each time there is a scheduled 25% pay reduction, according to ESPN. Curry will owe the Golden State Warriors $420,000.

Additionally, Russell Westbrook will lose $200,555 from his May 15 paycheck, but due to him getting a salary advance in the offseason, he will also owe the Houston Rockets $200,000 in 2020-21 salary, according to ESPN.

We all know that all of these guys should be OK financially. They have all made a lot of money in their careers already. The amount they owe their teams, though, is still pretty large.