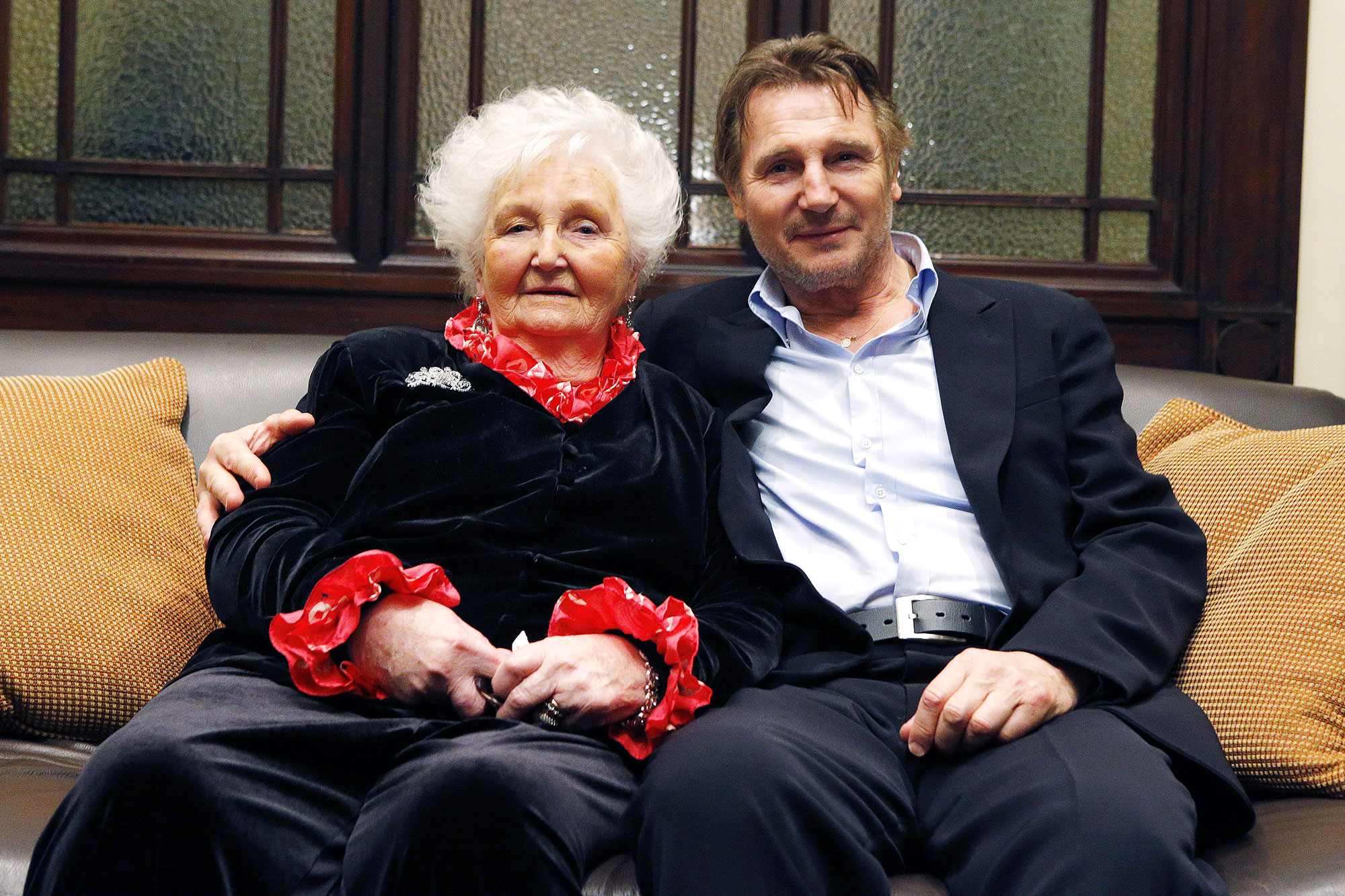 Liam Neeson is mourning the loss of his mother, Kitty Neeson. Katherine “Kitty” Neeson died at 94 in northern Ireland on Saturday, June 6, one day before the actor’s 68th birthday.

The news was confirmed during a mass at All Saints Church in Ballymena, which was live-streamed on Facebook.

“Let us pray for the faithful departed. We pray for those that died recently … and Kitty Neeson. Her funeral arrangements will be later,” Parish Priest Monsignor Paddy Delargy said.

Mayor Councillor Peter Johnston of Mid & East Antrim Borough Council also spoke out following her death. “Very sorry to hear this news. As Mayor of Mid and East Antrim, I will be raising this at full council on Tuesday where we will be holding a minute’s silence. Rest in peace, Kitty,” he said, per local outlet Ballymena Daily.

According to The Irish Times, Kitty passed away at a nursing home and she will be buried in a private ceremony on Tuesday, June 9.

Kitty’s husband, Barney, died in 1988. She is survived by the Love Actually actor, daughters Elizabeth, Bernadette and Rosaleen, and by her grandchildren and great-grandchildren.

Liam is the father of sons Micheál and Daniel with Natasha Richardson. The late actress died in March 2009 after hitting her head during a ski lesson in Montreal, Canada. After complaining of a headache, she was rushed to Lenox Hill Hospital in New York. She was 45.