The Dancing With the Stars pros revealed via Instagram that their newborn babies had their first official play date on Wednesday. Judging by all the adorable pics and videos Lindsay and Witney shared, it appears Sage and Leo have already formed a special bond.

“I am going to see baby Leo today!” Lindsay exclaimed. “I am so excited for Sage and Leo to meet. Seriously, I cannot wait to see that cute little boy and hug Wit. I’m so proud of her. And yeah, I’m pretty excited. I’ll let you know how it goes.”

Hours later, the photos started rolling in, and Witney said it best: “Are you kidding me right now? The cutest thing I’ve ever seen.” 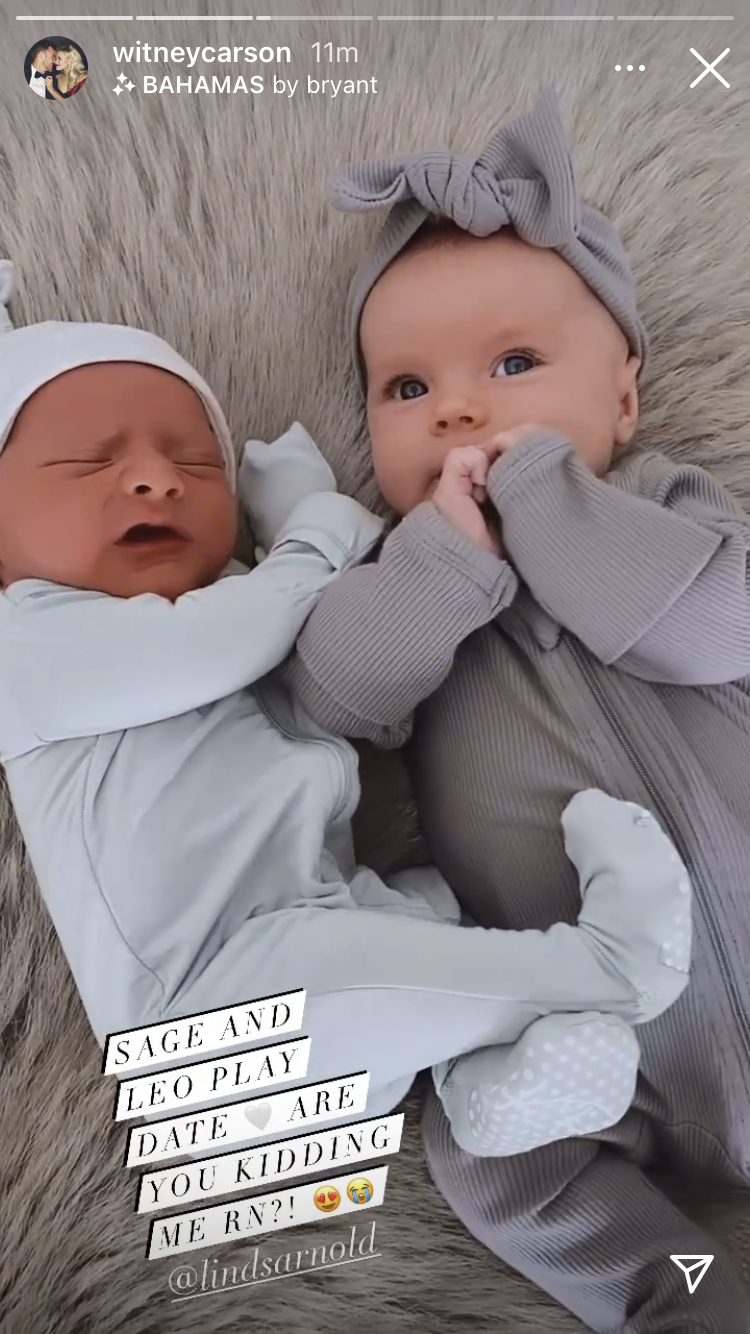 Back in November, ET exclusively spoke with Lindsay and Witney about what it was like being pregnant together and having to take a season off from Dancing With the Stars.

“I just can’t believe it. Witney and I are sitting here both pregnant, chatting with Entertainment Tonight!” Lindsay gushed at the time. “It’s actually insane. We’ve done so many things in our lives together, so it’s like, naturally, why wouldn’t we get pregnant together? It’s so funny because you can’t really plan a pregnancy. I mean, you can plan when you want to try, but it’s not like it’s always going to happen when you want it to.”

“Now we’re just comparing our bellies,” added Witney. “Like, can you believe we both have bellies right now? It’s really weird.”

One thing that really excited both Witney and Lindsay at the time was the thought of their babies getting together for play dates, which they’re hoping will eventually turn into dance classes.

“Oh, it’ll be full throttle for sure!” Witney raved. “We’re gonna take turns with day care. Like, Lindsay, you take them once a week, me once a week. And we’ll sneak in some dance lessons there, in day care.”

“Yes, and it’s perfect we have a boy and a girl,” added Lindsay. “I feel like it’ll be good because boy and girl friend relationships are so much fun. They can be partners, maybe girlfriend, boyfriend, who knows.”

Hear more in the video below.