Money saving expert Martin Lewis, 47, has slammed a Twitter user, who targeted him and his wife Lara Lewington, 40, online and seemingly referred to the latter as a “gold digger”. The TV presenter slammed the claims and told them “it’s offensive”.

I know you think it’s a joke but actually it’s offensive.

Martin, who has been providing the nation with his money-saving advice during the coronavirus outbreak, responded to a now-deleted tweet, which was seemingly aimed at his wife.

Writing to his followers, he said: “I know you think it’s a joke but actually it’s offensive both to me and my wife – you’re accusing her of being a gold digger.

“We’ve been together for 15 since way before MSE was owt big.”(sic)

Martin then continued to say: “And the mutual support and love we give each other is part of where we both are now.” 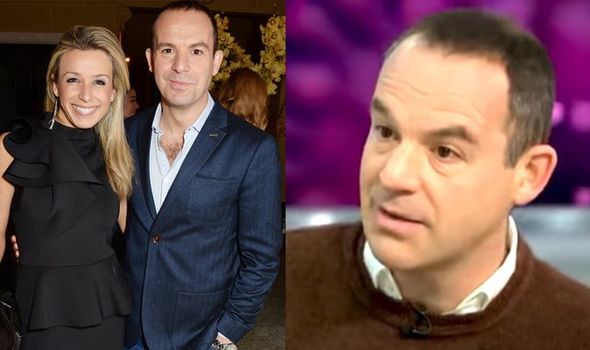 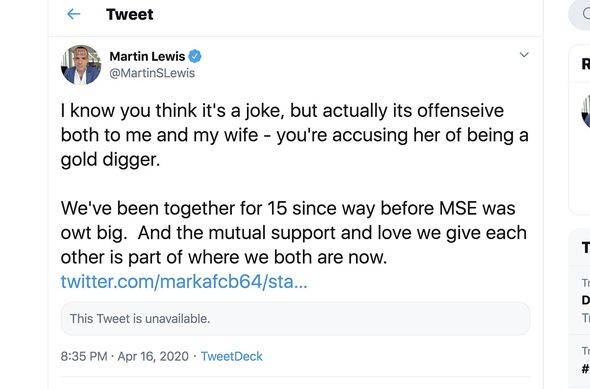 Soon after the money expert publicly defended Lara, fans of the TV star rushed to comment on how he shouldn’t have to respond to their comments and how much they “appreciate” his work during this time.

One wrote to Martin: “You shouldn’t have even dignified the loser with a response.

“Shout out to Mr & Mrs Lewis… 15 years of togetherness and mutual support (note: I acknowledge that she may go by another name).”

Another then commented: “Should be Sir Martin Lewis, appreciate all the work you do, and are doing during this very difficult time.” 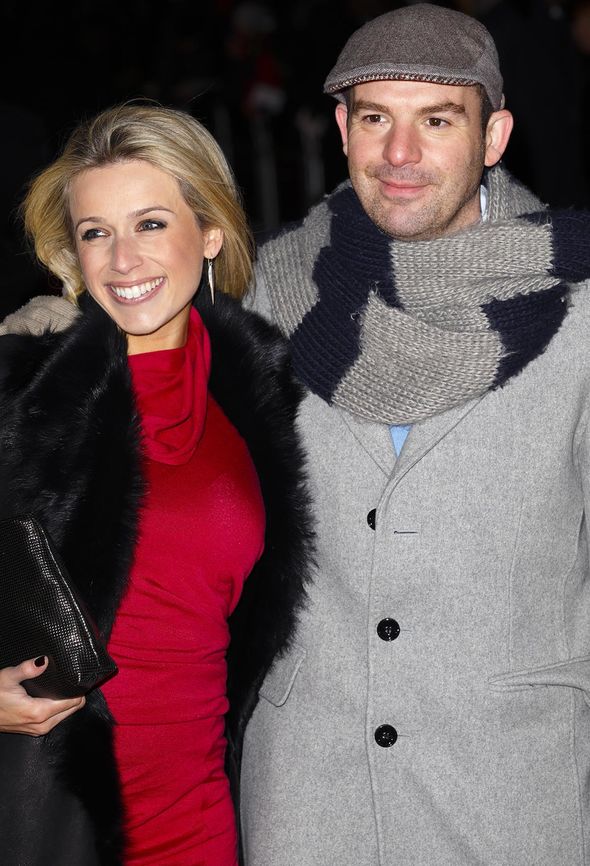 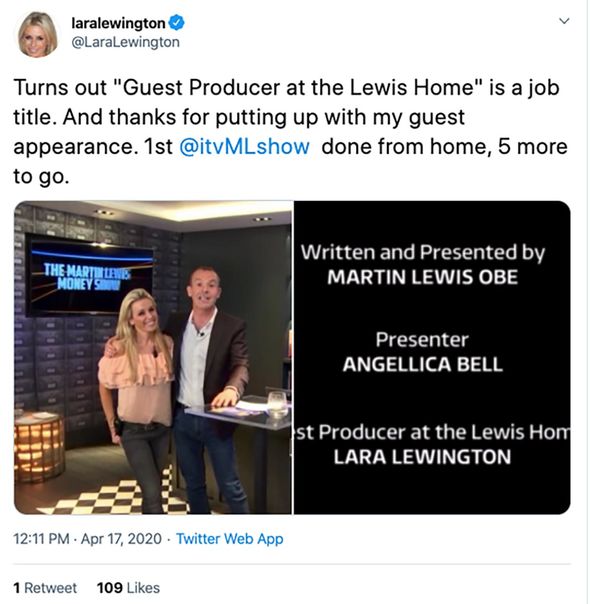 A third user added: “Totally agree with that man, he should be knighted!”

Another one of Martin’s followers then said how “sad” the negative comments were against him, as they commented: “It’s sad really. You do a great amount of good Martin for the ordinary citizen.

“Be proud. You clearly have great support behind you to have such drive.”

Martin has continued to provide his expert advice by carrying on with his ITV Martin Lewis Money Show in recent weeks.

Lara has been keeping their fans updated by documenting how they have been working together to produce his programme from their home.

After today’s show, Lara shared a picture of the two of them while announcing her new job title as “Guest Producer at the Lewis Home”.

Writing to her 35,000 followers, the journalist said: “Turns out ‘Guest Producer at the Lewis Home’ is a job title.

“And thanks for putting up with my guest appearance. 1st @itvMLshow done from home, 5 more to go.”

Soon after Lara shared her “new job” announcement, fans of the couple rushed to praise them about the show.

One wrote to the TV presenter: “Does it pay well? Lol. Good effort guys, well done,” while another told Lara: “Brilliant title. Congratulations on the new job.”

Earlier this week, the founder of the website Money Saving Expert, warned and advised those who are currently self-employed to fill out their 2018/2019 tax return before the looming deadline.

Writing to his Twitter followers, Martin announced: “Important: If you’re self-employed, and hoping to be eligible for the ‘self employed income support scheme’, if you haven’t filed your 2018/19 tax return yet (which means you’re very late) you only have until 23 April to do it.”

Martin added: “Or you won’t be eligible for the support.”