Home » Celebrities » New Melania Trump book: Melania is just as much of a monster as her husband

New Melania Trump book: Melania is just as much of a monster as her husband 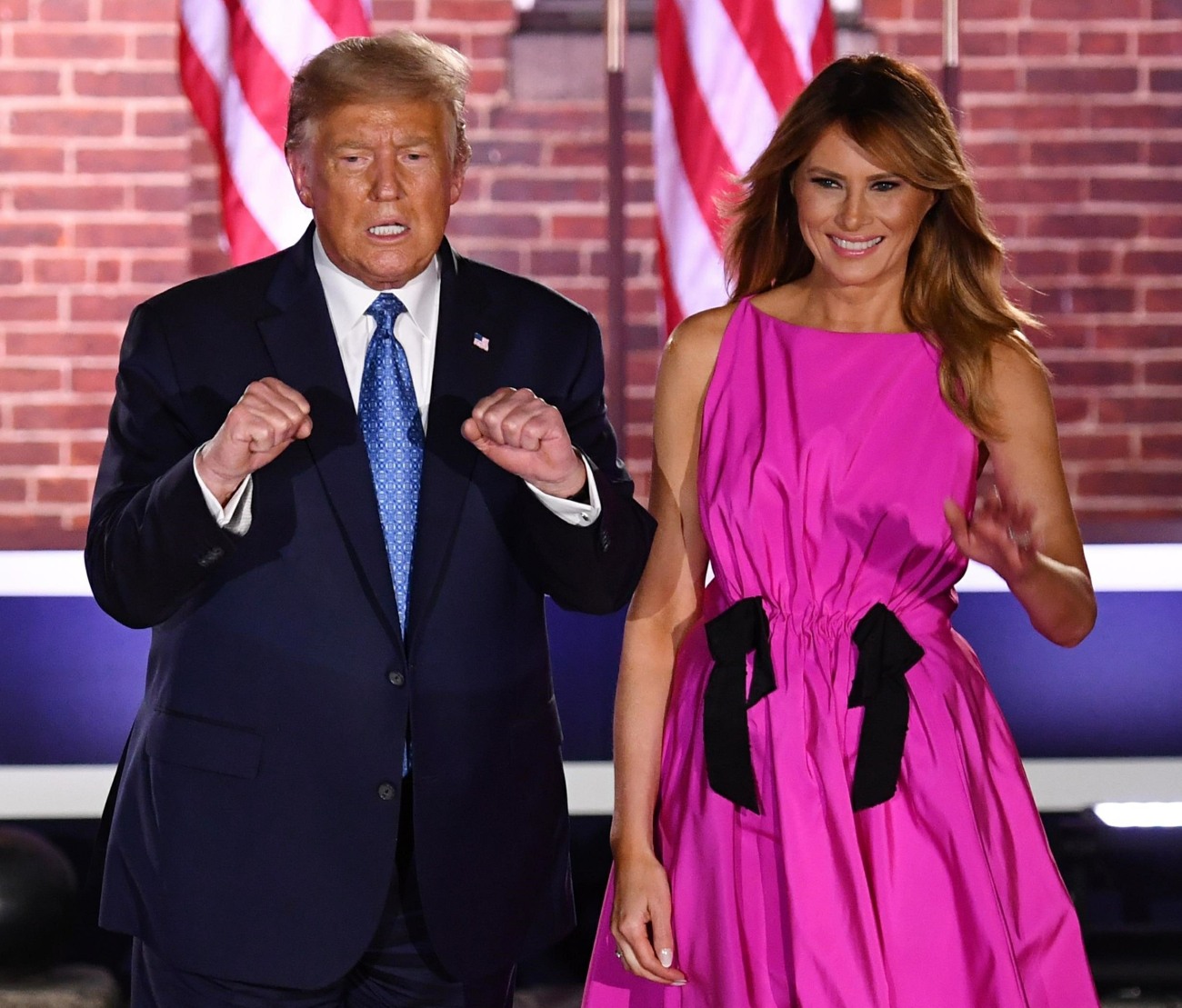 As we discussed last Friday, there’s a new book out about Melania Trump. What makes this book different from all of the dumbass other books about Melania is that it was written by someone who was once pretty close to Mel. That person? Stephanie Winston Wolkoff, a former Vogue staffer who came to work for Melania for the inauguration and beyond. The book is called Melania and Me: The Rise and Fall of My Friendship With the First Lady. The first big headline from the book was that Melania hates Ivanka Trump, her stepdaughter and direct competition for Trump’s favorite woman. But the real headline is that Melania is f–king awful. She’s always been awful. Wolkoff spoke to Vanity Fair about the book and more, all from her New York apartment full of the literal receipts from her friendship and work with Melania.

Whether Wolkoff was fired because of shady inaugural spending: The truth, as Wolkoff lays out, was that there wasn’t a grift on her part, and she was told privately that her firing from the White House had nothing to do with inaugural spending, despite reports to the contrary. Melania did nothing to defend her at the time, and after more than a year of feeling like there was something amiss with the way the inaugural funds were spent and the events were planned, Wolkoff started to protect herself. Since then, she has participated in investigations into inaugural spending.

Melania’s “I really don’t care, do u?” coat, which she wore to a detention center holding children who had been separated from their parents at the U.S. border. Melania shrugged off the public firestorm around the sartorial choice—a common theme throughout the book. “I’m driving liberals crazy,” she told Wolkoff, according to the book. “You know what? They deserve it.” She added that people “connect stuff to my clothes” and that she wears what she wears “because I like it.”

Melania on the media: “They all went crazy about the zero-tolerance policy at the border. But they don’t know what’s going on. The kids I met were brought in by coyotes, the bad people who are trafficking, and that’s why the kids were put in shelters. They’re not with their parents, and it’s sad. But the patrols told me the kids say, ‘Wow, I get a bed? I will have a cabinet for my clothes?’ It’s more than they have in their own country where they sleep on the floor. They are taking care nicely there.” She added, “Did Michelle Obama go to the border? She never did. Show me the pictures!”

Why Mel didn’t move to the White House right away: Melania told Wolkoff that she would not move to D.C. until the shower and toilet in the White House residence had been replaced. She painted her office and closet bright pink, and she added a glam room to the residence in which she could have her hair and makeup done. She would pay no mind to wearing American designers, as Michelle Obama had. If Melania had her sights set on wearing Karl Lagerfeld, she wore Karl Lagerfeld. If she wanted to wear stilettos to visit a hurricane-ravaged town, she wore stilettos. If she wanted to be referred to on a Christmas card as “First Lady-Elect,” even though no other first-lady-to-be had used the term because, as Wolkoff reminded her, it is not an elected position, she did it anyway. “Melania,” she writes, “Did. Not. Care.”

Melania on her husband’s affairs & perversions: She’d brush off his “grab ‘em by the p-ssy” tape or settlements to Stormy Daniels with, “It’s politics.” Over the years, according to the book, when Wolkoff would express her concern, Melania would matter-of-factly respond, “I know who I married.”

On Melania’s hatred for Ivanka: Once they were in the White House, Wolkoff writes that Ivanka and her staff wrote to her and Melania about cohosting several events that were traditionally hosted by just the first lady. “Are you kidding me?” Melania asked Wolkoff about Ivanka’s request to collaborate for International Women’s Day. “Seriously? I’m not co-hosting.” For the annual luncheon held for the governors’ spouses that Ivanka wanted in on, Melania said, “We need to let her know that I know this is a First Lady event done every year…OMG. They just want to take credit for it.” After hearing that Ivanka had worn a KaufmanFranco dress for an event, Melania said, “Forget it.” According to Wolkoff, “If Ivanka was dressed by a designer, Melania would cross them off her list.” At one point, Melania apparently warned Wolkoff in a text: “You know how they are snakes.”

You know what’s funny-sad to me? We’ve known this whole time that Donald Trump is obsessed with Barack Obama and obsessed with ripping apart Obama’s legacy, but we didn’t know that Melania had her own pathetic little obsession with Michelle Obama. Michelle Obama, who was grace, dignity, intelligence, wit, humor and compassion personified. And Melania only wants to both steal the superficial things from MO *and* rip apart MO’s legacy too. The only time I’m on Mel’s side just a tad – and to be clear, I still hate her and think she sounds like a miserable person – is the Ivanka stuff. Mel was actually right to keep Ivanka from all of that stuff. But refusing to wear the same designers as Ivanka? LOL. How juvenile. I bet that’s why Mel has never worn any of the American designers Michelle wore all the time too. 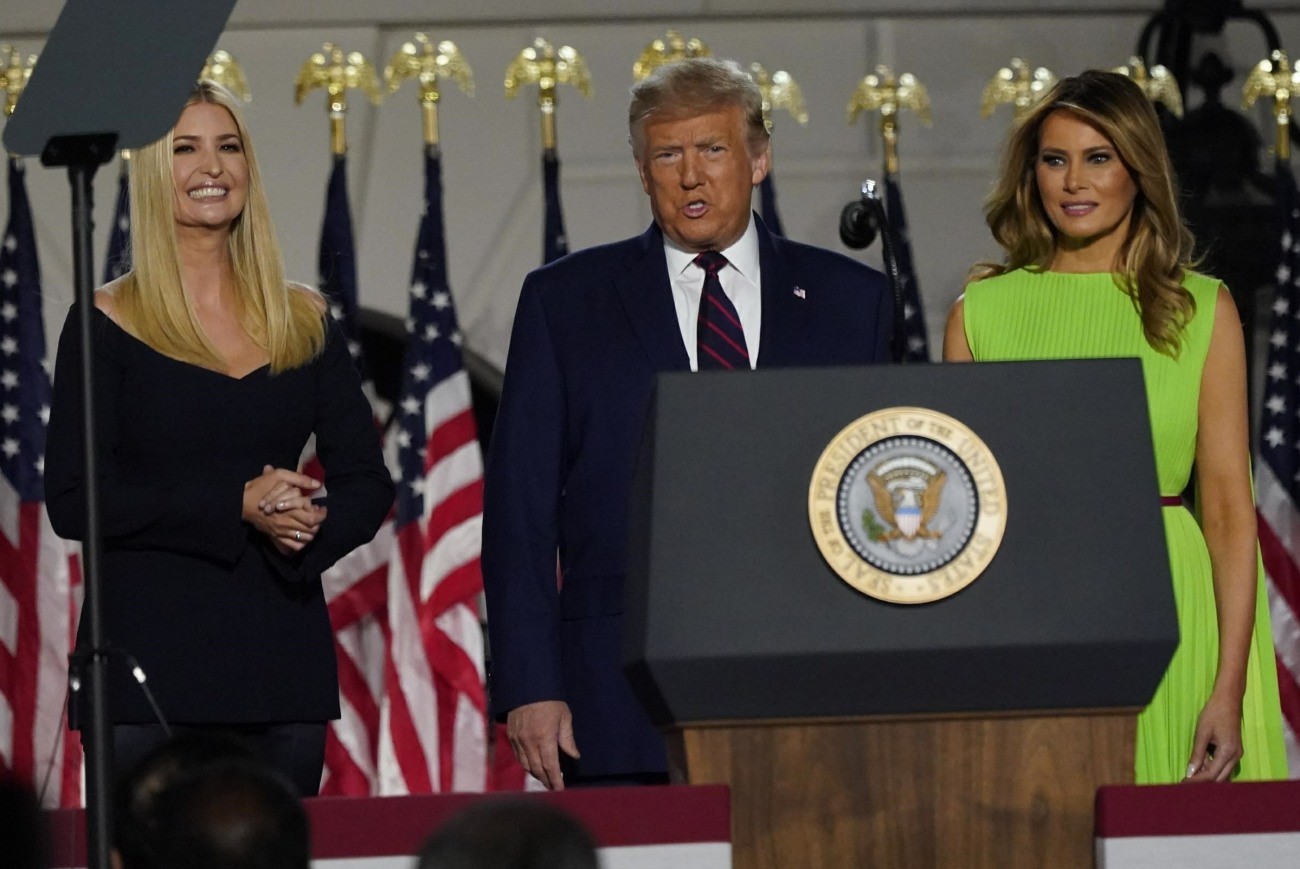