Olivia Wilde served custody papers while on stage at CinemaCon 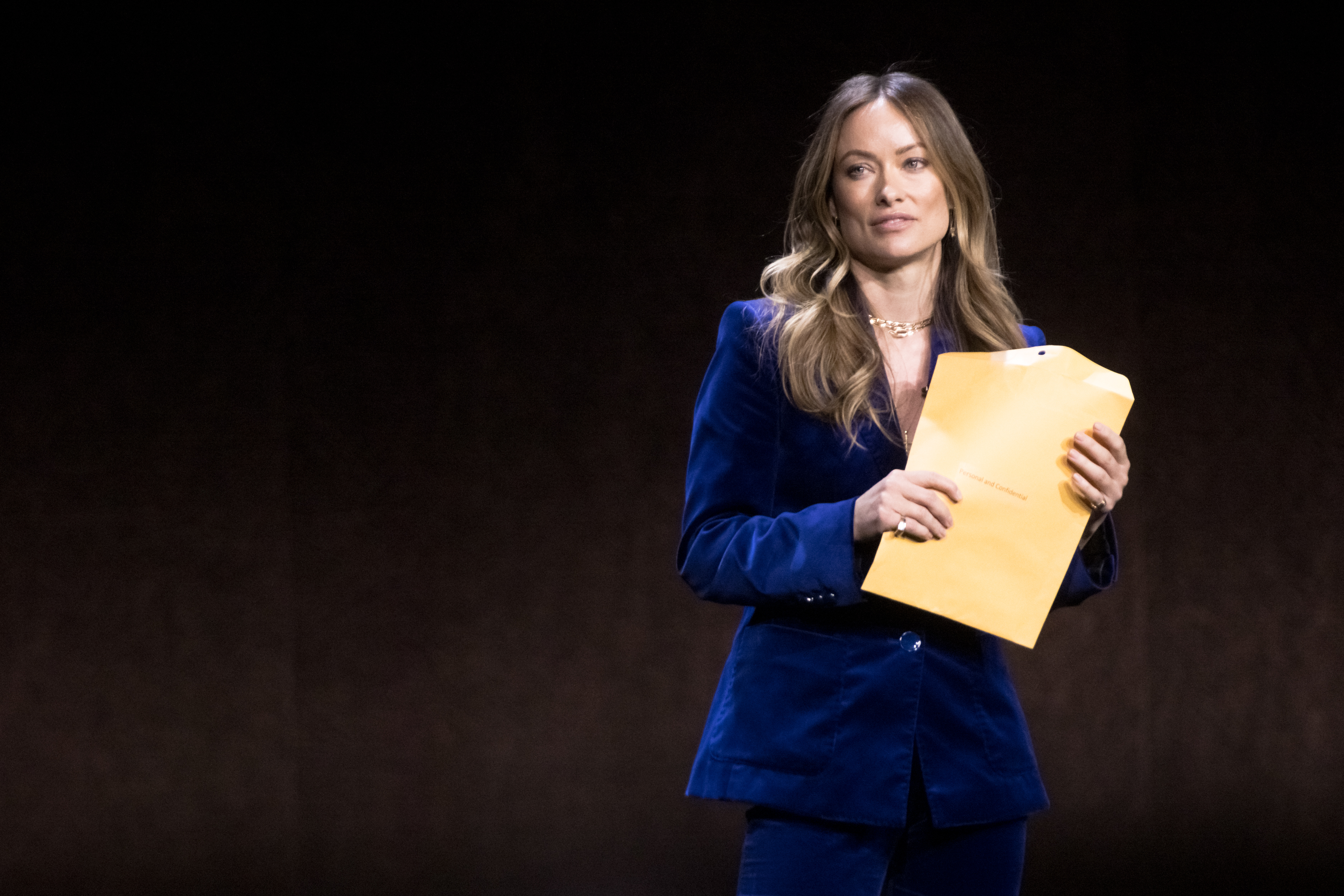 Olivia Wilde was served custody papers by Jason Sudeikis while live on stage at the 2022 CinemaCon.

The 38-year-old actress was in the middle of a presentation for her film Don’t Worry Darling in Los Angeles on Tuesday night when she received legal documents from her the father of her children.

Deadline reports that Wilde was briefly interrupted when she was approached by somebody in the front rows who slid the envelope across the front of the stage toward her.

‘This is for me?’ she is believed to have asked.

It has been claimed that Sudeikis was not aware the papers would be served in such a public manner.

A representative for Sudeikis said: ‘Mr. Sudeikis had no prior knowledge of the time or place that the envelope would have been delivered as this would solely be up to the process service company involved and he would never condone her being served in such an inappropriate manner.’

Wilde and Sudeikis share two children. They had been engaged but never formally tied the knot, before separating in late 2020.

Wilde is currently in a relationship with former One Direction star Harry Styles, who she began dating after casting him in her psychological thriller film Don’t Worry Darling.

In an interview with US Vogue in December, she addressed the furore over the 10-year age gap in their relationship.

She said: “It’s obviously really tempting to correct a false narrative. But I think what you realise is that when you’re really happy, it doesn’t matter what strangers think about you.

‘All that matters to you is what’s real, and what you love, and who you love.

‘In the past 10 years, as a society, we have placed so much more value on the opinion of strangers rather than the people closest to us.