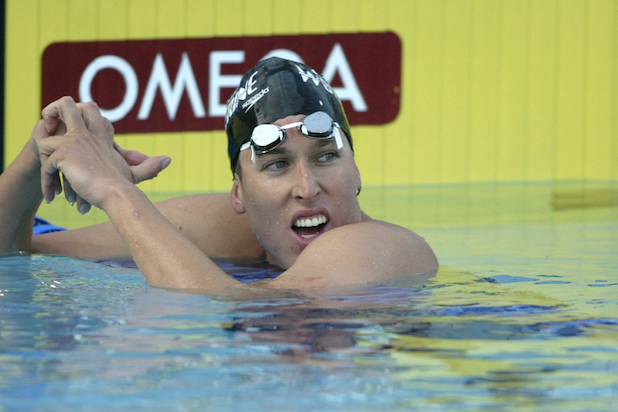 Klete Keller, a gold medal-winning Olympic swimmer, was charged Wednesday for his participation in last week’s breach of the United States Capitol.

According to documents reviewed by TheWrap, Keller was identified after conservative media site Townhall posted a video that showed a tall man in a USA Olympic team jacket inside the Capitol at the time of the riot.

Keller, 38, was charged with obstructing law enforcement engaged in official duties incident to civil disorder, knowingly entering or remaining in any restricted building or grounds without lawful authority and Violent entry and disorderly conduct on Capitol grounds.

He competed in three Olympics beginning in 2000, and according to USA Today earned five medals overall, including golds in 2004 and 2008.

Reached for comment before the charges were public but after his presence at the Capitol was known, USA Swimming distanced itself from Keller, noting he hasn’t been a member of the organization since 2008 — when he last competed in the Summer Games.

“We respect private individuals’ and groups’ rights to peacefully protest but in no way condone the actions taken by those at the Capitol last week,” a spokesperson said. A rep did not immediately return a request for further comment after the charges.

Demonstrators who support President Donald Trump and his attempts to overturn the election descended on the nation’s capital last week to protest the certification of President-elect Joe Biden’s win, which Trump has baselessly insisted since the election was the result of widespread voter fraud. At Trump’s urging, some demonstrators turned their attention to the Capitol building, which they breached, sending lawmakers into lockdown and postponing the certification. All told, at least six deaths have been associated with the riot, including those of two Capitol police officers.

END_OF_DOCUMENT_TOKEN_TO_BE_REPLACED

END_OF_DOCUMENT_TOKEN_TO_BE_REPLACED
This website uses cookies to improve your user experience and to provide you with advertisements that are relevant to your interests. By continuing to browse the site you are agreeing to our use of cookies.Ok