Royal coincidence! Years before she was cast to play a princess on The Crown, Emma Corrin watched from the wings as Prince William and Duchess Kate exchanged vows.

‘The Crown’ Cast Through the Years: Photos

The Netflix star, 25, wasn’t always a “massive royal family person,” but decided to attend the couple’s April 2011 nuptials on a whim. “I remember 10 years ago, I was 15, I was with my friend Katherine and we got very, very swept up in the royal wedding fever, I think probably because we were both very bored and very single. So we decided to go,” she recalled during a recent appearance on Jimmy Kimmel Live! 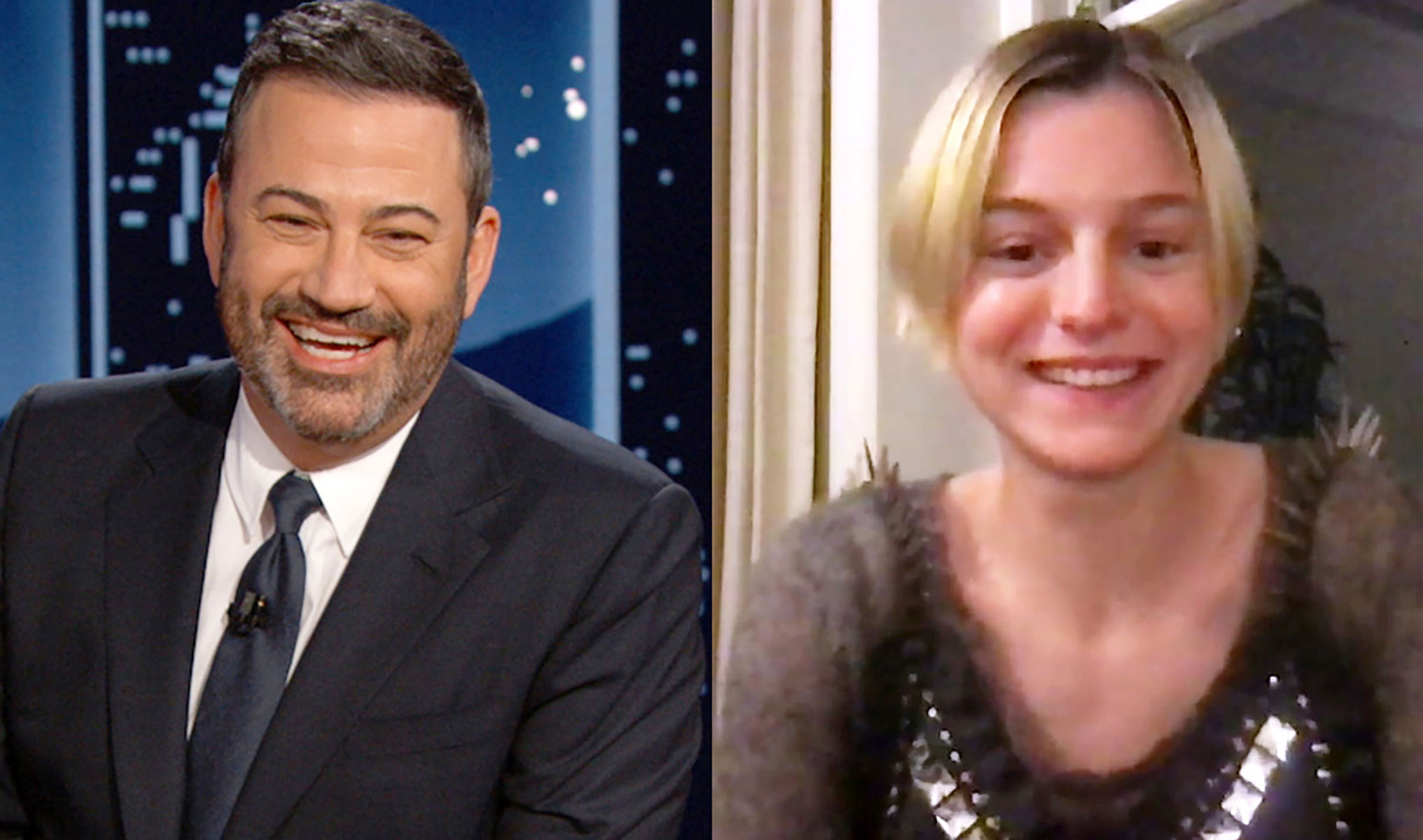 Before the big day at Westminster Abbey in London, the My Policeman actress and her pal made sure they knew all the details of the Duke and Duchess of Cambridge’s love story by heart thanks to a “made for television” movie about their relationship that was “so bad that it’s so good.”

When she was standing in the crowd watching wedding guests arrive, Corrin was “so excited” to be part of the special occasion, even in a small way. “My friend Katherine had this great inflatable daffodil,” she remembered. “When we were watching the footage back to see if we could get a glimpse of ourselves, we couldn’t see ourselves but we did see — in the middle of these crowds — this massive inflatable daffodil that she was holding up.”

Nearly one decade later, the British actress went on to win a Golden Globe for her portrayal of William’s late mother, Princess Diana, on season 4 of The Crown. Since the historical drama was Corrin’s first major role, Corrin felt plenty of pressure to ace the performance.

“At first, I wanted to, like, bury myself under a carpet for a long time to sort of process it and that still hasn’t really happened,” she told host Jimmy Kimmel. “And then I sort of just tried to absorb as much information as I could.”

Her work on the series was met with critical acclaim — and even scored some royal fans. While William and Kate, both 39, haven’t revealed whether they’ve seen the series, Prince Harry admitted earlier this year that he and Meghan Markle had tuned in on occasion. 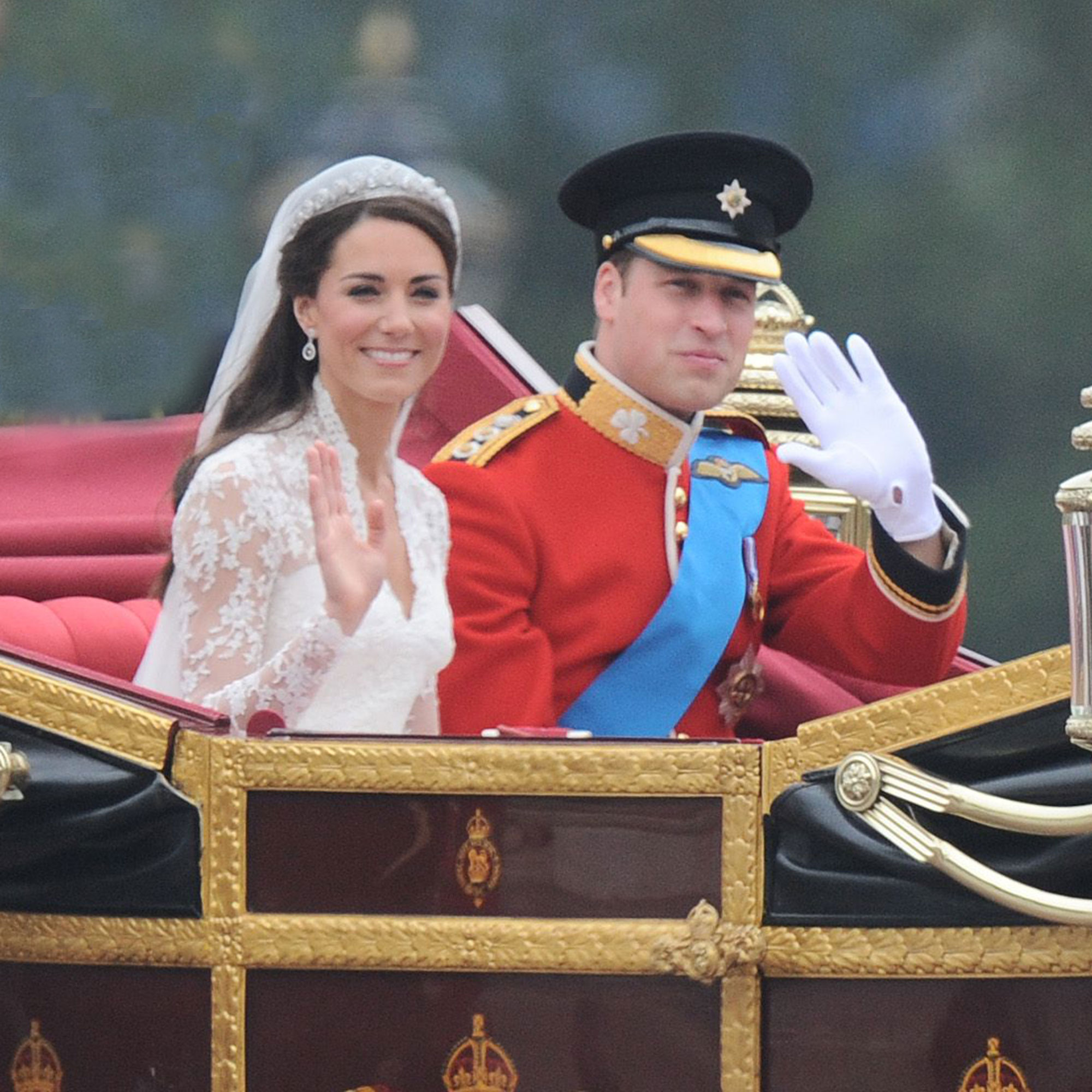 “They don’t pretend to be news. It’s fiction,” the Duke of Sussex, 36, said during a February interview on The Late Late Show With James Corden. “But it’s loosely based on the truth. … It gives you a rough idea about what that lifestyle, what the pressures of putting duty and service above family and everything else, what can come from that.”

Learning that an actual member of the British royal family had watched her channel Diana on the small screen came as a major shock to Corrin, but she was “incredibly grateful” for his honest review.

Everything the Royal Family Has Said About ‘The Crown’

“It’s difficult, with The Crown, since it is so fictional, it feels so removed from the actual royal family. But on the other hand, the characters are based on real people, so there is something there,” she told reporters after she and her costars won big at the 2021 Golden Globes in February. “I was incredibly moved by what he said. Obviously, I played his mother and that would have been such a sensitive thing. I was very moved he acknowledged it. I’m glad he enjoyed it; I was very grateful for those words.”