Home » Celebrities » Oscars nominations: The Power Of The Dog, and Dune go head to head

Oscars nominations: The Power Of The Dog, and Dune go head to head

Oscars nominations 2022: The Power Of The Dog leads the way with 12 nods while Dune earns 10 – Benedict Cumberbatch and Kristen Stewart are up for Lead Actor gongs – as movies on streaming services dominate theatre releases

The nominations for the 94th annual Academy Awards were announced on Tuesday morning with The Power Of The Dog and Dune earning the most nods.

Tracee Ellis Ross and Leslie Jordan announced the nominations across 23 categories from an early morning event in Los Angeles ahead of the ceremony on March 27.

Following its eight nods at last week’s BAFTA nominations and its three wins at January’s Golden Globes, The Power Of The Dog leads the nominations with 12 nods, including Best Picture, Leading Actor for Benedict Cumberbatch, Supporting Actress for Kirsten Dunst and Director and Adapted Screenplay for Jane Campion. 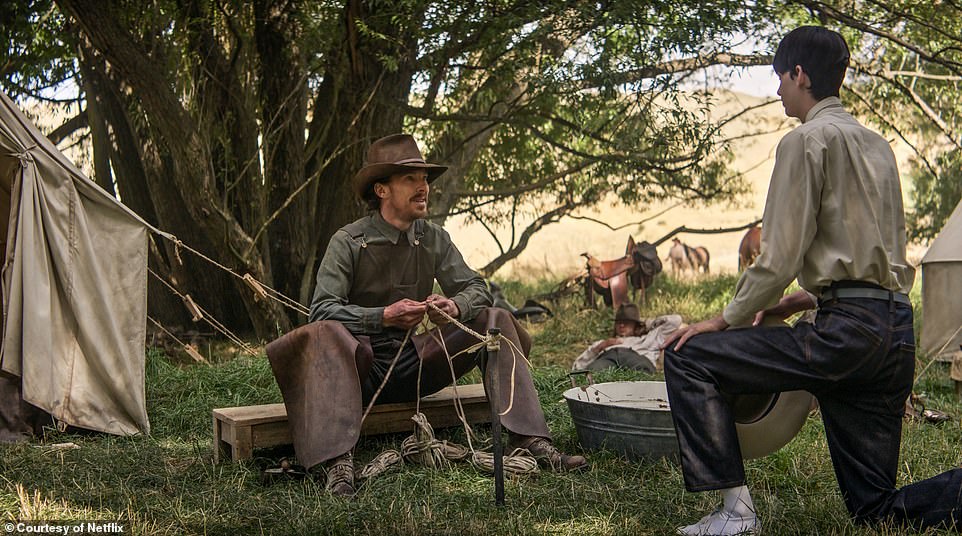 Movie magic: The nominations for the 94th annual Academy Awards were announced on Tuesday morning with The Power Of The Dog (pictured) and Dune earning the most nods

The Western drama is the film adaptation of Thomas Savage’s 1967 novel and was released in theatres as well as Netflix late last year.

The film’s stars Benedict Cumberbatch and Jesse Plemons and Kodi Smit-McPhee, who also both earned a Supporting Actor nomination on Tuesday, as secretive, psychologically duelling rivals on a 1920s Montana ranch. 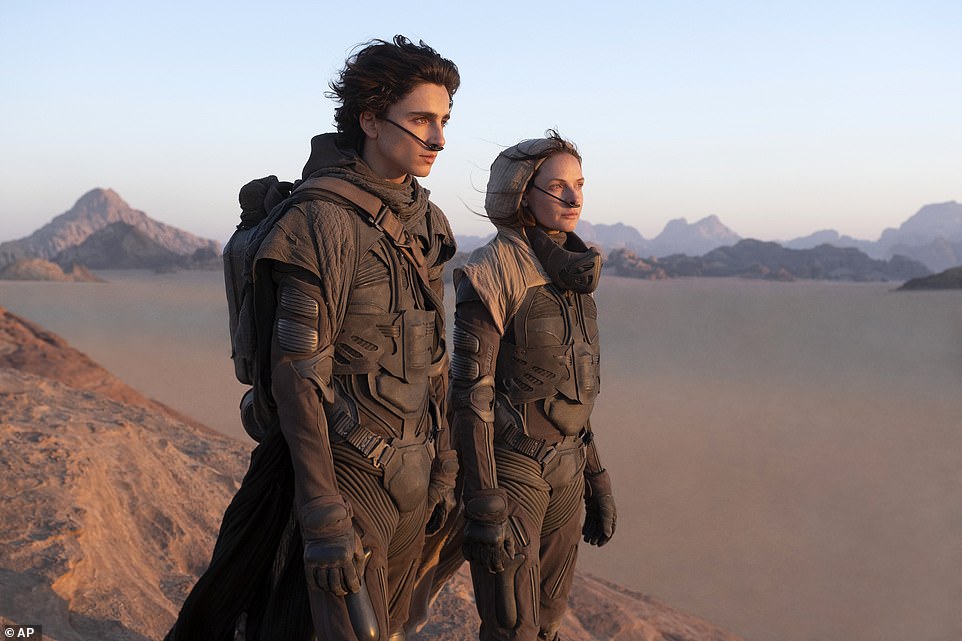 Top prizes! Denis Villeneuve’s star-studded sci-fi epic Dune, based on Frank Herbert’s 1965 novel, landed a slew of technical nods, along with a nod for the top prize for Best Picture bringing its total to 10

Benedict will go head to head with Will Smith for King Richard, marking his third Oscar nomination and a strong chance at his first win for the biopic of Venus and Serena Williams’ father.

Also competing in the Leading Actor category are Javier Bardem for Being the Ricardos, Andrew Garfield for tick, tick… BOOM! and Denzel Washington for The Tragedy of Macbeth, marking his ninth Academy Awards nomination.

Meanwhile Denis Villeneuve’s star-studded sci-fi epic Dune, based on Frank Herbert’s 1965 novel, landed a slew of technical nods, along with a nod for the top prize for Best Picture bringing its total to 10.

Belfast landed seven nods including Best Picture, Judi Dench for Supporting Actress (marking her seventh acting nomination and a chance at a second win) and a nomination for Sir Kenneth Branagh in the Director category.

The film’s star Jamie Dornan was snubbed in the Leading Actor category, after also missing out in last week’s BAFTA nominations. While the leading man missed out, Ciaran Hinds did pick up a nod in the Supporting Actor category.

The drama is based on Kenneth’s childhood growing up in Northern Ireland at the height of The Troubles. 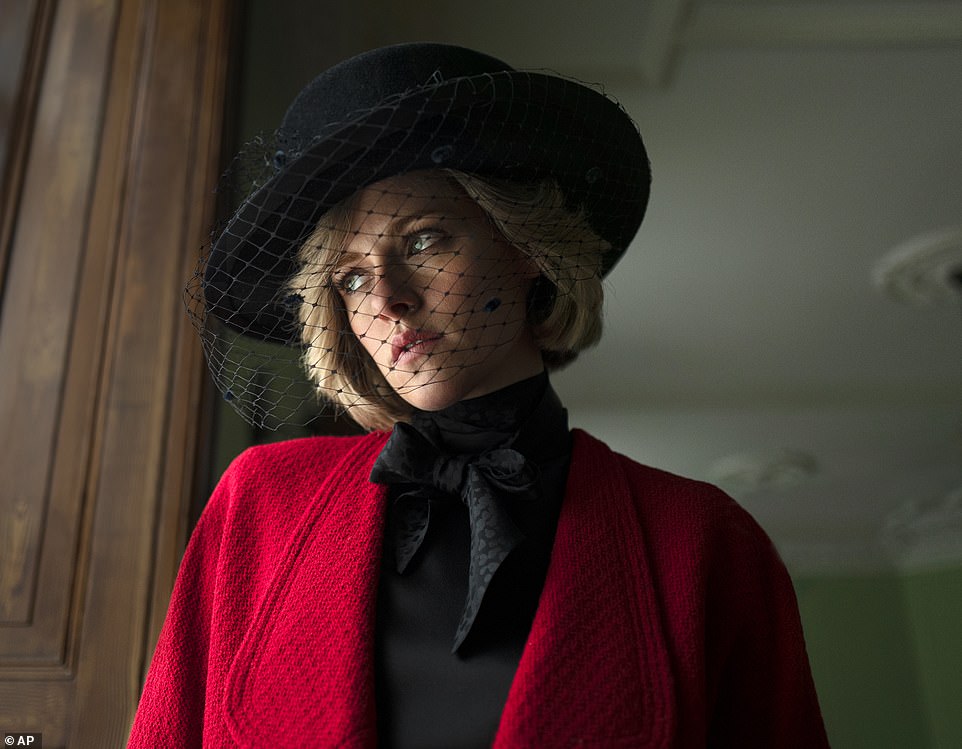 Acclaimed performance: Kristen Stewart has earned her first Oscar nomination for her role as Princess Diana in Spencer 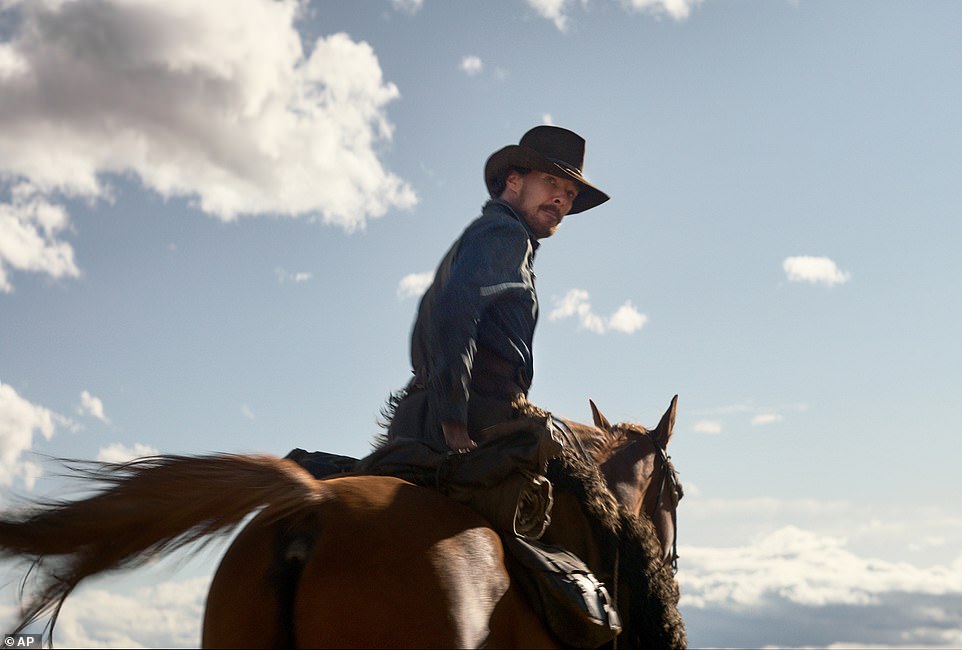 British hopes: Benedict Cumberbatch adds to The Power Of The Dog’s haul with a nomination for Leading Actor 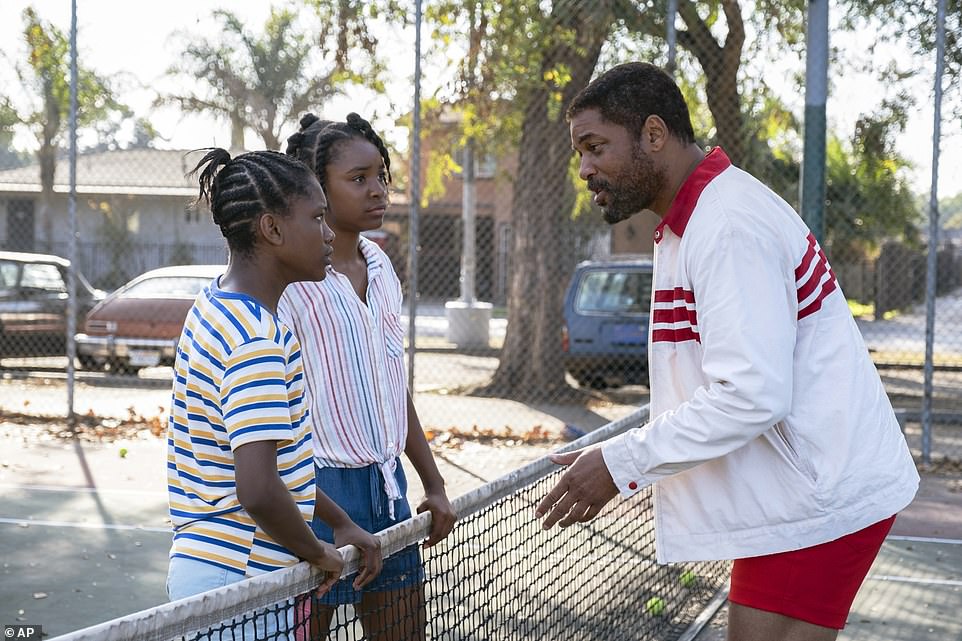 Third time lucky? Will Smith has scored a third Oscar nomination and a hope for a first win for his Lead Actor role in King Richard

Kristen Stewart has earned her first Oscar nomination for her role as Princess Diana in Spencer, going up against

Jessica Chastain for The Eyes of Tammy Faye, Olivia Colman for The Lost Daughter, Penélope Cruz for Parallel Mothers and Nicole Kidman for Being the Ricardos.

In the Supporting Actress category Jessie Buckley earns her debut Oscar nod for The Lost Daughter, competing against Ariana DeBose for her acclaimed performance in West Side Story, Judi Dench for Belfast, Kirsten Dunst for The Power Of The Dog and Aunjanue Ellis for King Richard.

The Power Of The Dog stars Jesse Plemons and Kodi Smitt-McPhee go head to head in for Supporting Actor, alongside Ciaran Hinds for Belfast, Coda’s Troy Kotsur and J.K Simonns for Being The Ricardos.

The Oscar nominations follow the lead of the 2022 British Academy Film Awards which were announced last week, with Dune, The Power Of The Dog and Belfast  also leading those nominations with 11, eight and six respectively.

It was previously announced in January that Glenn Weiss will direct the telecast for the seventh consecutive time, while film producer Will Packer is serving as producer, and Shayla Cowan, the chief of staff of Parker’s production companies, was named co-producer, according to The Hollywood Reporter.

Craig Erwich, president Hulu Originals & ABC Entertainment, maintained there will be a host for the 2022 Oscars, which will be a first since 2018 when Jimmy Kimmel had the honor of leading the ceremony that year, as well as in 2017.

So far, The Academy hasn’t made an official announcement as to who will play host on Hollywood’s biggest night of the year. Following a television ratings tumble, the Academy have decided to reinstate a permeant host after using a rota of guest presenters, with sources claiming bosses were keen to enlist Ricky Gervais. 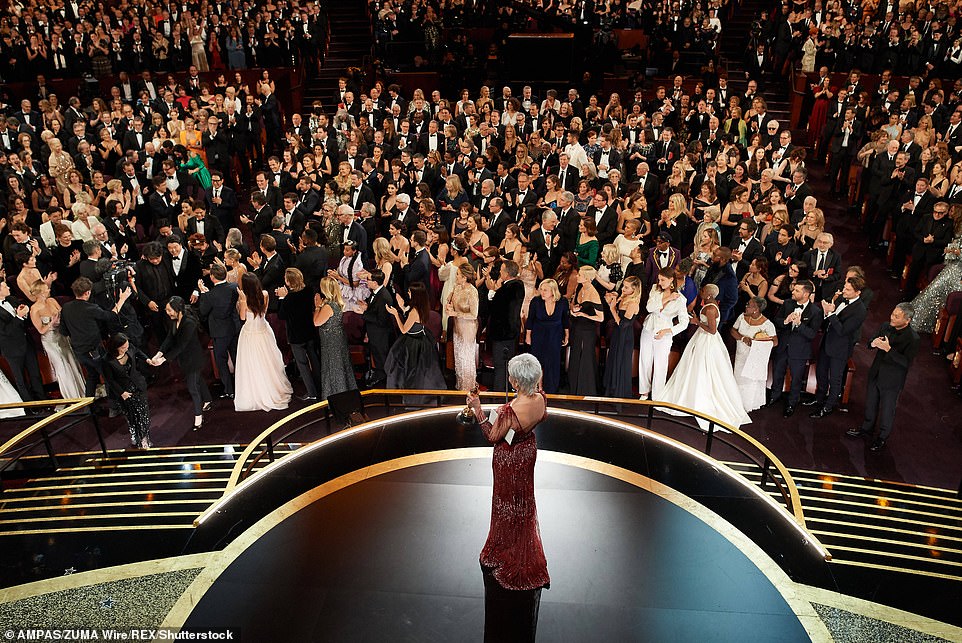 Pomp and circumstance returns: After a full year without a proper Oscars ceremony, the prestigious event will be held on March 27, at the Dolby Theatre in Hollywood, starting at 8 p.m. ET; Jane Fonda is pictured being honored at the 2020 Oscars in February, one month before COVID-19 was deemed a pandemic, and thus shut down most entertainment events

A source told The Mail On Sunday: ‘Things are so desperate this year that the Academy [the organisation behind the awards] even sent out a tweet asking people who they wanted as a host. A lot of fans said Ricky Gervais. There is growing talk that he should be offered the gig.

‘He’s the one man who could save the most boring show on television. The Oscars are always too long and viewers tune out when you get all these self-entitled celebrities going woke and banging on about their pet causes. Ricky would be a breath of fresh air.’

However, Ricky, 60, played down the chances of hosting the biggest night of the Hollywood year, saying: ‘They’d never let me do what I wanted. I mean, that’s why the Globes got me. They said I could write my own jokes and say what I wanted, no rehearsals.

‘I don’t think the Oscars would ever allow me that freedom and rightly so… I’d do the Oscars but it won’t happen. I’d get cancelled halfway through.’ 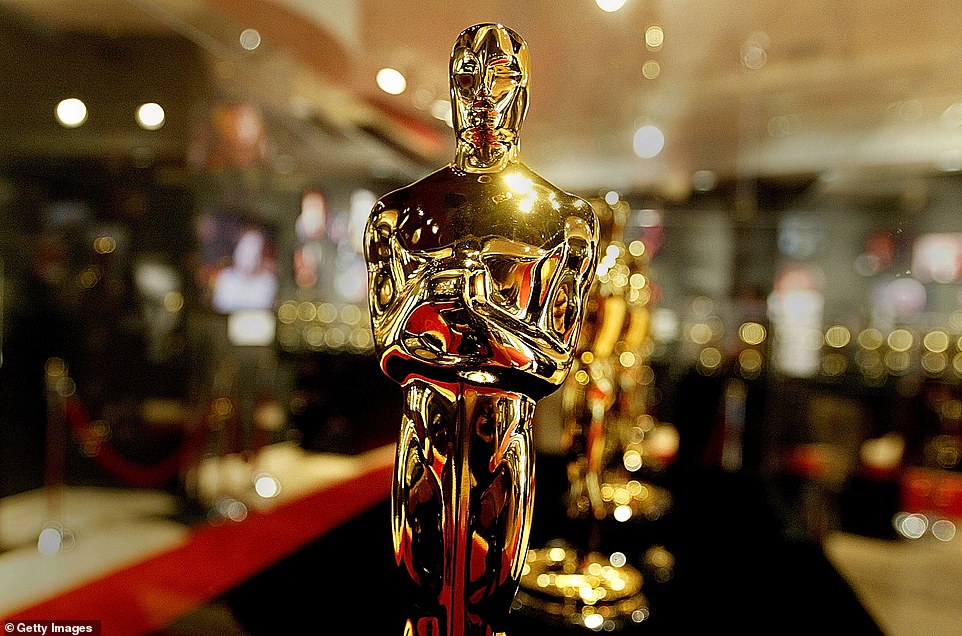 Movie magic: It was previously announced in January that Glenn Weiss will direct the telecast for the seventh consecutive time, while film producer Will Packer is serving as producer

The voting for this year’s nominations ended on Tuesday, February 1. As a result of last year’s ceremony being delayed, this year marked the shortest eligibility window n Oscars history.

The Oscars typically award films in the same calendar year, though in 2020, because of the theater closures due to COVID-19, the eligibility was pushed to February 28, 2021.

The Academy also announced more changes in April 2020, which will only be in effect for the 94th Oscars, which allows for films to open in more cities to be considered Best Picture eligible.

A film previously had to be exhibited theatrically, at minimum, in Los Angeles County for seven consecutive days sin the same venue. 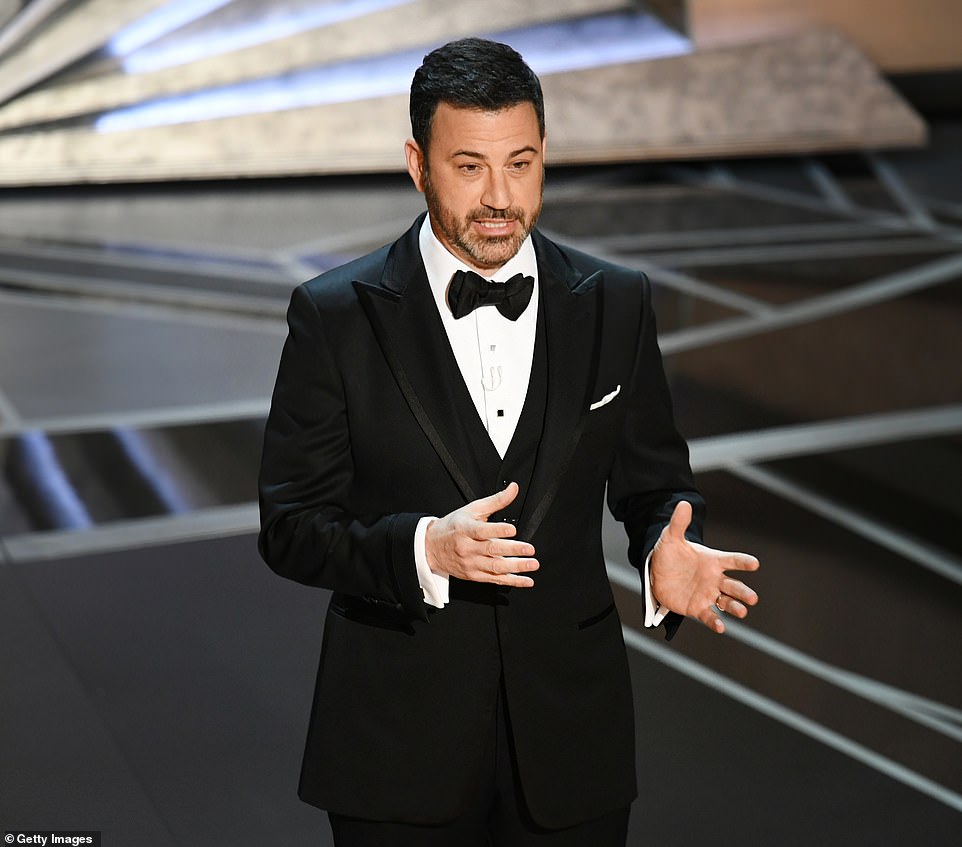 Ceremony Host reveal: It was previously announced there will be a host for the 2022 Academy Awards ceremony, which will be a first since 2018 when Jimmy Kimmel had the honor of leading the ceremony that year, as well as in 2017; the late night talk show host is seen at the 90th Academy Awards at the Dolby Theatre in Hollywood on March 4, 2018

The Academy revealed that, for the 94th Oscars, films may open in a, ‘commercial motion picture theater’ in one of six cities – Los Angeles, New York City, the Bay Area, Chicago, Miami and Atlanta within the eligibility window.

Drive-in theaters that are open nightly are counted as ‘commercial theaters,’ in the aforementioned cities.

The Academy also revealed that, ‘films intended for theatrical release but initially made available through commercial streaming, VOD service or other broadcast may qualify if the film is made available on the secure Academy Screening Room member site within 60 days of the streaming/VOD release or broadcast.’

Producers for eligible films also had to submit, ‘a confidential Academy Representation and Inclusion Standards entry.’

However, while the forms are required to be submitted, meeting the actual inclusion thresholds will not be required for eligibility in the Best Picture category until the 96th Oscars in 2024.

ACTRESS IN A SUPPORTING ROLE

Kirsten Dunst- The Power Of The Dog

ACTOR IN A SUPPORTING ROLE

Jesse Plemons – The Power Of The Dog

J.K Simonns – Being The Ricardos

Kodi Smitt-McPhee – The Power Of The Dog 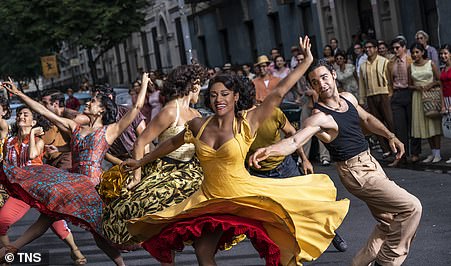 ACTRESS IN A SUPPORTING ROLE: Ariana DeBose is nominated for West Side Story

No Time To Die

The Worst Person In The World 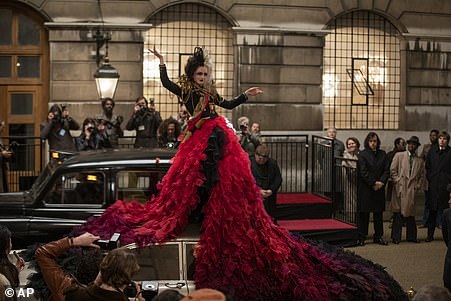 COSTUME DESIGN: Cruella is up for the gong

Affairs Of The Heart

Ala Kachuu — Take and Run

The Hand of God

Lunana: A Yak in the Classroom

The Worst Person in the World

The Power of the Dog

The Tragedy of Macbeth

ACTOR IN A LEADING ROLE

Javier Bardem – Being the Ricardos

Benedict Cumberbatch – The Power of the Dog

Denzel Washington – The Tragedy of Macbeth

ACTRESS IN A LEADING ROLE

Nicole Kidman – Being the Ricardos 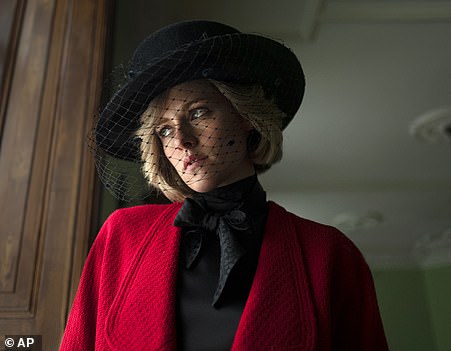 ACTRESS IN A LEADING ROLE: Kristen Stewart is up for Spencer

Jane Campion – The Power of the Dog

The Eyes Of Tammy Faye

The Mitchells VS The Machine

Raya And The Lost Dragon 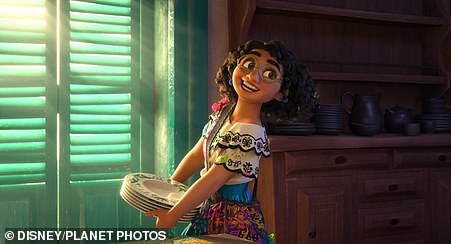 Down to Joy — Van Morrison (Belfast)

The Queen of Basketball

When We Were Bullies

Summer of Soul (Or, When The Revolution Could Not Be Televised)

No Time To Die

Shang-Chi and The Legend of The Ten Rings 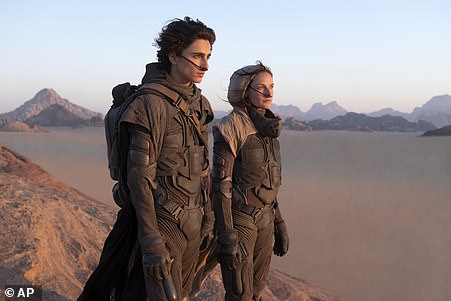