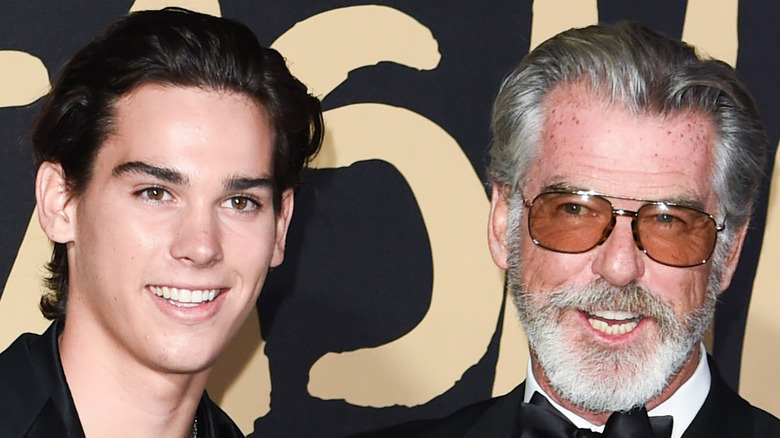 Pierce and Paris Brosnan must have some seriously strong genes flowing between the branches of their family tree. Side by side, it’s obvious that Pierce Brosnan’s son is the spitting image of the legend. What’s more, the two seem to have a very close relationship, something we love to see.

Pierce Brosnan needs no introduction. You will no doubt recognize him from hit films like “Mamma Mia,” “The Thomas Crown Affair,” and his role as James Bond (via IMDb). The movie star is also the proud papa to five children. From his first marriage to actress Cassandra Harris, Pierce has a biological son named Sean, as noted by The Things. And the actor went on to adopt her other two children, Charlotte and Chris, after their biological father’s death.

Cassandra died at the age of 41 from ovarian cancer, the same disease that took her mother, according to Closer Weekly. In 2001, Pierce married journalist Keely Shaye Smith (via Closer Weekly), and the pair share two sons, Dylan and Paris. Brosnan regularly shares photos and moments with his children, and Paris’ resemblance to his father in such posts is quite uncanny.

Who is Paris Brosnan? 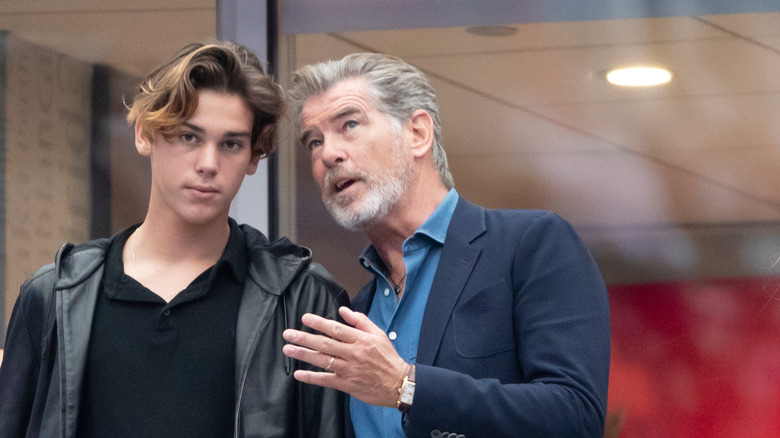 Along with being the son of a Hollywood superstar, Paris Brosnan has quickly risen through the ranks of the modeling world and is on his way to being just as famous as his dad. The budding celeb has walked in runway shows for the likes of Dolce & Gabanna, according to Gossip Cop, and has also landed photo features in popular magazines such as Teen Vogue and GQ Korea.

Proud dad Pierce Brosnan has shared some of his son’s modeling shots to his personal Instagram account with touching captions. “Paris my son you rock it,” the Mrs. Doubtfire star captioned one such Instagram post, along with a red heart emoji. He ended the post with some fatherly advice, writing, “Live every day with love and gratitude,” before signing off as “pappa.”

While Paris hasn’t extended his career into film, it could be in the cards for him down the line. He’s got the looks, after all, not to mention the Hollywood connections. So, if you see what you believe to be a young Pierce Brosnan gracing the cover of a magazine while you’re checking out at the grocery store, take a closer look — it’s probably Paris!