While Channel 4 presenter Rachel Riley, 34, is at home with her family during the coronavirus lockdown, the Countdown star has left fans speechless after announcing a new move alongside a throwback snap. The mother-of-one revealed to her Twitter followers how she is “excited” to get started with her new role.

The TV presenter shared her “exciting” new announcement to her 661,000 Twitter followers alongside a sweet throwback picture of her school days.

Writing to her followers, Rachel said: “Excited to be part of #BBCBitesizeDaily virtual school, launching tomorrow on iPlayer and Red Button!

“To celebrate its first day, here’s a throwback to my first school photo, and probably the last time I wore a tie in my life, aged 4 @bbcbitesize #homeschool.”

Rachel announced how she will be contributing to BBC Bitesize’s daily virtual school for the children who are currently being homeschooled while the schools are shut due to the coronavirus outbreak. 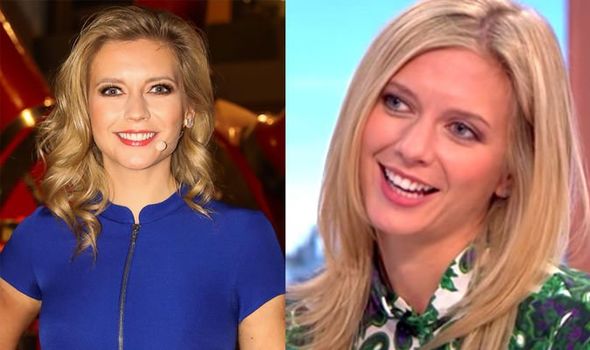 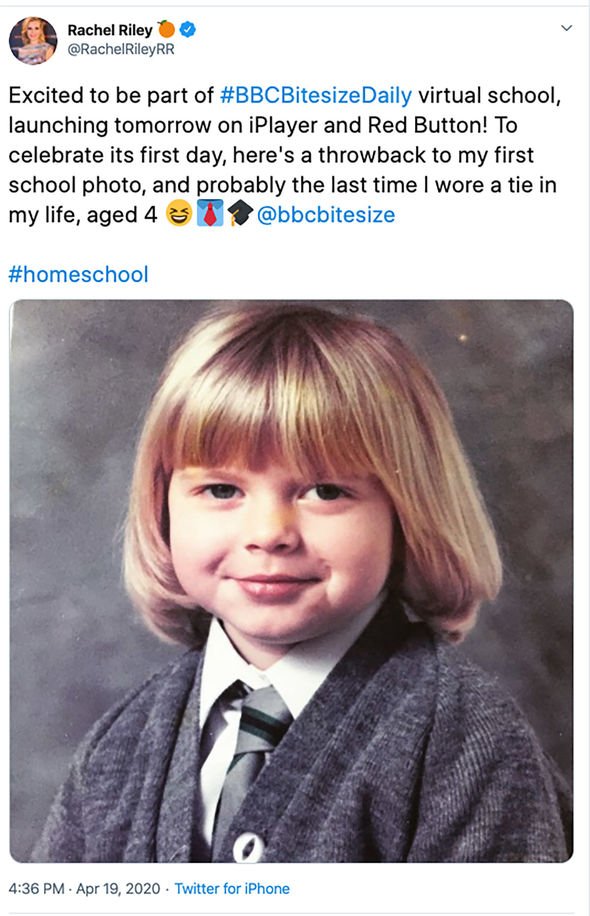 Once the presenter shared the picture dating back to when she was just four-years-old, fans flocked to her post to comment on her “chubby cheeks” and how “smart” she looked in her school uniform back in the day.

One wrote to Rachel: “Very smart!,” while another added: “Those cheeks.”

One of Rachel’s followers then added what a “good idea” the virtual school is, as they wrote: “That’s such a good idea, so glad the BBC have jumped into action with this, and you as well of course.

Another went on to talk about Rachel’s haircut as they commented: “Awe what a cutie…I had a similar hair cut at that age…lol.”

Meanwhile, new mum Rachel, who gave birth to her first child in December last year, recently commented on breastfeeding after noticing a drawing of herself on Twitter.

The drawing featured Rachel standing in front of the Countdown numbers board, and the star wrote to her followers: “Looks like the baby will need right boob next feed [winky face].”(sic)

The drawing also spelt out the word ‘screaming’, to which Rachel told the artist: “Love it.”

Soon after Rachel shared the drawing of herself on Twitter, fans and viewers of the show rushed to comment on the clever drawing.

One wrote to the presenter: “Your baby isn’t going hungry that’s for sure.”

One mum related to her experience with breastfeeding as they wrote to Rachel: “Bwahaha! I remember those days so clearly.” (sic)

Meanwhile, earlier this week, the 8 out of 10 Cats star shared a picture of herself and baby Maven to her Twitter followers.

Alongside the picture of Rachel holding her baby daughter, the daytime presenter wrote about how quickly the time has gone since Maven was born at the end of last year: “4 months together already.

Not long after the TV personality shared an update, one mother commented: “Our youngest is 4.5 months now. Almost a quarter of her life in lockdown.

“I wonder if she thinks the four of us are the only humans in existence,” they continued.

Rachel responded to the Twitter user: “I think we’re lucky really in the circumstances, would rather have a 4 month old who doesn’t know what’s going on, than a toddler climbing the walls or a scary end to a pregnancy. Shame for grandparents and f&f missing them though… love to your little one!”