Rebel Wilson cuddles up to girlfriend Ramona Agruma at US Open 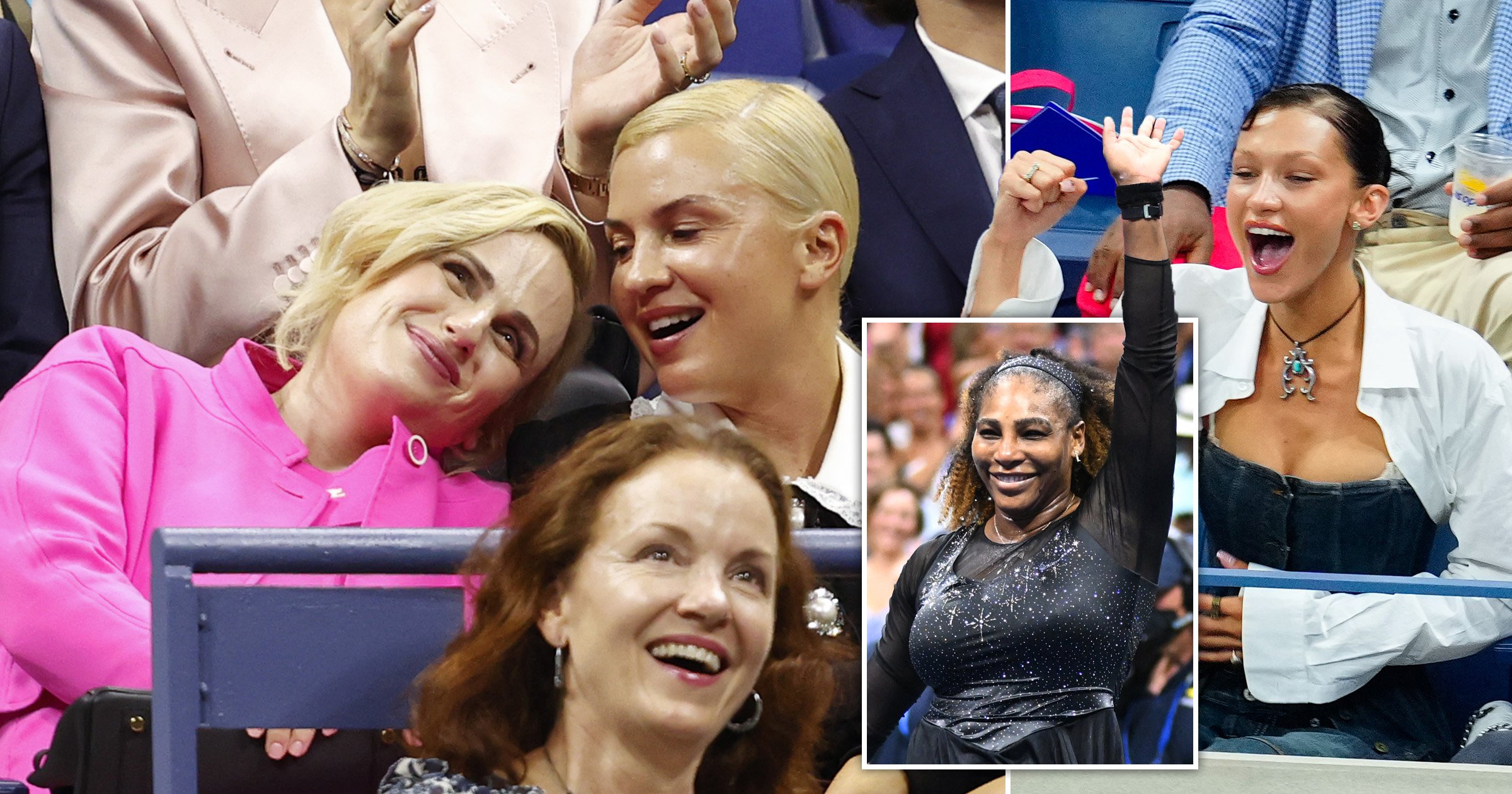 Rebel Wilson was among the celebs cheering for Serena Williams following her win against Montenegro’s Danka Kovinic in the US open tennis tournament.

The Australian actress – who recently received her green card after her US residency was officially acknowledged in March – sat alongside Bella Hadid, Hugh Jackman, and Anna Wintour as Williams sealed her place in the second round of what will be her final Grand Slam singles tournament appearance.

Set to retire after the tournament, Williams won 6-3 6-3 against Kovinic, going on to pay tribute to the ‘crazy’ crowd who supported her during the match.

Watching the action unfold, Rebel cosied up to her fashion designer girlfriend, unashamed of their PDA after coming out and confirming their romance earlier this year.

The comedian placed her head on Ramona Agruma’s shoulder as they chatted and giggled, unable to wipe the smiles off their faces.

The Pitch Perfect star was seen pledging allegiance to the American flag as she placed her hand across her heart while singing the national anthem.

Other stars in attendance included model Bella, who put on an animated display as she fully immersed herself in the match.

Opting for a double denim moment, Bella sat next to rapper Offset and was seen whooping and fist pumping the air, cheering and making a hand heart to show her support.

Watching on close by was Australian actor Hugh, who looked extremely dapper in a navy tuxedo and white buttoned shirt.

The Greatest Showman star sat next to his wife Deborra-Lee Furness, whom he married in 1996 but still seems more in love with than ever, as he sweetly placed a hand on her knee.

‘Twas a family affair at the match this weekend, with Williams’ husband Alexis Ohanian and daughter Alexis Olympia Ohanian Jr acting as her biggest cheerleaders in the stands.

In truly adorable scenes, the four-year-old sat on her dad’s lap while he let out a roaring scream of delight following his wife’s win.

The pair then rushed over onto the court to congratulate her, with the internet entrepreneur placing a gentle kiss on her cheek.

Daughter Alexis also carried her own disposable camera, making sure to capture special moments, and even wore a matching outfit and beads in her hair like the ones her mother sported for her maiden triumph 23 years ago.

As Williams waved to the crowd and soaked up the rapturous applause, Vogue editor Anna blew kisses, with former US President Bill Clinton and Mike Tyson in the stands too.

The tennis champ will now face Anett Kontaveit of Estonia, the No. 2 seed, in the second round.