It’s a special Mother’s Day for the women of Red Table Talk!

The holiday marks three years of the web series airing on Facebook Watch, which had its first episode shot on Mother’s Day. To celebrate the holiday, their anniversary and a special episode dropping on Wednesday, Jada Pinkett Smith, Adrienne “Gammy” Banfield-Norris and Willow Smith spoke with ET’s Kevin Frazier about the success of their dynamic series and its unexpected rise to cultural phenomenon.

“We had no idea it was gonna be this,” Gammy said, as the trio reflected on what the original intentions were for the series when it debuted.

“It was a passion project that started on Mother’s Day, and then Ellen [DeGeneres] came and she was like, ‘What are you guys gonna do with this three-generational situation?'” Jada added.

She explained that they had been approached for similar projects before, but when DeGeneres proposed the idea, Willow was the right age to be involved. Ever since the first episode aired in 2018, the three have revealed intimate details of their personal lives, featured celebrities digging deep into their trauma, and explored various topics such as polyamory, gun violence, and drug addiction. 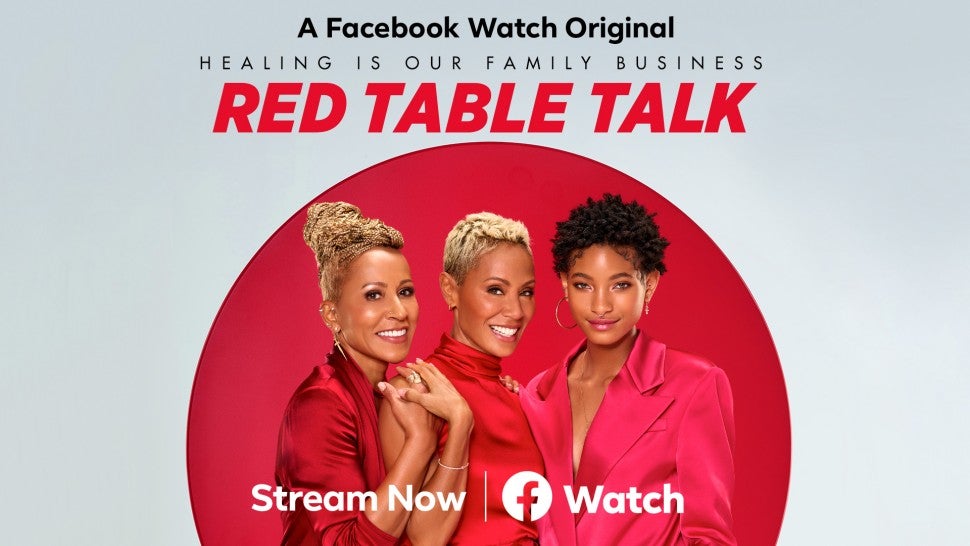 Understandably, it’s hard for any of the women to pinpoint a favorite moment in their Red Table Talk journey, although Willow shared that the bond they’ve created throughout the process has been a highlight. “There has been so much uncovering on this journey that we’ve been on with Red Table Talk and the part about the whole process that I cherish the most is just getting to know the women in my life in a deeper way and getting to really know them as not just my grandmother and not just my mother, but as the individual women that they are,” she told ET.

Jada revealed that Willow asking her who Jada was before she became a mother encouraged her to make the series. She added that the show has led to “so much bonding and healing” within the family, as well as a way to allow them to be more “authentic” with one another.

The show has featured a plethora of celebrity guests that come onto the show to reveal a truth or a side of themselves that is rarely seen, and Gammy and Willow agreed that guests’ ability to find comfort on the series is attributed to Jada setting that tone. Gammy admitted that she tends to be a “little” judgmental, but she’s working on it!

“It’s been a real learning experience for me too, I don’t want to downplay that,” she said. “It’s been an opportunity for me to just try and open my mind up, and just be a little easy with things and with change, you know? I mean, you can’t just stay stuck in this world. You’re going to end up being a miserable person to be like that.”

For Jada, it’s all about people feeling comfortable enough to share their truth and feeling taken care of. “We’ve had so many [guests] that have come and needed to share their stories and felt like Red Table was the only place,” she said. “Then they actually shared their story and we get an email from them or an email from their team and it makes me feel so good when people feel like when they call in and thank you.”

She added: “That to me is one of the biggest purposes of Red Table, for people to live in their humanity and not be shamed for it. And have an opportunity to heal, opportunity to make amends, an opportunity to share knowledge that they’ve gained from a difficult experience that we can all learn from, you know. So, I love the [episodes] that hold people up in that way.”

But not all the episodes are about “fixing” something or difficult conversations. Gammy pointed out that sometimes, it’s just about opening a dialogue and being willing to hear other people’s perspectives. And sometimes it’s about celebration!

The series’ Mother’s Day episode dropping on Wednesday is all about saluting amazing moms, celebrating family and giving love to those that deserve it. In this exclusive clip, Willow teases her top-secret Mother’s Day gift for Jada, which she reveals she’s been planning for three months.