‘The Real Housewives of Orange County’ decides to dissolve her face filler after she noticed that ‘it was hard to see’ her eyes when she smiled as her under eyes area ‘was too puffy.’

AceShowbiz –Emily Simpson has debuted a brand new look. Before the upcoming season of “The Real Housewives of Orange County” premieres, the reality star got herself camera-ready by removing “too much filler” in the wrong places of her face.

The 45-year-old star took to her Instagram Story on Thursday, August 5 to share a selfie revealing her new face. Over the photo, the Bravo star thanked her fans and followers for their messages on her new look. “Thank you all for all the sweet comments on my skin! It does look pretty damn good for age 45!” she wrote. 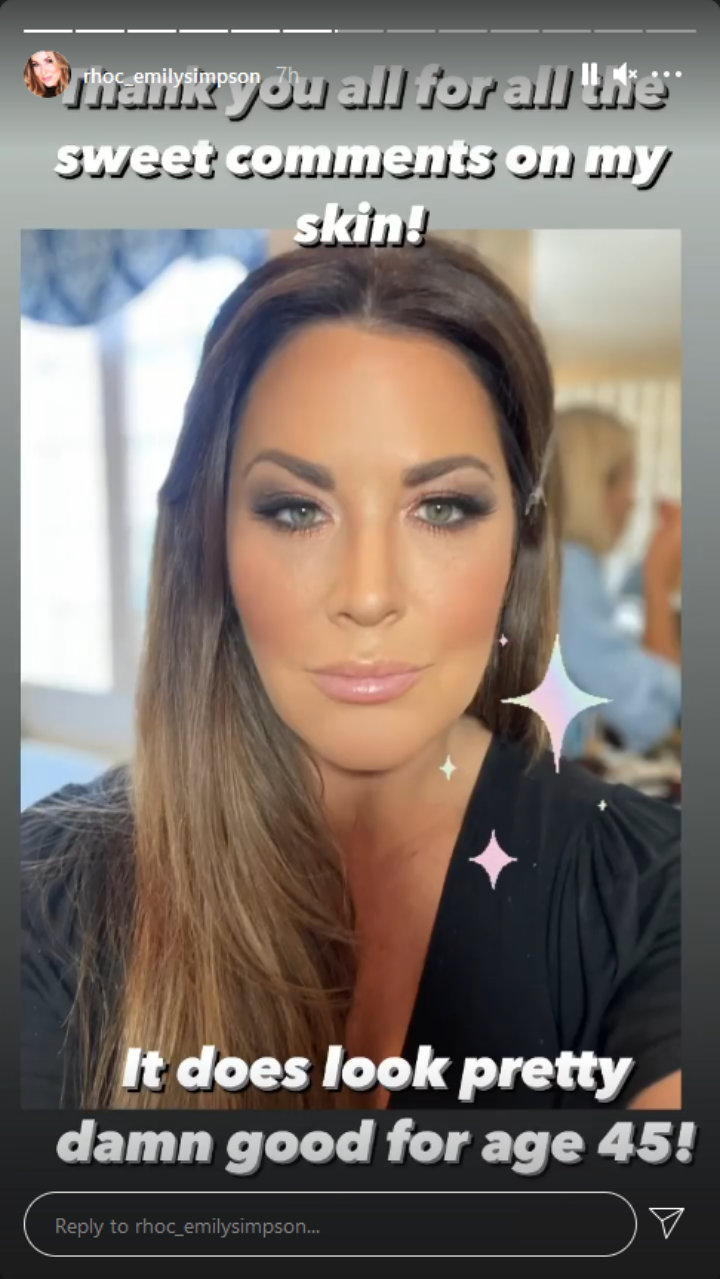 Emily also talked to PEOPLE about her decision to dissolve her face filler. “I haven’t had any fillers done for at least a year or more,” she opened up. “I believe the filler had migrated on my face and there was too much right underneath my eyes.” She continued that the filler gave her “The Cabbage Patch Kid” look.

Emily added, “[The filler] made me lose my eyes. The area directly under my eyes was too puffy.” The reality star further explained, “I recently started noticing that I didn’t like how I looked in photos and it was hard to see my eyes when I smiled.” She admitted, “I knew there was a build-up of too much filler in the wrong places.”

Emily then decided to pay a visit to Orange County M.D., Jennifer Armstrong, to dissolve the filler that “migrated” under her eyes in July. On Jennifer’s Instagram account, the doctor shared side-by-side before and after pics showing the TV personality’s noticeably altered under-eye area.

Of the filler removing procedure, Emily claimed that she only felt “slight pain.” She told the publication, “The only slight pain I felt was from the needle prick.” The lawyer and party planner went on explaining, “The doctor injected a solution that immediately dissolved the filler. There’s no pain, but you can immediately see the puffiness caused by the filler begin to dissipate.”

“As I get older, I get very dark circles under my eyes and I do need a little amount of filler to combat that,” Emily continued sharing. She then noted, “However, the key is getting a subtle amount and in the right places!”