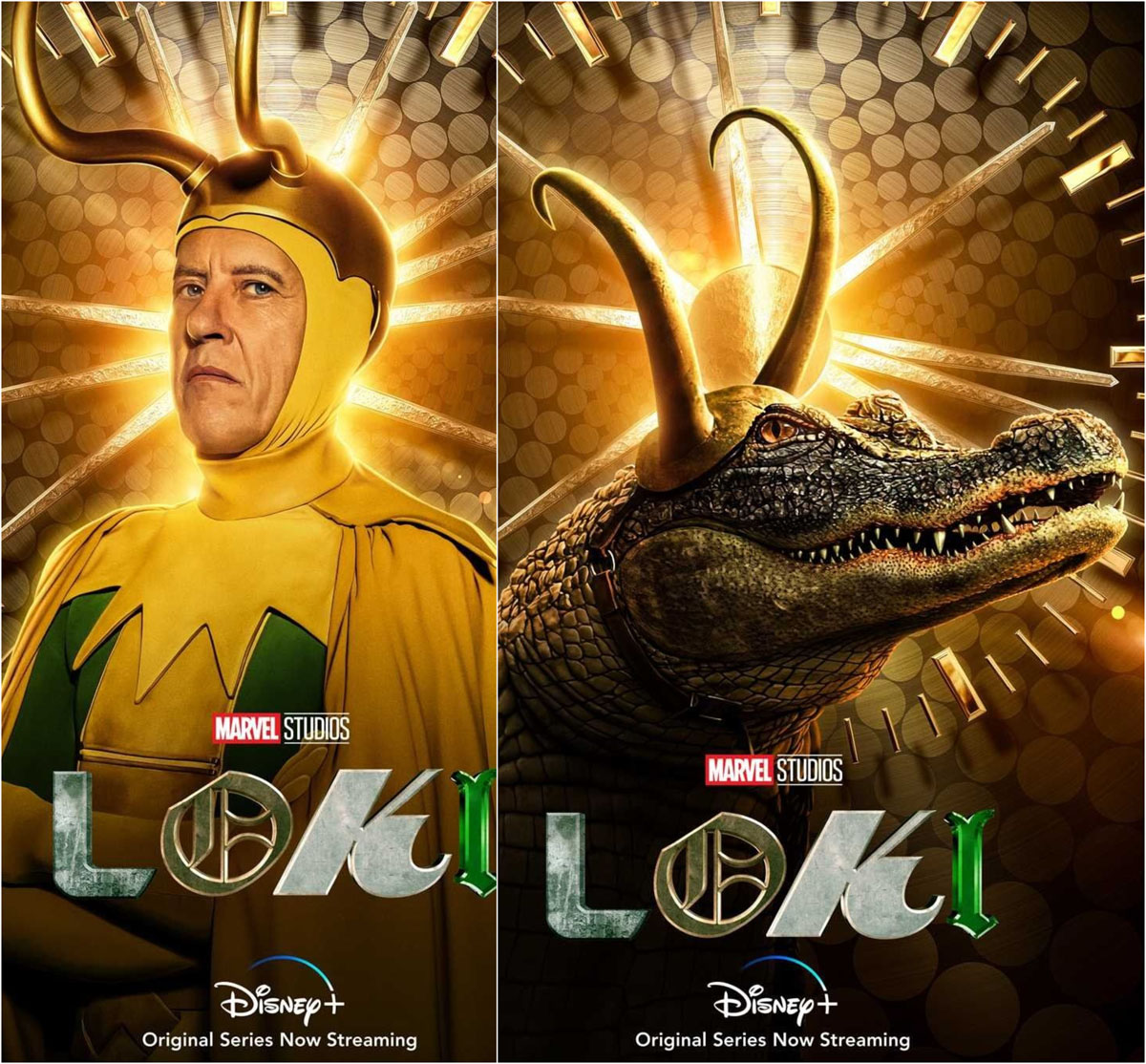 WandaVision was exceptional in its delivery and Falcon and the Winter Soldier expanded how we see the stars and stripes through the complicated history of Blackness in the United States. Loki is the latest offering from Marvel and Disney+ and it has been the best storytelling yet. I am obsessed with Loki’s evolution from the trickster god to a man in love. The best part of last week’s episode was classic Loki (an older Loki who called himself the god of Outcasts) and Croki aka Alligator Loki. Croki is f*ck around and find personified (or animafied?) and I think I laughed for three days straight thinking about how crunk Croki was. Richard E. Grant, who played classic Loki, was interviewed by Collider. He discussed being a part of the MCU and how he wants a classic Loki and Croki spinoff miniseries. Below are a few highlights from Collider:

Collider: To start things off, what does it mean to join the MCU in this capacity? Is this something you’ve been looking forward to?
RICHARD E. GRANT: Oh yeah. I’d had experience because I was in Logan about five years ago, so I’d had a taste of what this is, but Tom Hiddleston has said to me, he said, “You know, I think that when people see Classic Loki there’s going to be a big response.” I thought that he was just blowing smoke up my fundament on the first day to make me feel better about coming into work for one episode, Episode 5, after they’d be doing it for practically a year before. Then I saw my Instagram and Twitter feed and the reviews that came out last Wednesday and I realized that he saw into the crystal ball in a way that I didn’t. So Tom was right and I stand gleefully corrected.

Was there anything specifically Loki-ish that you were trying to incorporate into the performance?
GRANT: I knew that rather than Tom Hiddleston’s God of Mischief, [Classic Loki] has this line explaining his past that he is the God of Outcasts, and has been so lonely and isolated on this planet, and is willing to be arrested by the TVA in order to get back in contact with his brother, and to sacrifice himself ultimately to Asgard, I thought that was a way into the character that was not trying to imitate, because I couldn’t hope to, what Tom does so brilliantly and has done for over a decade now. So I thought that was the way into doing it.

Looking over your career, you’ve gotten to be a part of a lot of really exciting franchises, including Doctor Who and Star Wars. Is there anything else on your bucket list? Are there other franchises, and/or other fantasy costumes you want to wear?
GRANT: Classic old Loki with muscles and Alligator-dot-com, the subseries of the sub-sub-sub series. That’s what I want.

Given the audience reaction to Alligator Loki, I think that there would be a fan base for that.
GRANT: Yeah and classic Loki is the only one that can talk to him and understand him. It’s a given. It’s a scriptwriter’s dream. Get it done.

I am quite sure we will not get this mashup. Despite my love of classic Loki in that one episode, I do not think I could watch an entire show or movie with him as the star along with Croki. With that being said, I wouldn’t mind seeing both Croki and classic Loki sprinkled throughout the MCU. Croki can be a permanent fixture as far as I am concerned. I heard someone call Croki “Florida Loki” and I… haven’t been the same since. I love how Richard didn’t know that he was the first choice for the role. He took on the role with such thoughtfulness. I also thought it was cute that Richard and Tom Hiddleston have always wanted to be in a movie or show together as a father and son duo because they vaguely resemble each other. If you haven’t seen Loki yet, I seriously encourage you to do so. It really is that good. And Loki, who has always been one of my faves in the MCU, has really come to life in this show. Here’s to Croki and Classic Loki showing up in the MCU from time to time.