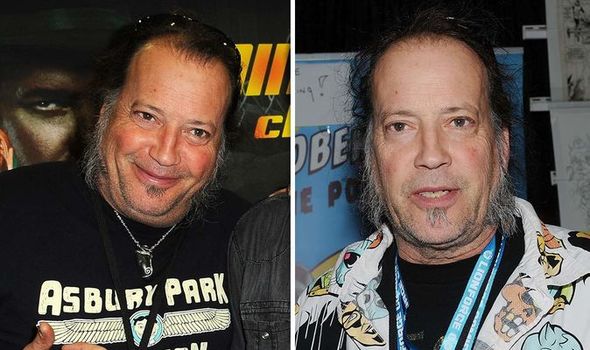 Robert Bruce, star of US reality show Comic Book Men, has been found dead inside a New Jersey storage facility aged 62. His body was reportedly discovered by a close family friend in the basement of the unit.

Police were called to the scene on Friday at around 6.30pm, as stated by NJ.com.

It is understood that Robert had not been seen or heard from in several days.

His family believed he may have been living in the storage unit, which also served as his office.

His death is not being treated as suspicious but is being investigated by the Middlesex County Medical Examiner’s Office.

He had been a part of the collectable world for more than 40 years and was credited as a consultant and producer on several episodes of the show.

It was filmed in comic book store, Jay and Silent Bob’s Secret Stash, which is owned by filmmaker Kevin Smith.

The latter shared his condolences on Twitter after being alerted of Robert’s death by his brother.

He penned in view of his three million followers: “My condolences! I’m truly sorry to read this. [Robert] was always a welcome addition to any episode of Comic Book Men, as well as a nice guy. I’ll miss Rob.”

The store’s official account also paid tribute to Robert. They wrote: “We were stunned to learn of the passing of Rob Bruce.

“As a member of Comic Book Men, he shared a lifetime of pop culture knowledge with millions of fans.

“His passion and expertise will be missed. Deep condolences to his family and friends, especially his wife and their two sons.”

Scores of fans have been saddened by his death. Mark wrote: “Oh no. My thoughts to everyone who knew him. I could hear him talk about anything and be as interested as if he was talking about my favourite thing in the world.

“What a captivating man with an incredible knowledge. RIP Rob.”

“Always loved him on [Comic Book Men]. Thoughts are with his family.”

Andy added: “Another legend gone. RIP Rob Bruce, probably the most informative man in the universe.”

Robert’s long-time friend, Ben Leach, told the New York Post: “’I think for people who knew him through Comic Book Men, where he would appraise toys and other various collectables, that really did not scratch the surface of the knowledge that he had.

“He knew genuine quality antiques, he knew early 20th century pin-back buttons for political candidates, he was an expert on those.