Home » Celebrities » See Kanye West and Irina Shayk Out in France Together: Pic

See Kanye West and Irina Shayk Out in France Together: Pic

Kanye West and Irina Shayk are enjoying time together in Provence, France!

To celebrate the rapper’s 44th birthday on Tuesday, the two were spotted spending some one-on-one time together while on vacation, staying at a luxury hotel that’s a favorite for lovers of art and beauty. Photographers captured the new couple taking a romantic stroll outside, seemingly paying no mind to onlookers.

Both West and Shayk went casual for the outing, with the “Wash Us in the Blood” rapper sporting an all-black ensemble, and the 35-year-old model in black high-waisted sweatpants with a white crop top and sneakers. 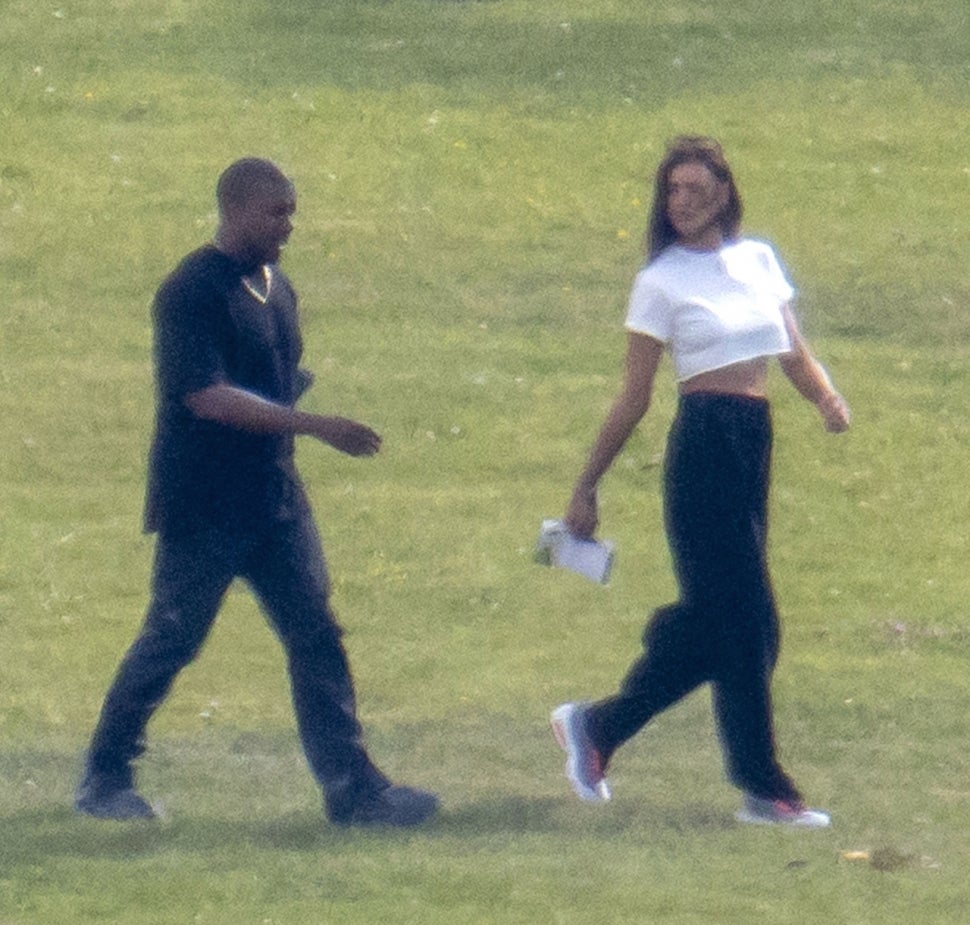 A source tells ET that West and Shayk have “casually been seeing each other,” and have “been friendly for a long time.”

“Kanye loves having someone in the fashion world as that’s a big part of his life and Irina enjoys Kanye’s passion for it,” the source says. “The two have kept things on the DL for a while as they are both very private.”

A second source notes that West has always thought Shayk “was extremely beautiful and cool.”

“Now that they are both single at the same time, Kanye has been trying to woo Irina and impress her,” the source adds. “They’re having a good time together and Kanye really likes that Irina is low-key and private.”

West’s friendship with Shayk comes amid his highly publicized divorce from Kim Kardashian West. The 40-year-old reality star filed for divorce from the rapper in February, after six years of marriage. They share four children together — North, 7, Saint, 5, Chicago, 3, and Psalm, 2.

“The entire situation between Kim and Kanye is still pretty emotional and not fully resolved, so it’s been hard to completely close this chapter,” a source recently told ET. “The kids spend the majority of the time with Kim and have been for a while. Kim has more control over their schedules. If Kanye does see them, Kim will have a say in what that entails.”

Shayk, meanwhile, has been co-parenting 4-year-old daughter Lea with her ex, Bradley Cooper. “I never understood the term co-parenting,” the model admitted to Elle in March. “When I’m with my daughter, I’m 100 percent a mother, and when she’s with her dad, he’s 100 percent her dad. Co-parenting is parenting.”

“My past relationship, it’s something that belongs to me, and it’s private,” she added. “It’s just a piece of my inner self that I don’t want to give away.”

Hear more in the video below.