Star Wars: The Rise of Skywalker director JJ Abrams has responded to John Boyega’s vow that he will risk his career to support the Black Lives Matter movement.

The Finn actor gave a powerful speech to protestors at a London rally for Black Lives Matter this week, addressing the tragedy of George Floyd, a Black man, who died after a white police officer kneeled on his neck for several minutes, despite Floyd saying that he couldn’t breathe.

“I’m speaking to you from my heart,” he told them through tears. “Look, I don’t know if I’m going to have a career after this, but f**k that. Today is about innocent people who were halfway through their process. 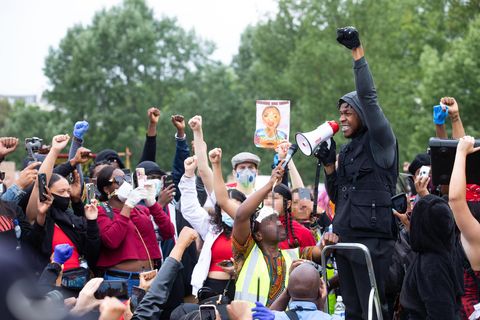 In response to his powerful words, Boyega received support from both of his former Star Wars directors — with JJ Abrams making it clear that he would work with him again in a heartbeat.

“You KNOW that as long as I’m allowed to keep working, I’ll always be begging to work with you. Deep respect and love, my friend,” he tweeted.

You KNOW that as long as I’m allowed to keep working, I’ll always be begging to work with you. Deep respect and love, my friend. https://t.co/DcMEwEmzh9

Star Wars production company Lucasfilm stood behind Boyega as well in a statement, breaking from its usual stance as a largely apolitical organization.

“The evil that is racism must stop,” the Lucasfilm statement read. “We will commit to being part of the change that is long overdue in the world. John Boyega, you are our hero.”

Lucasfilm’s parent company, the Walt Disney Co, has pledged to donate $5 million to help social justice group the NAACP fight “disparities and racial discrimination through their advocacy and education programs”.