Home » Celebrities » 'The Bachelorette': Hannah Brown Said the N-Word on Social Media and Fans Think Her Apology Was Trash

'The Bachelorette': Hannah Brown Said the N-Word on Social Media and Fans Think Her Apology Was Trash

Hannah Brown is used to being in the spotlight and having people comment on her decisions. But this time, she did something way worse than allowing a misogynistic man to ruin most of her Bachelorette season or getting engaged to the wrong guy. This time, she was caught saying the N-word on Instagram Live and initially gave the most half-hearted apology ever. Now that she’s receiving major backlash, Brown has tried to apologize again. 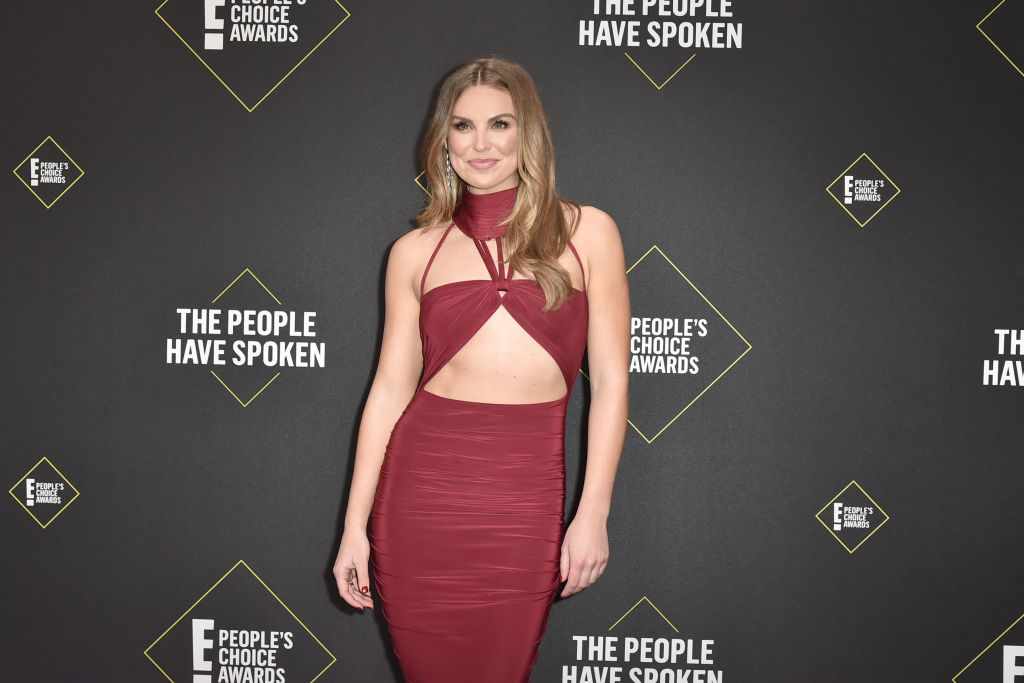 RELATED: ‘The Bachelor’: Why Hannah Brown Is Having Trouble Dating

Since being quarantined due to the coronavirus (COVID-19) pandemic, Brown has been using TikTok quite a bit and showcasing her dancing skills by learning TikTok dances. In an Instagram Live, she tried her hand at the dance to “Rockstar” by DaBaby. Not able to remember the dance, she began singing the words to the song while trying to do the moves. She sang along and did not censor herself when the N-word came up.

Brown breezed right through the N-word without even noticing that she had said it. As people in the comments started calling her out for it, she gave a giggling apology.

Someone off-screen tried to cover for Brown, saying that they did not think that she said it.

TFYMW you wake up and pretend like you’re planning something fun, when really you know you’re gonna do the sameee dang thing you did yesterday. ?

Later, she eventually owned up to it.

“I don’t think I said that word, but now I’m like… Oh god. I’ve never used that word,” Brown said. “I’ve never called anybody that… You can think I’m something that I’m not, but I’m not that.”

After her apology in the initial video did not go over well, Brown released a statement on her Instagram stories.

“I owe you all a major apology,” she said. “There is no excuse and I will not justify what I said.”

“I have read your messages and seen the hurt I have caused,” she continued. “I own it all. I am terribly sorry and know that whether in public or private, this language is unacceptable. I promise to do better.”

People are not too happy with Brown right now. Even Bachelor alum Bekah Martinez called Brown out.

“How are people still gonna defend CELEBS with SOOO much access to privilege, knowledge, and education saying the N-word,” Martinez wrote on her Instagram story. “Even if it’s ‘just the lyrics to a song’ … especially when that person had the wherewithal to skip over the F-word lyric first.”

BYOBubbles if you wanna beach with me.

RELATED: ‘The Bachelor’: Fans Think Hannah Brown and Tyler Cameron Are Back Together After She Reunites with Him in Florida

And fans felt the same way.

“Really disappointed to see that video of you saying the n-word and seeing you giggle and laugh your way through an apology, and the way you suggested maybe it was one of your friends, implying you hang around (non-black) people who do say it,” one person commented.

“Imagine getting caught saying the n-word and then laughing about it? I’m disgusted,” another person wrote.

“I’m unfollowing you,” another person promised. “You have yet to apologize sincerely for using racist language. Do better, basic.”