The Truth About Leslie Jones And Kate McKinnons Relationship 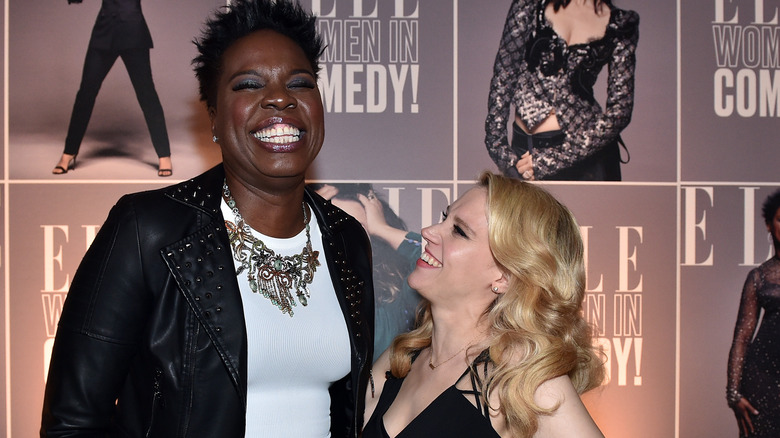 These ladies of “Saturday Night Live” are fan favorites for a reason. Kate McKinnon first joined the “SNL” family in 2012 (via IMDb) as the first openly gay female cast member and won audiences over for her spot-on impressions of Hillary Clinton, Justin Bieber and, most recently, Rudy Giuliani. McKinnon’s secret to imitating the political and Hollywood elite? In a 2021 interview with Variety she explained,”You’ve got to find something you admire in them and that you like. I try to do that.” McKinnon’s comedy skills are so sharp, she famously made Bill Hader laugh during her “SNL” audition (via YouTube).

Leslie Jones’ journey to the front of the camera was less conventional. After auditioning in 2013, Jones was hired to strictly write for the series (via Biography), but after scoring a hilarious guest spot on “Weekend Update” where she ranted about her dating life, Jones was quickly bumped up to featured player, becoming the oldest person to ever join the cast (via LA Times).

Both McKinnon and Jones have acted in a number of sketches together and even co-starred in feature film “Ghostbusters”. But what is their relationship like off-screen? 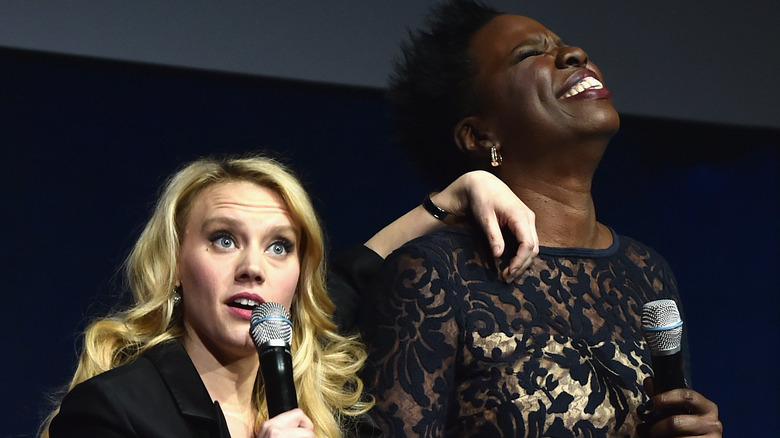 In a 2016 interview with Refinery 29, McKinnon said of her “SNL” co-star that they became “sisters for life” after filming “Ghostbusters”. “Leslie and I have worked together for two years at ‘SNL’,” McKinnon stated. “We were very close by the time we got there to film and got so much closer, pathologically closer over the course of the summer in fact.” We’re glad to hear it! The two comediennes take friendship to a new level in a number of ways, one being showing genuine joy for each other’s achievements.

When McKinnon won Best Supporting Actress at the 2016 Emmy Awards, Jones sent out a supportive tweet, cheering her BFF on (via Bustle). The women’s strong friendship extends all the way to a shared stance on body hair removal. In a joint interview with Entertainment Weekly, both Jones and McKinnon bonded over a hatred of shaving their legs. McKinnon earnestly asked, “Why are we getting rid of the stuff?” with Jones nodding in agreement, “I never shave my legs.”

Hopefully, Jones and McKinnon’s best friendship follows the trajectory of another famous “SNL” duo. If the 2022 Golden Globes are looking for hosts, we know who to call.