Where To Buy The Exact Clothes Beth Wears On Good Girls 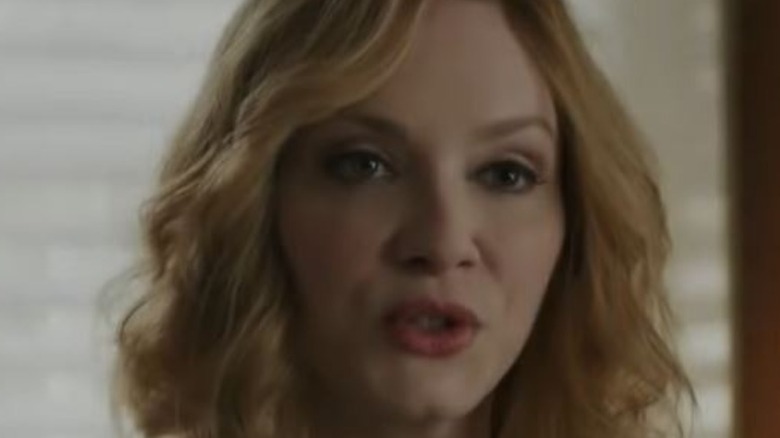 “Good Girls,” which premiered in 2018, focuses on three mothers who go to the extreme to protect and provide for their families. The drama series stars Retta as Ruby Hill, Mae Whitman as Annie Marks, and Christina Hendricks — an actress known for portraying Gabby Gabby in “Toy Story 4,” Cindy in “The Strangers: Prey at Night,” Unity in “Rick and Morty,” and Joan in “Mad Men” — as Beth Boland (via IMDb).

Those who have seen the show know that Beth may spend her days baking cookies and carpooling her kids around town but could, at any moment, be involved in some more dangerous extracurricular activities.

That being said, her outfits are always very pretty and polished, but they are versatile, as well, allowing her to be ready for anything. The exact clothing items Beth wears on “Good Girls” can even be found, browsed through, and shopped for, thanks to the website WornOnTV.

Clothing items ranging from dresses and jackets to aprons, all worn by Christina Hendricks' character, can be purchased 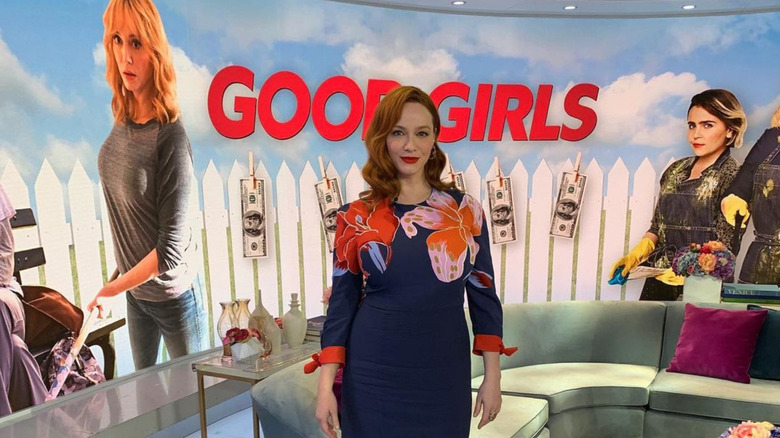 As mentioned, “Good Girls” character Beth Boland, played by Christina Hendricks, is a mom, first and foremost, so she spends her fair share of time in the kitchen. The first garment from WornOnTV is the Meyer Lemon Apron, which was featured on the first episode of the fourth season of “Good Girls” and which is available at Williams Sonoma.

This character loves florals, and one particular dress with this print spotted on “Good Girls” is the Gemma Lace-Trimmed Floral Crepe Midi Dress by Rixo. It is also from season four and, per WornOnTV, can be found at a few places, like Moda Operandi, Net a Porter, Mytheresa, and Farfetch.

A wardrobe staple for a woman like this is a utility jacket, and Beth Boland wore a great one in the third season of “Good Girls.” Called the Downtown Field Jacket by J. Crew, it is another as-seen-on-TV piece of clothing that can be bought and worn by fans, due to this awesome website! WornOnTV reveals you can also find the jacket at Nordstrom.