Britney Spears’ fans finally got to hear her speak about her fight for freedom from her conservatorship. During a virtual hearing, she told Los Angeles Superior Court Judge Brenda Penny that her father, Jamie Spears, “should be in jail” for allegedly grossly abusing his role as the guardian of her estate. “He loved the control [he had] to hurt his own daughter, one hundred thousand percent,” she claimed, per Variety.

Britney also accused her family of living off of her 13-year conservatorship. She didn’t single any family members out, but she did predict that at least one relative would speak out against her wish to end the conservatorship. “I won’t be surprised if one of them has something to say going forward, and say, ‘We don’t think this should end, we have to help her,'” she stated. One member of the family who is pushing back against her claims about her horrific treatment is her brother-in-law, Jamie Watson. Watson is married to the singer’s younger sister, Jamie Lynn Spears.

While speaking to Page Six, Watson argued that the family has no ill intent toward Britney. “I can assure you her family loves her and wants the best for her,” he remarked. “I wouldn’t be around people who weren’t. Who wouldn’t want to be in support of Britney?” Watson has stayed out of the spotlight for the most part, so who exactly is the man defending Britney’s family? 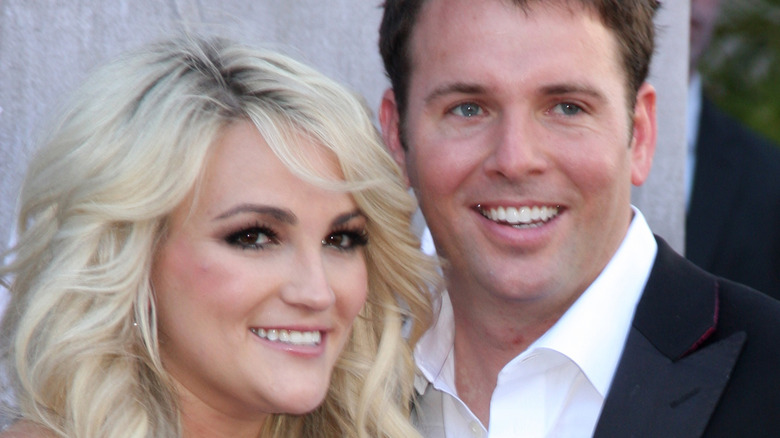 Jamie Lynn Spears temporarily became a bigger tabloid target than her older sister when she announced that she was pregnant at age 16. She was starring on the series “Zoey 101” at the time, but the show ended and she began shunning the spotlight. She and boyfriend Casey Aldridge welcomed their daughter Maddie in 2008. The couple never wed and split in 2010, per People. A few months later, Jamie Lynn met Louisiana native Jamie Watson.

According to Us Weekly, Watson runs a company that sells electronics to corporations. On the 2016 TLC special “Jamie Lynn Spears: When the Lights Go Out,” he described himself as “a normal guy with a normal job,” and he claimed that he had no idea who Jamie Lynn was when they met.

She met Watson through friends, and her first impression of him wasn’t great — she thought he “was kind of awkward and kind of weird.” But love eventually blossomed, and Watson said that he knew it was time to propose when he “had fallen in love with Maddie just as much as her.” The two Jamies wed in 2014 and welcomed a daughter, Ivey Joan, in 2018.

Watson is a proud stepdad who often posts photos of Maddie playing softball on Instagram. He’s an avid hunter, and some of his followers weren’t happy when he shared photos of Maddie holding a gun and posing with a large number of dead ducks.