Home » Celebrities » Who Is Justine On ‘Love Island’ Season 2? Here’s What We Know About Her

Who Is Justine On ‘Love Island’ Season 2? Here’s What We Know About Her

As always, Love Island brought the drama right from the jump in its Season 2 premiere. In the first episode of the new U.S. season, eleven singles met on a posh Las Vegas rooftop and paired up with their initial matches… and an immediate fan-favorite was born. The contestant every fan is talking about is Justine, so who is Justine on Love Island Season 2? Let’s get to know her.

The second season of Love Island USA premiered on Monday, Aug. 24, and fans were more than ready to dive into all the messy romantic drama after the reality show had to delay its production for several months due to the coronavirus pandemic. Because of these delays and the requirement for contestants to remain quarantined during filming, this new season is markedly different from every other season of the show. For one thing, the show isn’t taking place over the summer like it usually does, and in an even bigger divergence, the season is set entirely at the Cromwell hotel in Las Vegas rather than a tropical, international location.

Despite a couple big changes, though, everything else about Love Island remained the same. In the premiere episode, the group of women entered the villa and met one another before the men entered. To choose their initial pairs, the women were instructed to step forward if they were attracted to a man that entered the house. The first man to show up was Jeremiah, and even though Justine immediately stepped forward, he chose Cely as his match instead. Unfortunately, Justine didn’t catch a break with any of the guys, and after another contestant also chose Cely as his partner, Jeremiah finally coupled up with Justine. Yep, that’s right — the guy who rejected her right off the bat is now paired up with her. Not exactly ideal. 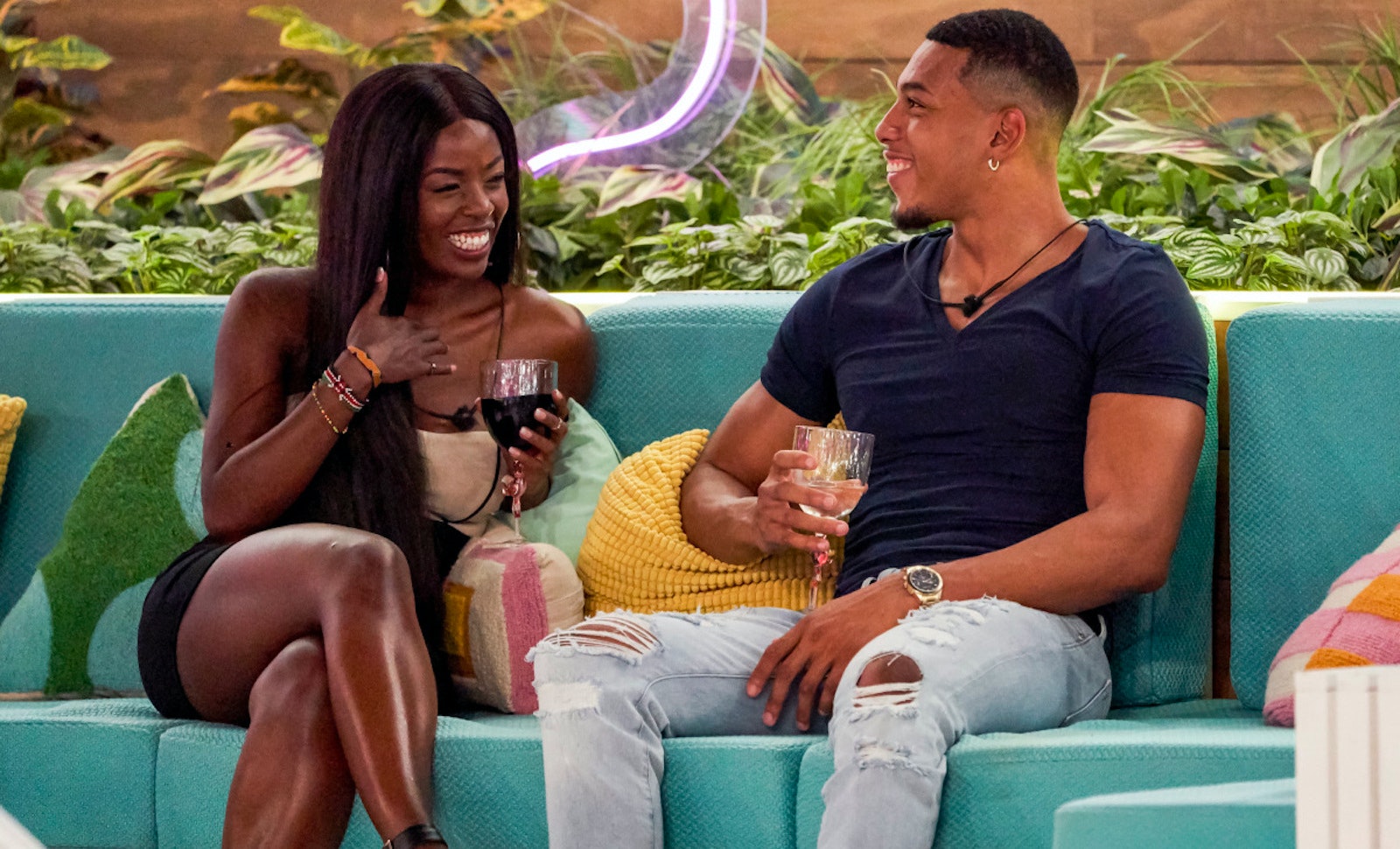 Justine definitely tried to make the best of the situation, putting herself out there to get to know Jeremiah, but fans were quick to pick up on how visibly disinterested he was in pursuing the romance at all. In the end, the two decided to just keep things friendly.

Overall, the premiere episode was a pretty big disappointment for viewers who were excited to see Justine on the show, since it seemed like none of the men in the house were interested in her. Tons of fans took to Twitter to bring up what strongly appears to be colorism at play in a group of men immediately writing off a conventionally attractive dark-skinned Black woman right off the bat.

While it was hard for a lot of fans to watch Justine go through the ringer in the first episode, the bright side is the show is only just beginning and a ton of new options for Justine will be entering the villa soon enough.

The guys may have not gotten to know Justine right away, but fans don’t have to miss out:

A survivor of the Rwandan genocide, Justine was born in the Democratic Republic of the Congo and immigrated to the United States in 2001 when she was just eight years old, according to her CBS bio. In her intro video, Justine described her family as very religious and important to her, but she does have a secret she keeps from them: While she works full time as a billing coordinator, Justine also has a part-time job as a go-go dancer. She said her two jobs are emblematic of the two sides to her.

Season 2 of Love Island USA airs every night of the week (except Wednesdays) at 9 p.m. ET on CBS. On Saturdays it airs an hour earlier, at 8 p.m. ET on CBS.