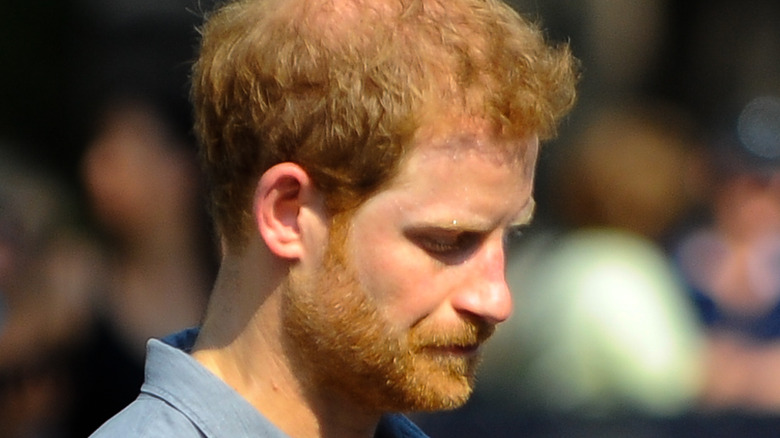 Prince Harry continues to be very candid about an array of mental health issues that both he and his wife Meghan Markle have dealt with. The Duke of Sussex has been opening up about those issues in his AppleTV docuseries with Oprah Winfrey titled “The Me You Can’t See.” Recently, Harry shared some very private moments that happened between he and Meghan while she was struggling with depression and suicidal thoughts, per ET. Harry admitted that Meghan was in a dark place during her pregnancy with their son, Archie, and that she felt very scared because she had the clarity of mind to know she needed help, but also that she couldn’t stop having suicidal thoughts.

“The scariest thing for her was her clarity of thought. She hadn’t lost it. She wasn’t crazy. She wasn’t self-medicating, be it through pills or through alcohol. She was absolutely sober. She was completely sane, yet in the quiet of night, these thoughts woke her up,” he says. Harry added that what stopped Meghan from acting on her suicidal thoughts was her husband and their unborn son. “The thing that stopped her from seeing it through was how unfair it would be to me after everything that happened to my mum and to now be put in the position of losing another woman in my life with a baby inside of her, our baby.” Sadly, Harry admits that he regrets the way he handled the news of Meghan’s depression.

If you or anyone you know is having suicidal thoughts, please call the National Suicide Prevention Lifeline​ at​ 1-800-273-TALK (8255)​. 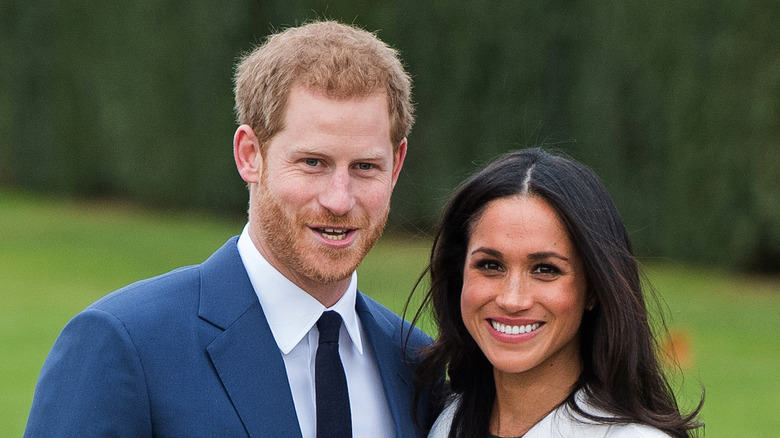 According to The Daily Mail, Prince Harry revealed that Meghan Markle first told him about her depression and thoughts of suicide before they were due at an event in London in January 2019. Harry claims that his wife opened up about her issues and that the two shared a moment together, but that he was forced to drop the conversation and get ready to attend the event due to his royal responsibilities. “I’m somewhat ashamed of the way that I dealt with it, and of course, because of the system that we were in and the responsibilities and the duties that we had, we had a quick cuddle, and then we had to get changed to jump in a convoy with a police escort and drive to the Royal Albert Hall for a charity event. Then step out into a wall of cameras and pretend as though everything’s okay,” Harry said.

The Duke of Sussex says that looking back he wishes he would have handled the situation differently, and simply been there as a person to listen while his wife opened up about her feelings, per Bustle. “So many people are afraid of being on the receiving end of that conversation because they don’t feel like they have the right tools to give the right advice, but what you want to say is you’re there. Because listening and being part of that conversation is, without doubt, the best first step that you can take,” Harry proclaimed.

If you or someone you know is struggling with mental health, please contact the Crisis Text Line by texting HOME to 741741, call the National Alliance on Mental Illness helpline at 1-800-950-NAMI (6264), or visit the National Institute of Mental Health website.