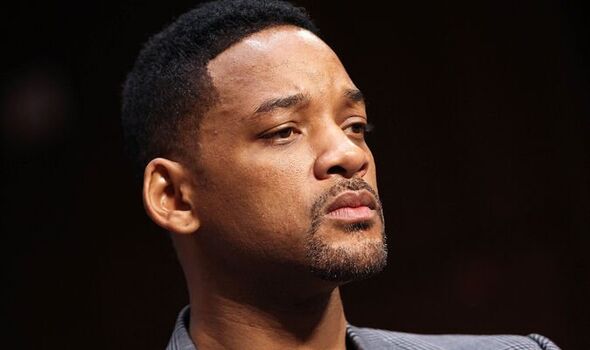 At least three of the star’s upcoming movie projects are in jeopardy following his Academy Awards slap attack on Chris Rock, and the films could be cancelled completely while he faces years in the Hollywood wilderness. A studio executive who has worked with Smith for decades said: “His whole professional life is crashing down around him and it’s beginning to sink in that he is now doomed to be an outcast.

“The punishment cancels Will as a major, sought-after actor in much the same way Johnny Depp has been treated like a pariah since being labelled a wife beater by London’s High Court. Can he bounce back? In time, possibly yes. But 10 years is a very long time to be removed from the biggest stage in showbiz.”

Smith could still win another Oscar but, for the next decade, will not be allowed to accept it in person or via remote video message at the annual ceremony. He is heading for a luxury US retreat to spend time “soul-searching and working out how he can move forward”.

Sony studio bosses have reportedly put plans for the sequel Bad Boys 4 on hold. Netflix bosses are also said to be considering shelving a sequel to Smith’s 2017 fantasy action blockbuster Bright, as well as stalling the comedy crime thriller Fast And Loose.

This week, Apple TV+ chiefs also decide on the fate of the epic Emancipation, in which Smith plays a runaway slave.

Sharon Waxman, editor-in-chief of US showbiz website The Wrap, said: “One agent we talked to said his career is mortally wounded.”

Publicist Michael Levine said: “Who’s going to say, ‘I want to make a Will Smith movie’?”

The actor, 53, lashed out at Rock at last month’s ceremony after the host joked about Smith’s wife, Jada Pinkett Smith. Soon afterwards he picked up the Best Actor award.