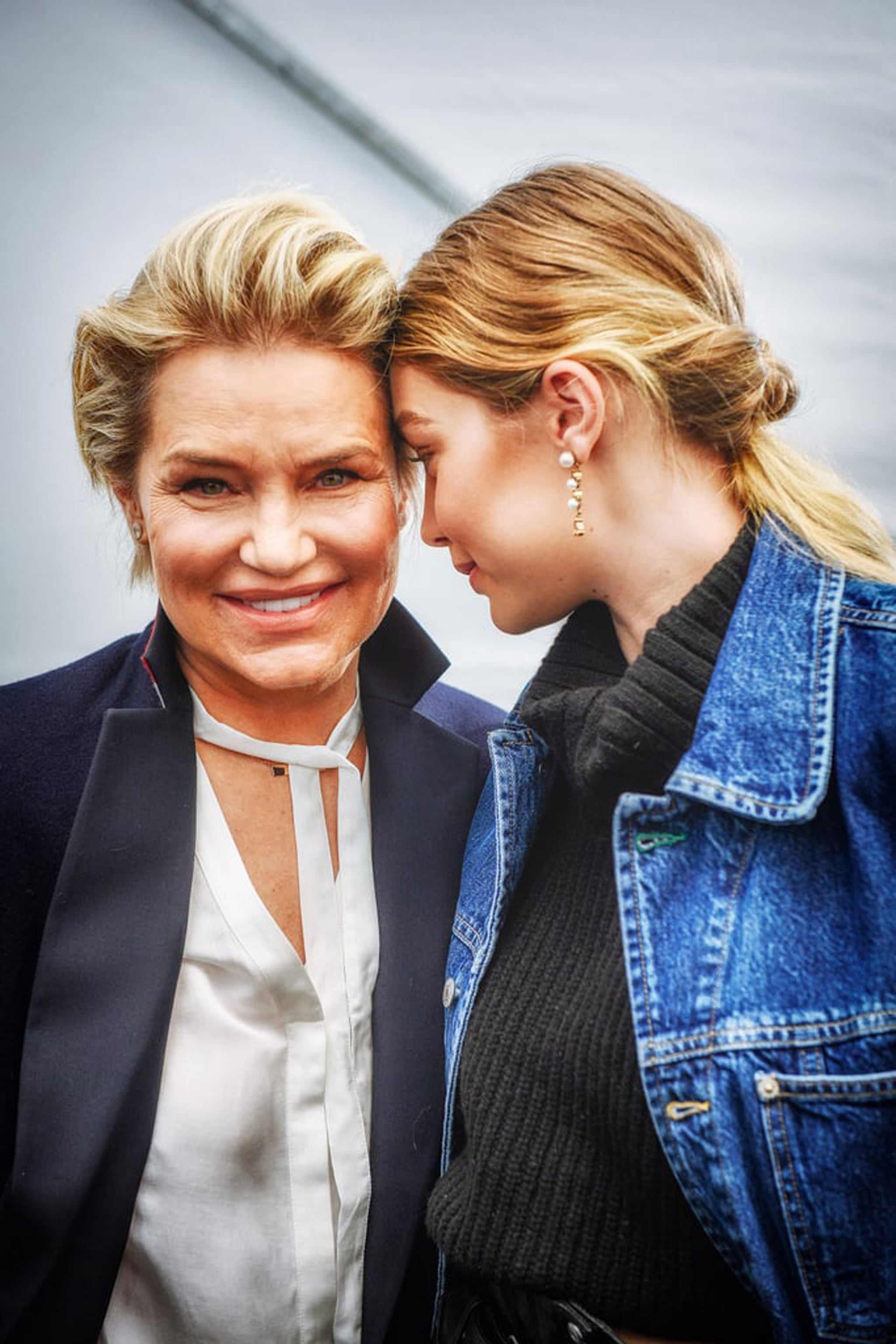 Yolanda Hadid has just confirmed that her daughter, Gigi, is expecting a baby girl with Zayn Malik.

The former model and Real Housewives of Beverly Hills alum liked an Elle UK Instagram post, which featured her interview with radio station RTL Boulevard. “Still shocked our little secret got leaked to the press,” she explained.

Adding: “Of course we are so excited. I am excited to become Oma in September especially after I lost my mom so recently. But this is the beauty of life; one soul leaves us and a new one comes in. We feel very blessed.”

To celebrate the happy news, we have devised a timeline of Gigi Hadid and Zayn Malik’s relationship so far.

In Jan. 2016: The music video for “Pillow Talk” premieres on Jan. 28, confirming that the pair are more than friends.

In Jan. 2016: Zayn somewhat confirms their relationship. During an interview with Zach Sang & The Gang, the radio hosts refer to Gigi as his girlfriend, and Zayn does not correct them.

In April 2016: The couple do a spread together in Naples for Vogue. In the feature, Zayn is referred to as Gigi’s “real-life boyfriend.”

In May 2016: The pair make their red-carpet debut at the prestigious Met Gala.

In Jan. 2017: Gigi Hadid sparks rumors of an engagement after she is photographed wearing a ring on her wedding finger.

In April 2018: The duo are spotted looking happy in love in New York City.

In June 2018: Zayn does an interview with GQ Magazine, where he announces that the pair do not need to confirm their relationship because “they’re adults.”

In Aug. 2018: The couple celebrate Eid Al-Adha in the UKwith Zayn’s family. The former One Directioner’s sister, Waliyha shared a few snaps from the occasion on Instagram.

In Oct. 2018: Gigi posts a snap of the two on Instagram, alongside the caption: “Flyin’ home to be with my happy place.”

In Jan. 2019: The pair breakup (again), with insiders claiming that “both [Gigi and Zayn have] been really focused on themselves and their separate careers.”

In Nov. 2019: Rumors of a Zigi reunion begin. According to a source at E!, Hadid “has always had a soft spot for Zayn and they have a lot of history together.”

In Dec. 2019: Gigi gives Zayn’s mom, Trisha, a shout-out in an Instagram Story. The 25-year-old model tagged Malik’s mom in her Instagram story after preparing one of her recipes.

In Jan. 2020: Gigi Hadid and Zayn Malik are photographed celebrating Zayn’s 27th birthday in New York. The two stepped out with Bella Hadid and Dua Lipa, who is dating Gigi’s younger brother Anwar.

In Feb. 2020: The Palestinian-American model confirms their relationship by sharing a cute Valentine’s Day post on Instagram. In the snap shared on Gigi’s photography account, gisposable, Zayn can be seen visiting the Hadid family farm in Pennsylvania. Gigi captioned the post: “HEY VALENTINE Z on the farm ♡ Dec 2019”.

In Feb. 2020: Gigi defends Zayn from YouTuber Jake Paul in what would surely become one of the most iconic celebrity Twitter takedowns in history.

In April 2020: Gigi Hadid spends her 25th birthday with Zayn and her family.

In April 2020: TMZ breaks the news that the couple are expecting a child together. “Family sources” for the model tell TMZ that Hadid is 20 weeks along, but she has not yet publicly confirmed the news.

In April 2020: Gender Reveal. Family sources close to the pair reportedly tell TMZ that the are expecting a baby girl.

In April 2020: Gigi Hadid’s mom, Yolanda, likes an Elle UK Instagram post, which features her interview with Dutch radio station RLT Boulevard. During her interview, the mom-of-three reveals that she can’t wait to be grandmother in Sept.