Home » Celebrities » Zelensky and Klitschko, the Evolution of Ukrainian Greatness

Zelensky and Klitschko, the Evolution of Ukrainian Greatness

Two Ukrainians have emerged as war heroes who have inspired their nation and the world with their bravery and fortitude … both improbable leaders who rose to the occasion.

Volodymyr Oleksandrovych Zelensky was born in 1978 to Jewish parents in southern Ukraine. His family moved to Mongolia for 4 years and then returned to their homeland.

He studied at the Kyiv National Economic University and graduated in 2000 with a law degree.

And then, the turn to acting. While he was a student, he became interested in theatre, and from 1997-2003 he appeared on an improv show on Ukrainian TV.

In 2003, Zelensky founded a TV studio, serving as the creative director until 2011. Under his watch, the studio became one of the most successful in the country.

He went on to star in some farce comedies. He also tried his hand at romantic comedies — one called “8 First Dates” and another called “8 New Dates.”

He appeared on “Dancing with the Stars” and won the whole thing. He also was the voice of Paddington the bear in Ukraine’s version of the films.

In 2014, as the then-Ukrainian President was toppled, Zelensky starred in a new show — “Servant of the People” … about a school teacher’s improbable rise to power as President of Ukraine. The show became a huge hit.

Then another big turn. He decided to imitate his art and run for President of Ukraine in 2019 … and his celebrity was enough to garner 73% of the vote.

The first real exposure Americans had to Zelensky was during the first Donald Trump impeachment, when Trump tried pressuring him to investigate Hunter Biden in return for receiving aid, something he refused to do.

You know the rest … a guy who never dipped his toe in politics led the nation and stood firmly against Russian occupation. Zelensky has become a modern-day Winston Churchill, even quoting him in his resolve to save his country. 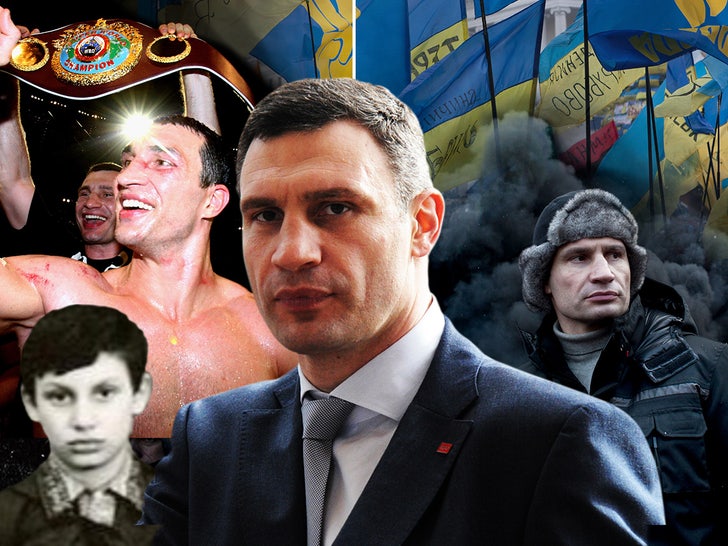 Vitali Klitschko is an equally improbable war hero. He was born 50 years ago in the U.S.S.R. and developed a love of boxing at age 13. He and his brother, Wladimir, both became amateur boxers and Vitali won a gold medal.

Vitali graduated from the Pedagogical Institute in Ukraine in 1996 and did postgraduate work at Kyiv University. He ended up with a Ph.D. in Sports Science.

Vitali and Wladimir both became professional boxers in 1996, and both excelled. 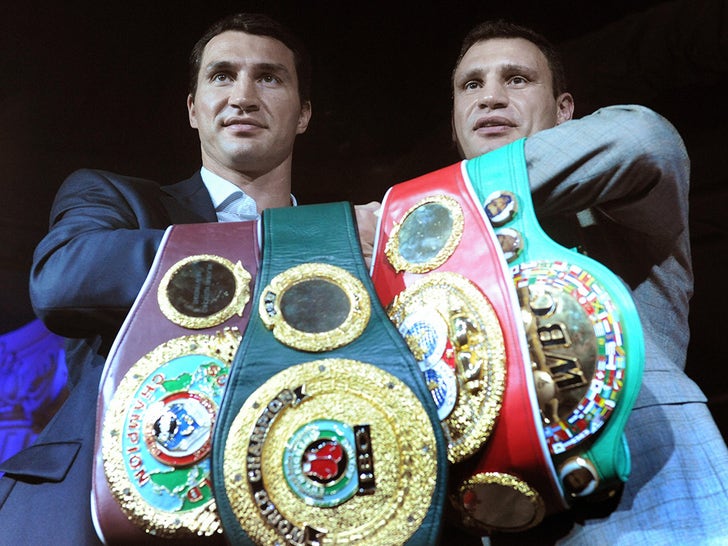 Vitali played a big role in Ukraine’s 2004 Orange Revolution, and ran twice for mayor of Kyiv — both times unsuccessfully.

In 2010, Vitali became the leader of the Ukrainian Democratic Alliance for Reform. He gave up the WBC title in 2013 for a life in politics.

Vitali ran for mayor of Kyiv and won in 2014, and remains mayor to this day.

He’s been a popular city official now for nearly 8 years, but it was not a position that put him in the eye of the storm. Well, that’s where he is now, and his resolve is in lockstep with Zelensky … both of whom are willing to risk their lives and fight for their country. Both have received international acclaim … proving politics is not just for professional politicians.