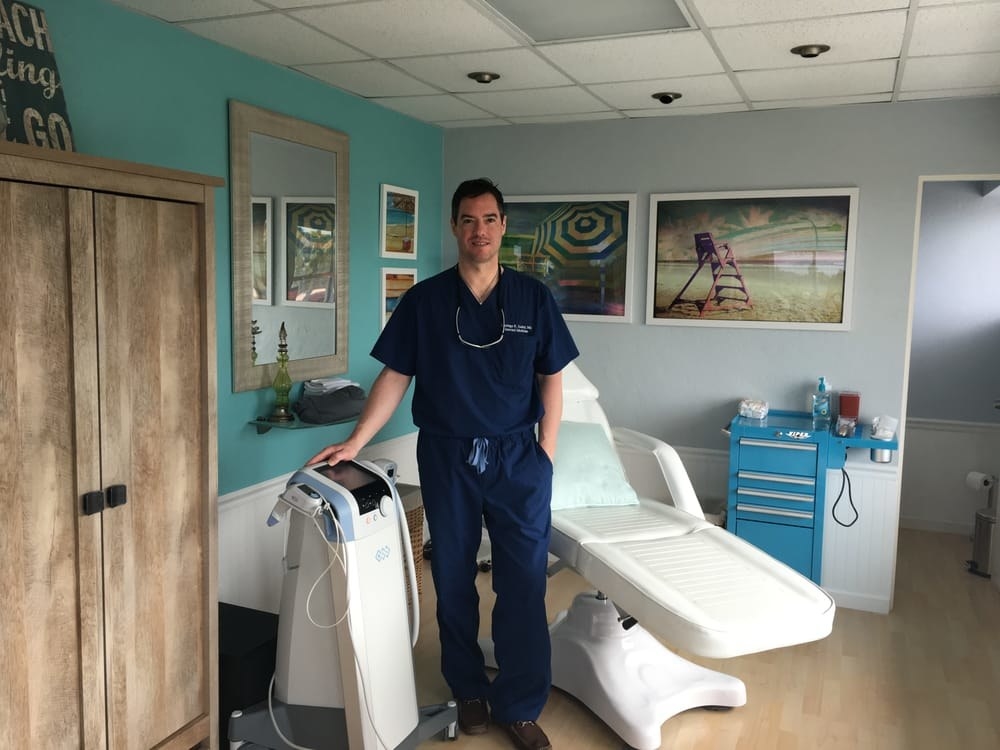 A California doctor has been charged with fraud for allegedly selling a “100%” cure for COVID-19 that included drugs touted by President Trump as an effective treatment for the disease caused by the coronavirus.

Dr. Jennings Ryan Staley, a licensed physician, was charged Thursday with mail fraud in connection with the sale of what he described as a “100%” cure for COVID-19, the US Attorney’s Office for the Southern District of California said in a statement. Staley, who operates the Skinny Beach Med Spa, a beauty spa in San Diego, allegedly claimed that the treatment would make customers immune to the virus for at least six weeks.

FBI agents began investigating Staley after receiving a tip that Skinny Beach sent emails advertising “COVID-19 treatment packs” in late March. The treatments were described as a “concierge medicine experience” priced at $3,995 for a family of four, and included the medications hydroxychloroquine and azithromycin, and “anti-anxiety treatments to help you avoid panic if needed and help you sleep.”

Autoimmune drugs like hydroxychloroquine and chloroquine, both developed for use against malaria, are used in various capacities as COVID-19 treatments. Hydroxychloroquine, which is also taken by patients with lupus or rheumatoid arthritis, has been used in combination with azithromycinm, an antibiotic, to treat people with the coronavirus.

President Trump has repeatedly touted the use of these drugs as a treatment for the coronavirus, but scientists have not yet determined just how effective they are. Studies on the effectiveness of these drugs have had mixed results, and health and drug agencies, including the FDA, have urged caution and said that further tests regarding use of the drugs to treat COVID-19 are needed.

Following Trump’s comments, health care provider Kaiser Permanente confirmed that it was no longer filling routine prescriptions for chloroquine due to a potential shortage of the drug, leaving patients with autoimmune conditions desperate to find the medication.

Staley claimed that his broker was smuggling hydroxychloroquine from China in order make his own pills, the US Attorney’s Office said, and had concealed the shipment from customs authorities by describing it as sweet potato extract. Shipping records showed that Staley was in fact importing a shipment of “yam extract” to the US. 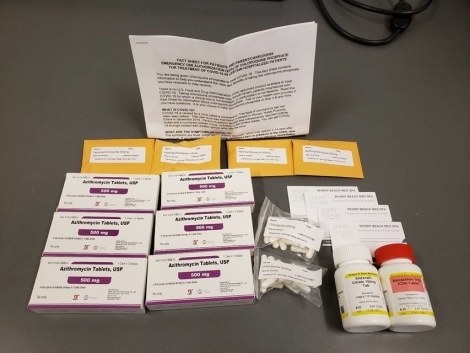 In conversations with an undercover FBI agent posing as a customer, Staley described the medication in his treatment pack as “an amazing cure” and a “miracle cure” that would cure COVID-19 “100%.” Staley claimed that if a person were to take the medication without having the disease, “you’re immune for at least 6 weeks.”

According to the US Attorney’s Office, he referred to medication as a “magic bullet.”

“It’s preventative and curative,” he said. “It’s hard to believe, it’s almost too good to be true. But it’s a remarkable clinical phenomenon.”

When later interviewed by FBI agents, Staley denied that Skinny Beach had told patients the treatments were a “100%” effective cure for COVID-19.

“No, that would be foolish. We would never say anything like that,” Staley said, adding that it was “not definitive” that the medication he offered cured COVID-19.

“We will not tolerate COVID-19 fraudsters who try to profit and take advantage of the pandemic fear to cheat, steal and harm others,” said US Attorney Robert Brewer, Jr. “Rest assured: those who engage in this despicable conduct will find themselves in the crosshairs of federal prosecutors.”

Staley’s attorney, Patrick Griffin, denied that patients were being taken in advantage of, and said in a statement sent to BuzzFeed News that it was an “inherent inconsistency” for Staley to be prosecuted for promoting the same medications championed by Trump.

“The same executive branch that has been touting these two medications for weeks has now turned around and criminally charged an [Iraq] veteran, Dr. Staley, no criminal record, for doing exactly the same thing that this administration’s been doing this whole time,” Griffin said. “There’s a need for these medications, and there’s a lot of different people and organizations that are following the lead of our chief executive.”

Griffin said that the government should be focusing on regulation, rather than prosecuting doctors like Staley, who faces up to 20 years in prison if found guilty.

“Does anyone think that if the president didn’t start pushing this that we’d be having this conversation or that this would be in the public space? Of course not,” Griffin said. “It’s not a scam, it’s not a crime.”

The US Attorney’s Office of the Southern District of California did not respond to calls Saturday. Assistant U. S. Attorney Robert Huie told the New York Times that the case is not about the drugs Staley was allegedly selling.

“It’s not about whether drugs are good or bad, it’s about him telling patients, telling would-be customers, in an effort to sell his services, that what he’s offering is a 100 percent cure and it confers temporary immunity,” Huie said.