Thanks to a viral tweet from her 28-year-old son, a woman who’s been out of work is now selling tiny picnic tables for squirrels full-time.

Maria Trezza, 56, is a lunchroom and playground aid at a school in Bolingbrook, Illinois, but hasn’t been working since schools closed due to the coronavirus. In less than a week, she has sold 130 squirrel tables just to people in her local area. She’s even created a little storefront at her house.

Her son, Dominick Trezza, told BuzzFeed News he’s received about 350 direct messages from people around the world wanting to buy one. But right now they’re only set up for pickups. 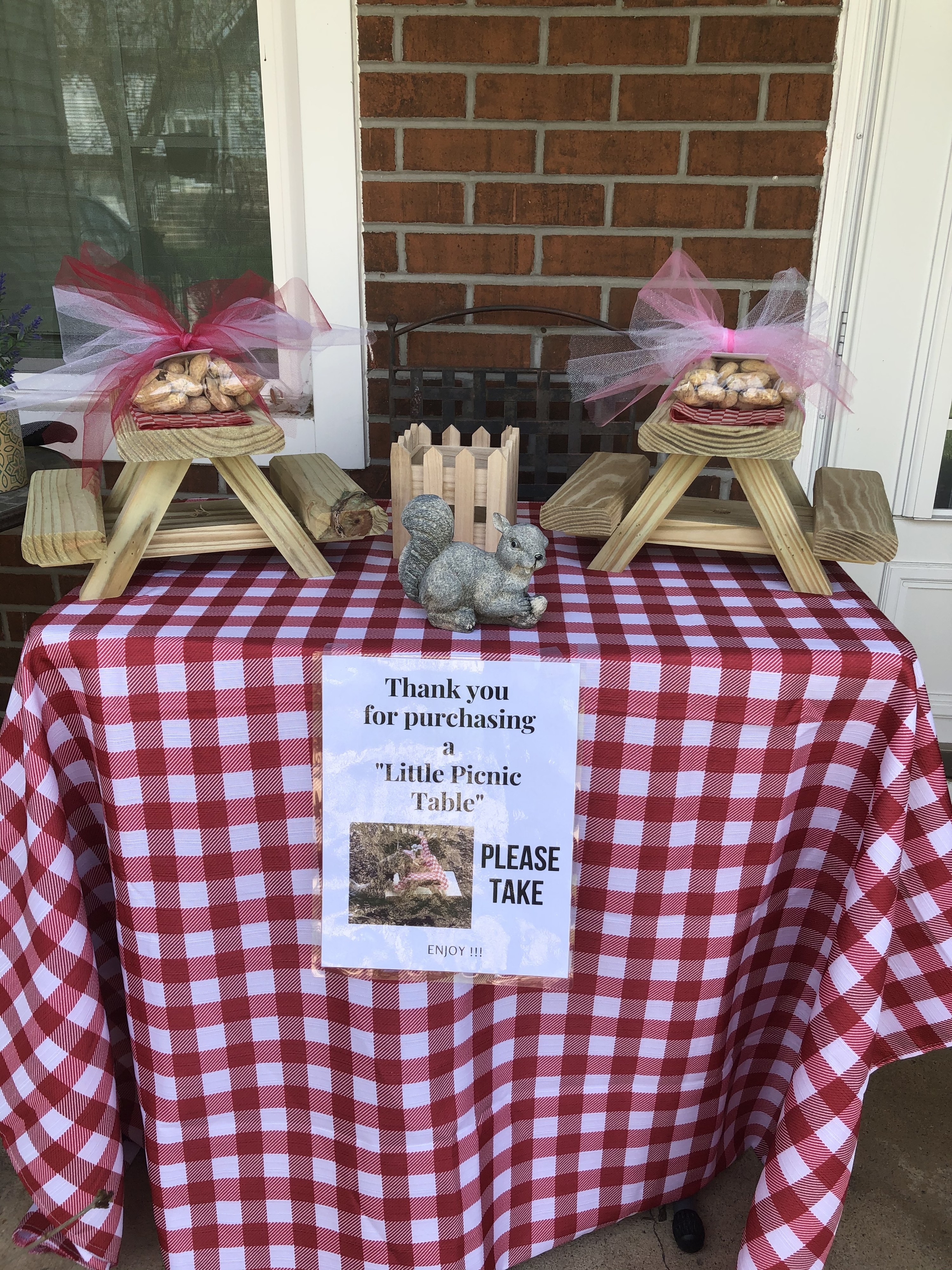 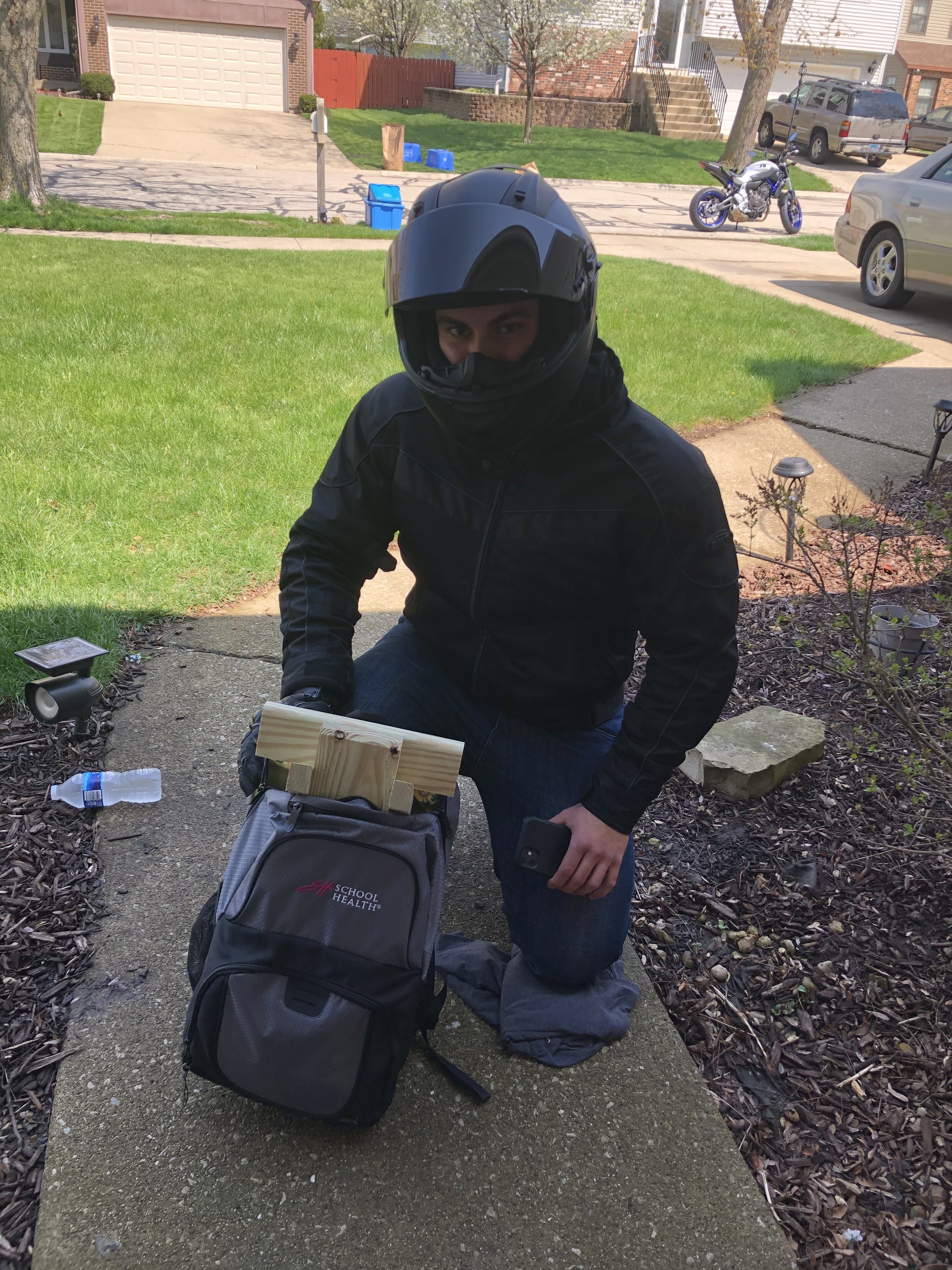 Business is booming so much that during her phone call with BuzzFeed News, Maria said a customer had arrived after driving over an hour on his motorcycle to purchase one. He decided to drive over after seeing the tweet, she said.

The happy customer strapped the squirrel table inside his backpack and rode off.

Maria said the whole idea spiraled out spontaneously after she saw a friend post a photo to Facebook of a picnic table she had purchased for squirrels. She thought to herself, “Oh my god, I want one.” Her friend told her they were $20.

Maria told her neighbor Rob about how “cute this little table was” and he surprised her by making one for her two days later. (Maria said she brings him baked goods from time to time, so this was his nice gesture back. Apparently, the table took him four hours to make.)

“I decorated it with a little tablecloth and little flowers, and I posted it to Facebook and people were like, ‘I want one!'” Maria said. So, she convinced Rob to make a few more to sell to her friends. 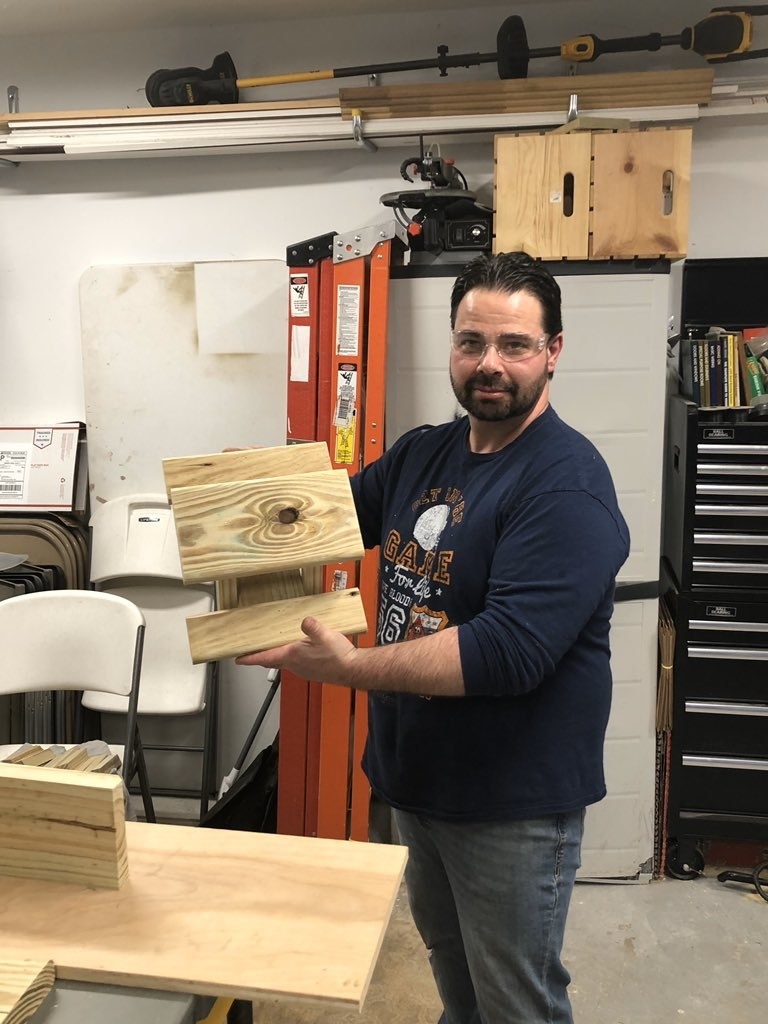 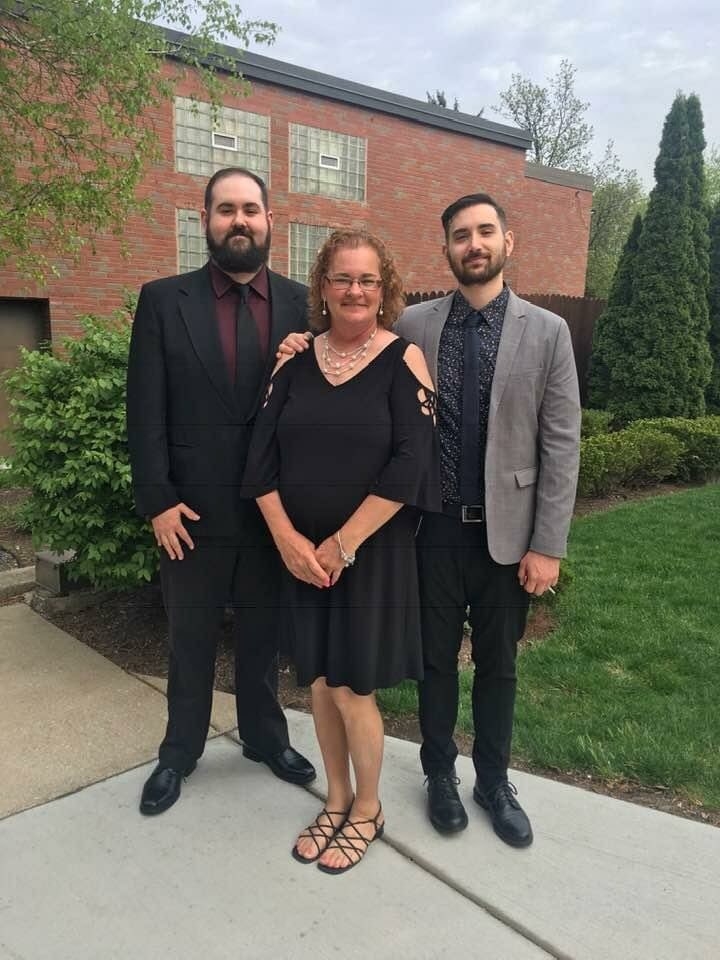 During this time, she was texting her son Dominick about her newfound hobby. He found the whole thing hilarious.

“I decided to tweet about it to see if any of my friends would want one and it instantly blew up — I’m not sure how, but it’s been crazy ever since,” he said. His tweet has been liked over 105,000 times.

The tables are currently being sold for $20. They are an additional $2 if you want a tiny picnic blanket and bow-wrapped peanuts for your squirrels.

Dominick lives across the country from his mom in the Seattle area, but he’s helping her field inquiries. They’re also in the process of figuring out how they can get the tables shipped to people who aren’t local.

Maria wants to emphasize that she did not come up with this concept. But with the enormous help of neighbor Rob, who is her supplier and sources the wood to construct each tiny table, the two of them are operating an entire business during quarantine.

According to Maria, Rob made 27 tables over the weekend, and customers and strangers on the internet love them.

“Seeing all the positive responses from my post has been really cool to see — and if a tiny little table can make someone laugh or brighten someone’s day up, it’s a win in my book,” said Dominick.

For Maria, she’s still unsure why so many people have taken a strong liking to her tables specifically. Beyond the extra income, the most rewarding aspect has been seeing how happy her customers are.

“I can’t believe how many people have even commented on my son’s tweet. I can’t wrap my brain around. That’s for one,” she said. “The people that I have met 10 feet away and talking to them have been unbelievable. They’re friendly. It makes me feel so good during this time, to see them happy. That’s really the biggest thing.” 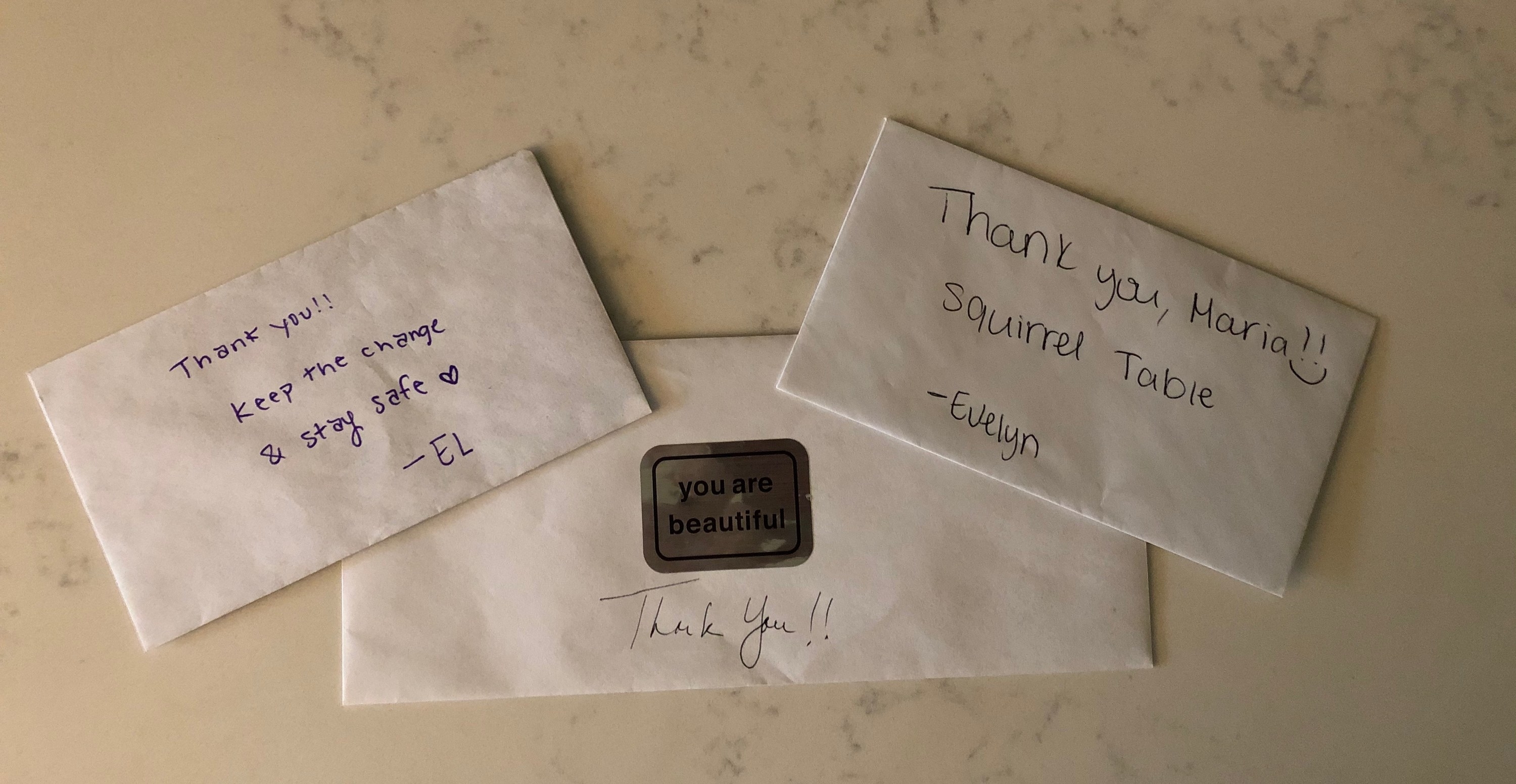 “They’re so excited — it’s so funny to see how happy they are to see a little table,” Maria said of her customers. “I’ve met some super nice people.” 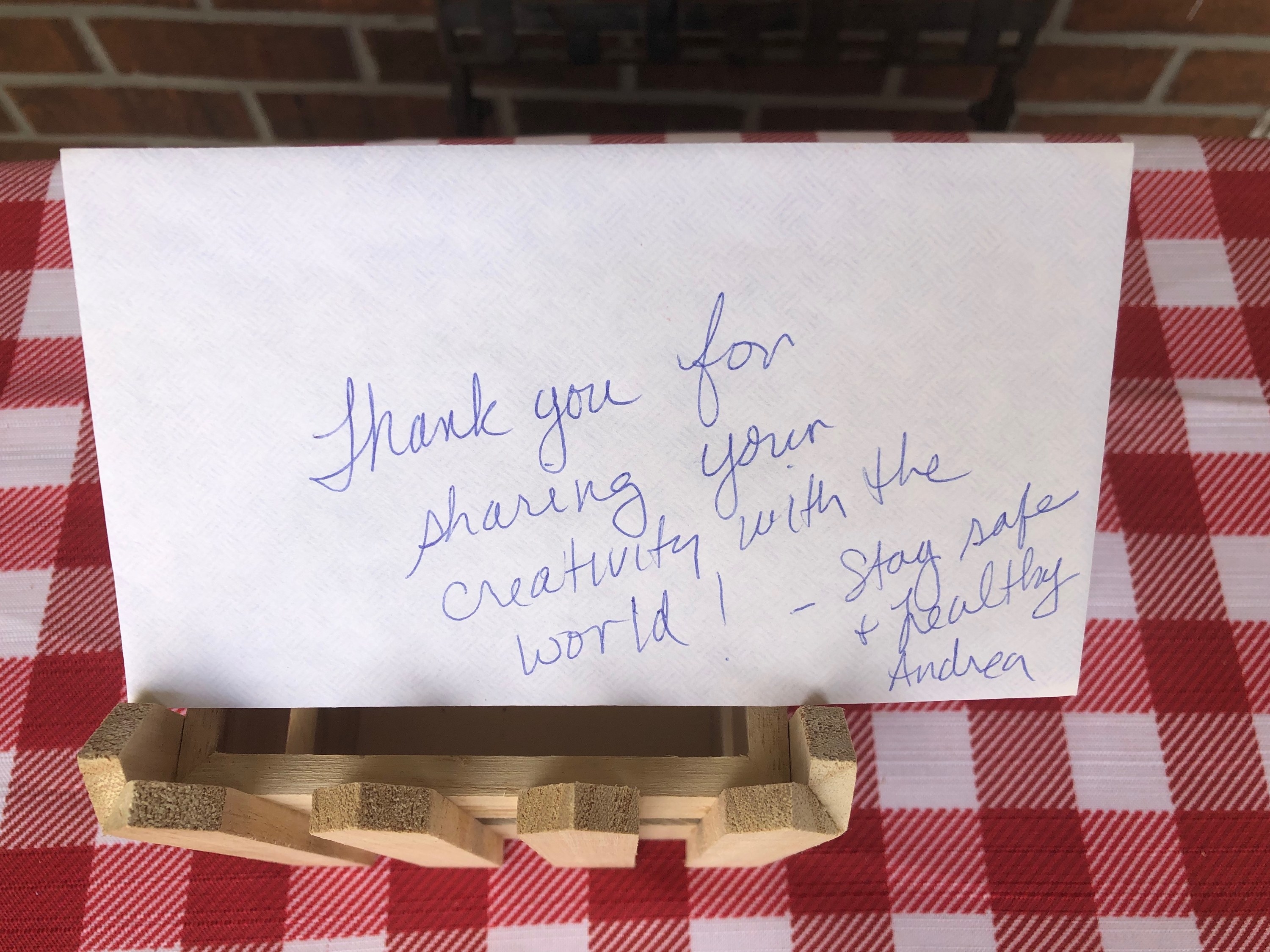