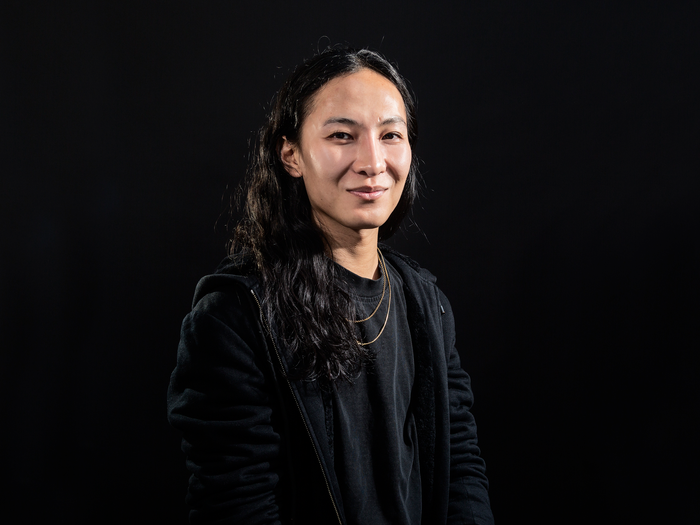 Fashion designer Alexander Wang is strenuously denying any allegations of sexual assault against him.

While some allegations were made anonymously, with Insider unable to verify the identities of the individuals, two people who publicly accused the designer of sexual assault spoke to Insider.

"Over the last few days, I have been on the receiving end of baseless and grotesquely false accusations," Wang said in a statement shared with Insider by a representative on Thursday. "These claims have been wrongfully amplified by social media accounts infamous for posting defamatory material from undisclosed and/or anonymous sources with zero evidence or any fact-checking whatsoever."

"Seeing these lies about me being perpetuated as truths has been infuriating. I have never engaged in the atrocious behavior described and would never conduct myself in the manner that's been alleged," he continued.

He added that he intends "to get to the bottom of this and hold accountable whoever is responsible for originating these claims and viciously spreading them online."

Nick Ward, whose tweet detailing an alleged incident was shared in a post on Diet Prada, told Insider that Wang "swung his hand and grabbed" his crotch at a DJ set in Brooklyn, New York, in 2017.

"As he was passing, he swung, squeezed me, and kept walking," Ward said, speaking of Wang, who he said was with a group of people at the time. "They were moving pretty quickly through, so by the time I realized what happened, I just announced to my friend, 'that guy just grabbed my dick' and they're all like, 'that was Alexander Wang.'"

Graphic designer Owen Mooney also accused Wang of sexual assault in a TikTok video responding to the social media platform's popular prompt asking "what is your weirdest seeing a celebrity in public experience."

"Being sexually assaulted by one counts, right?" he said at the beginning of the December 11 video.

In his video, Mooney goes on to say that in 2017, he was at a "packed" New York club attending a performance by the rapper CupcakKe, when a man next to him started touching his leg and crotch.

"It made me freeze completely," Mooney says in the video, adding that he had become separated from his friends when the alleged incident took place. Mooney said he looked to his left and saw that the man was "a really famous fashion designer."

"I just couldn't believe he was doing that to me," he said.

Mooney didn't mention Wang by name in the video but liked the top comment that said, "it's Alexander Wang."

In a follow-up video on December 13, Mooney said the commentor had named the right person, and mentioned Alexander Wang by name.

"The previous video, the best thing to do was to not mention any names but this comment surprised me just because they actually got it right," he said, calling Wang a "sexual predator."

"There's been loads of other people that he's done that to, so in that case he needs to be exposed," Mooney added.

The video was initially removed by TikTok — Mooney shared a screenshot on his Instagram story that appeared to show it had been removed for "harassment and bullying" — but it has since resurfaced. A representative for TikTok told Insider "the video was removed in error and has been reinstated."

Reply to @hannah_mantannayep, Alexander Wang is a sexual predator, pass it on #fyp #foryoupage

"With everything that has come to light, I want the focus to be on the many allegations pouring in after I shared my story," Mooney said in a statement he shared with Insider. "Although what happened to me was unacceptable, the stories being told by other victims is the reason why I have gone public."

Wang did not respond to specific allegations but denied any wrongdoing in the general statement above shared with Insider.

Mooney's TikTok video first gained attention after SMM reposted it on its Instagram story on Sunday, according to Diet Prada's Instagram post. The SMM account later posted his accusations to its main feed and 213,000 followers on Monday, alleging that it had heard from other people accusing the designer of inappropriate behavior.

"Male and trans models are often overlooked in the conversations of sexual assault in the modeling industry, but not today," SMM wrote in its caption. "We can't let famous people get away with sexual assault just because they're on a pedestal. They need to be held accountable just like every other abuser."

Later on Monday, Diet Prada, which has 2.3 million followers, reposted several screenshots from SMM's post in its own Instagram account, adding other allegations from Twitter as well as some anonymous messages that rapper Azealia Banks had received and shared on her Instagram story in 2019; screenshots of these stories were saved and reshared on Twitter. Diet Prada's post also alluded to Wang's status as an "NYC party figure" in its caption.

The story, originally published on December 29, has been updated with a statement Wang's representatives shared with Insider on December 31, 2020.