Amazon UK's most popular books of the year revealed

A ‘self-help meets fiction’ book loved by Prince Harry and Meghan Markle is Amazon UK’s most popular fiction book of the year.

The Midnight Library by Matt Haig, about a woman on the brink of suicide exploring parallel lives, was bought and downloaded more than any other title in 2021, Amazon.co.uk revealed today.

British author Haig, 46, was interviewed for the Sussexes’ first and only podcast episode and was featured in Meghan Markle’s guest edited edition of British Vogue.

In second place is the Harry Potter Children’s Collection: The Complete Collection, proving the perennial popularity of J.K. Rowling’s boy wizard, despite the author being ‘cancelled’ over trans comments. 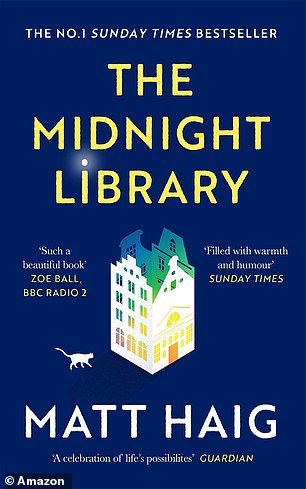 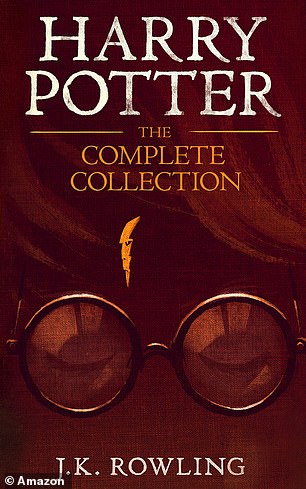 The Midnight Library by Matt Haig, about a woman on the brink of suicide exploring parallel lives, was bought and downloaded more than any other title in 2021, Amazon.co.uk revealed today. Harry Potter Children’s Collection: The Complete Collection, proving the perennial popularity of J.K. Rowling’s boy wizard, despite the author being ‘cancelled’

From Sally Rooney to Harry Potter, the most popular books of the year on Amazon.co.uk revealed 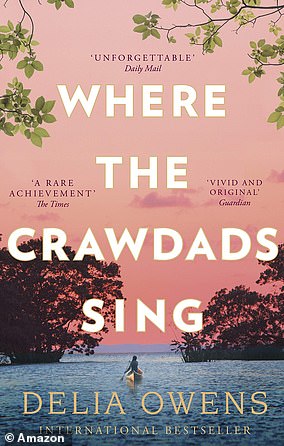 (Based on number of books sold)

THE MOST POPULAR NON-FICTION BOOKS

Atmospheric coming-of-age novel Where The Crawdads Sing by Delia Owens, which is being made into a film starring Normal People’s Daisy Edgar-Jones, is third.

Maggie O’Farrell’s Hamnet which won the Women’s Prize for Fiction last year and Shuggie Bain by Stuart Douglas which wowed the judges to win the Booker Prize in 2020 also show staying power to keep high in the charts for the second year running.

Heavyweight new entries by Kazuo Ishiguro with Klara and the Sun and Sally Rooney with Beautiful World, Where Are You also make the top ten. 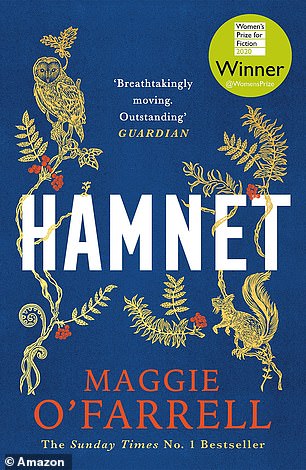 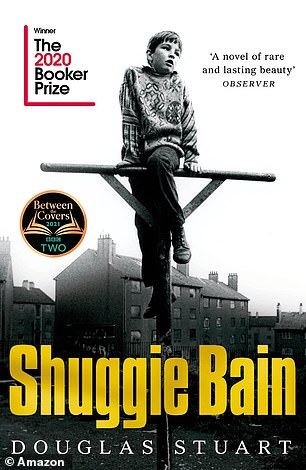 In a year in which people have still been spending a lot more time at home, the non-fiction charts are dominated by cooking, cleaning and organizing books.

While celebrity autobiographies might have been kept off the top spots, there are still autobiographies from Bob Mortimer, Dave Grohl, Miriam Margolyes and Paul McCartney high in the year’s non-fiction charts showing the format is still popular with the British public.

What the critics how to say: How the Daily Mail reviewed 2021’s most popular books 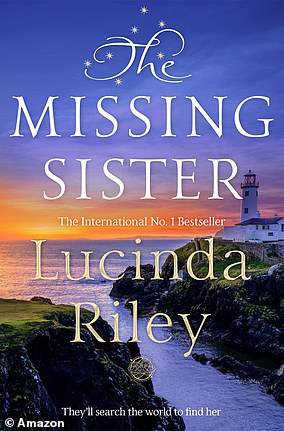 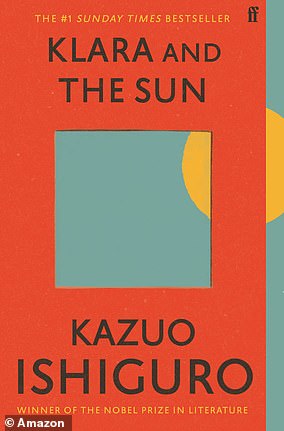 The Missing Sister by Lucinda Riley is in sixth place. Right, Klara and the Sun by Kazuo Ishiguro was seventh

Event Magazine critics: Olympic swimmer, pop star, glaciologist – just three of many dreams Nora Seed could be living if she weren’t trapped in drab reality. At 35, newly jobless and mourning her cat, she even botches her own suicide, awakening in a book-lined limbo that acts as a gateway to what-if parallel lives.

Fanny Blake for the Daily Mail: The body of Chase Andrews, local football legend and womaniser, is found in the swamp outside a small town on the North Carolina coast with no indication of how he got there.

The immediate suspect is Kya Clark, a girl who has grown up wild in the marshes.

Abandoned by her mother when she was six, then by her siblings, Kya is left with her father, an unreliable drunk who disappears for days. Rejected by the local community as ‘swamp trash’, she turned to the marsh for protection and company.

Part murder-mystery, part coming-of-age novel, its evocation of the marshland and its inhabitants is as unforgettable as Kya herself. A story of loneliness, survival and love that’s as engrossing as it is moving. 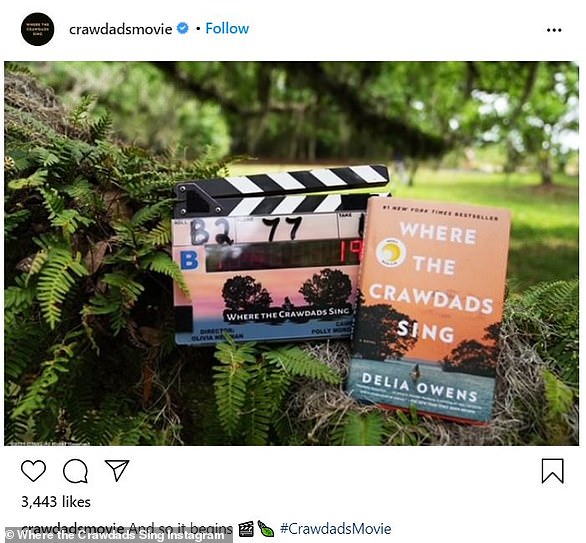 Jane Shilling for the Daily Mail: Among the scant historical details of Shakespeare’s life is the fact that he was married at 18 to 26-year-old Anne Hathaway, with whom he had three children: Susanna and twins Judith and Hamnet. Hamnet died of unknown causes aged 11, in 1596, and Hamlet was written around three years later.

Maggie O’Farrell’s haunting novel imagines Hamnet as he was during his brief life: a sturdy, curious, fair-haired lad. And it explores the aftershocks of his death: the beloved boy swept from his family by the plague, leaving a void which his father fills with words, his mother with inconsolable grief.

Maggie O’Farrell’s award-winning novel is a haunting study of love, grief and the power of storytelling.

Ciara Dossett for the Daily Mail: This Booker Prize-winning debut tells the story of Shuggie Bain, a child growing up in a dysfunctional family in 1980s Glasgow.

The harshness of the environment leaves its mark on everyone who lives there: Shuggie’s mother, Agnes, once a sparky girl, is now a ruined alcoholic, crushed by her husband’s violence and infidelity.

Shuggie’s elder siblings, Catherine and Leek, escape the family home, leaving Shuggie to care for his mother in her harrowing, inexorable decline.

Poverty-stricken Glasgow is a bleak place, especially for Shuggie, bullied for his sensitivity and difference: ‘Wid you get a load o’ that. Liberace is moving in,’ screams a neighbour as the Bain family moves to an outlying pit village in a doomed attempt to make a new start.

Humane and beautifully written, Shuggie Bain is a tender elegy for damaged lives.

Wendy Holden for the Daily Mail: I’ve loved the Seven Sisters from the get-go and this latest in the series is just as great as the rest. The glamorous d’Apliese girls are in search of their lost sibling to complete the family set.

They think New Zealander Mary McDougal could be the one and swoop off in turn to investigate. Mary’s mother Merry, rattled by the visiting strangers, flees on a world tour. But what is she hiding?

As ever there’s a brilliant historical subplot, in this case 1920s Ireland, rocked by civil war. Young Nuala, from a Fenian family, feels forbidden sympathy for the hated British, but after the death of her young husband the seeds of loathing and violence are sown. What has all this to do with Merry though? The next and final volume will tell us.

Kazuo Ishiguro’s first novel since he won the Nobel Prize in 2017 returns to the sci-fi territory of 2005’s Never Let Me Go. 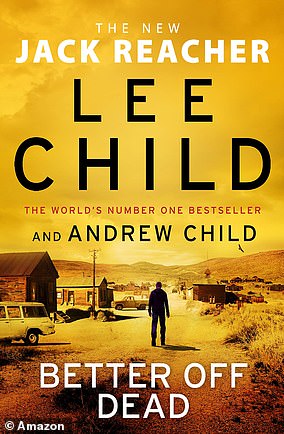 Better off Dead by Lee Child is eighth

It’s narrated by Klara, an unusually clever robot who has been bought as an artificial friend for Josie, an ailing teen girl whose sister died of the same (unspecified) illness some years ago.

Klara — a classic Ishiguro narrator, observing from the margins — has to learn quickly about human ways and emotions as she becomes more embedded within Josie’s family.

But she also has to learn about Josie herself when it becomes clear that Josie’s grief-stricken mother, fearful the girl might also die, is fashioning the sincere, conscientious, well-intentioned Klara into a possible replacement.

Wendy Holden for the Daily Mail: This astonishing book is about Mexican migrants trying to reach America. They might not be the people you imagine. Lydia is an Acapulco book-shop owner whose journalist husband is critical of the local druglords. They live a comfortable middle-class life until a family birthday party ends in a massacre.

Lydia’s husband has annoyed a powerful cartel. He’s dead, and now his wife and young son must flee for their lives. But the cartel are everywhere.

To reach safety in the U.S., Lydia and Luca must go underground, take the migrant route, forever look over their shoulders and trust no-one.

A nightmare ensues; desperate alliances and split-second decisions risking instant death. The two of them cling to the tops of freight trains and encounter rape, murder, theft and brutality of every possible sort.

And yet amid all the horror are moments of hope, friendship, kindness and love. An absolutely unforgettable read. 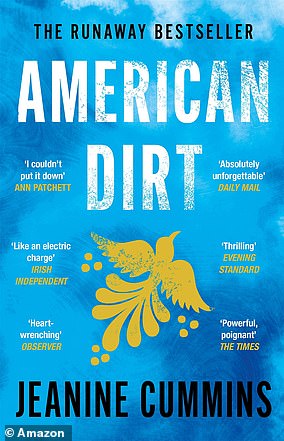 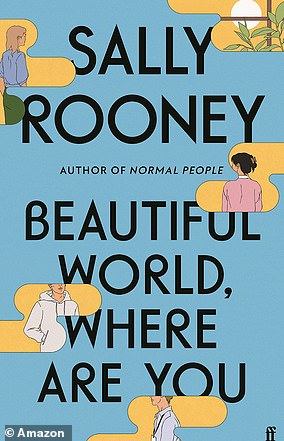 American Dirt by Jeanine Cummins and Beautiful World, Where Are You by Sally Rooney round off the list

Stephanie Cross for the Daily Mail: Rooney’s fans will be delighted to know she hasn’t changed the formula for this, her much-anticipated third outing. By the end of it, they might wish she had.

At the novel’s heart are two young female friends — one an author, the other an editorial assistant — who exchange long emails theorising about life, love and the contemporary novel while negotiating on/off affairs.

Alice, who’s dating warehouse worker Felix, is stuck in the unenviable position of trying to follow up a massively successful book. Sound familiar?

For Eileen, Alice’s Dublin-based best friend, the prickly issue is how to negotiate a not-always-platonic relationship with practising Catholic Simon, formerly a childhood friend.

The musings of Rooney’s hyper-intelligent Millennials — the conspicuous cleverness of which would bring lesser novels to a screeching halt — here, as ever, flow naturally. And Alice’s scathing take on literary celebrity, and her defence of her art, seem Rooney’s own.

But it’s unfortunate that one of the knotty problems this novel puzzles at —– the ethics of caring for fictional people — presupposes emotional involvement, as my heart was entirely unengaged.