Ex-girlfriend sparks a heated debate after putting her $23,000 Tiffany engagement ring up for sale on Facebook after a breakup

An Australian woman has listed her $23,600 Tiffany engagement ring for sale on Facebook marketplace after her relationship ended – sparking a lively discussion.

The seller listed the one-carat diamond ring for $18,500, more than $5,000 less than what it was bought for, in a post to buy-sell Facebook community High End.

Some were sceptical of the extravagant ring’s quality while other’s questioned the legality of whether the woman was allowed to sell the jewellery after ending an engagement. 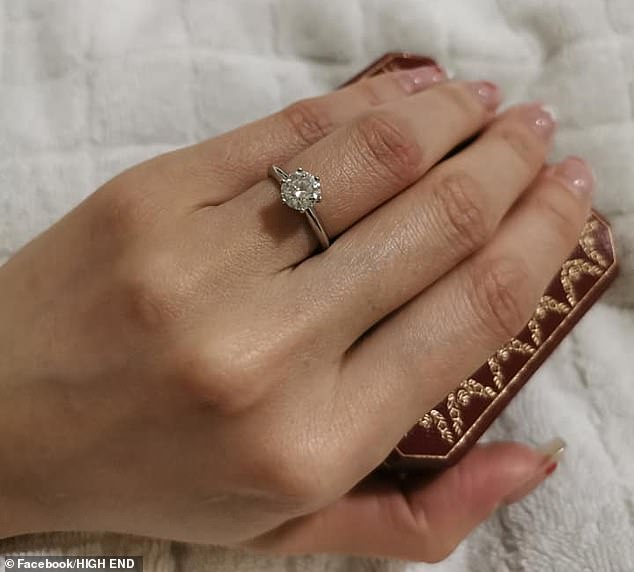 A Facebook marketplace listing from a woman selling her $23,000 Tiffany engagement ring has sparked a lively debate online

‘Selling this for obvious reasons. I do now I don’t,’ she wrote in the listing.

She added Tiffany has a lifetime guarantee on their jewellery so the buyer will be able to resize the ring at any time for no charge despite not being the original purchaser.

‘Sorry no receipt as I didn’t buy it obviously. Bank transfers only,’ she said.

While it is not known if the seller was engaged or married, many in the comments were quick to point out the legal complications of selling an engagement ring.

Some said if she was engaged and broke off the relationship herself, the ring must go back to her ex-fiancé if he bought it.

‘Legally you can’t sell this and have to give it back if you didn’t proceed with the marriage,’ one woman said. 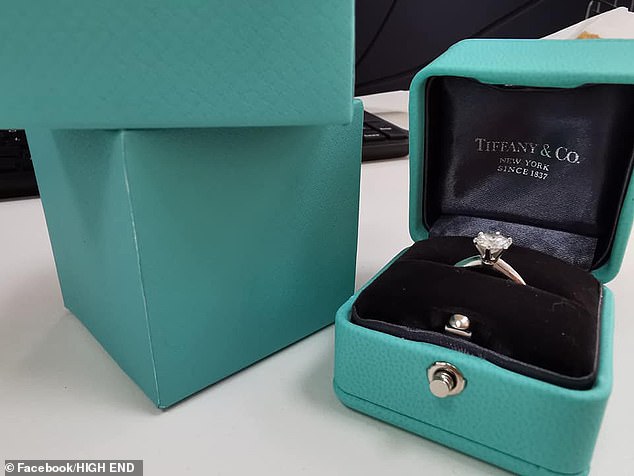 While it is not known if the seller was engaged or married, many in the comments were quick to point out the legal complications of selling an engagement ring

‘Not true! It’s considered a gift and it’s hers!’ another argued while a third wrote: ‘If the marriage doesn’t go ahead, the ring generally belongs to/goes back to the person who proposed.’

‘Good for you for keeping it. It’s absolutely beautiful,’ one woman wrote.

‘If she was married it’s legally hers,’ another pointed out.

Many stuck up for the seller and slammed commenters for assuming the circumstances surrounding her relationship break up.

‘OMG why do (people) feel the need to comment on this? You don’t know the circumstances. If you don’t want to buy it, why bother adding your two cents?’ one user ranted.

Who get the engagement ring when a relationship ends?

The law in respect to engagement rings needs to be considered in the following contexts:

This means that the engagement ring is classed as property and is added into the property pool available for distribution between the parties.

This means that the question of who is entitled to the engagement ring will depend upon a range of factors including:

Other commenters were suspicious of the diamond grading.

‘So no GIA certificate on the diamond just a Tiffany grading?’ one sceptic asked referring to the Gemological Institute of America, the world’s most renowned and reliable body that certifies the quality and characteristics of a diamond.

‘Careful of bank transfers. People can send fake receipts or reverse the payment. I would do direct deposits only!,’ a third warned.