AUSTRIAN blushes were spared as Michael Gregoritsch and Marko Arnautovic netted second half goals to see off plucky North Macedonia. 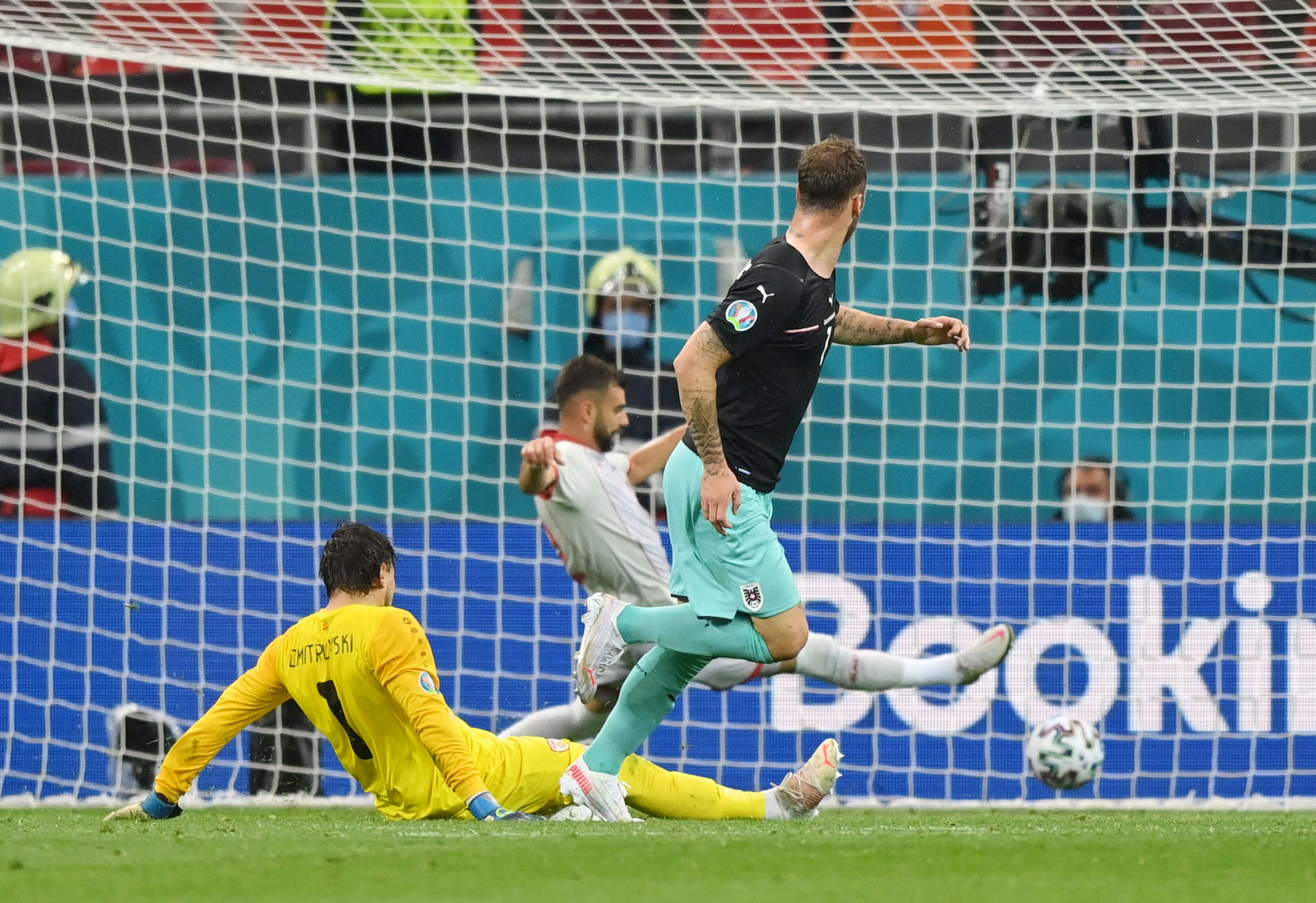 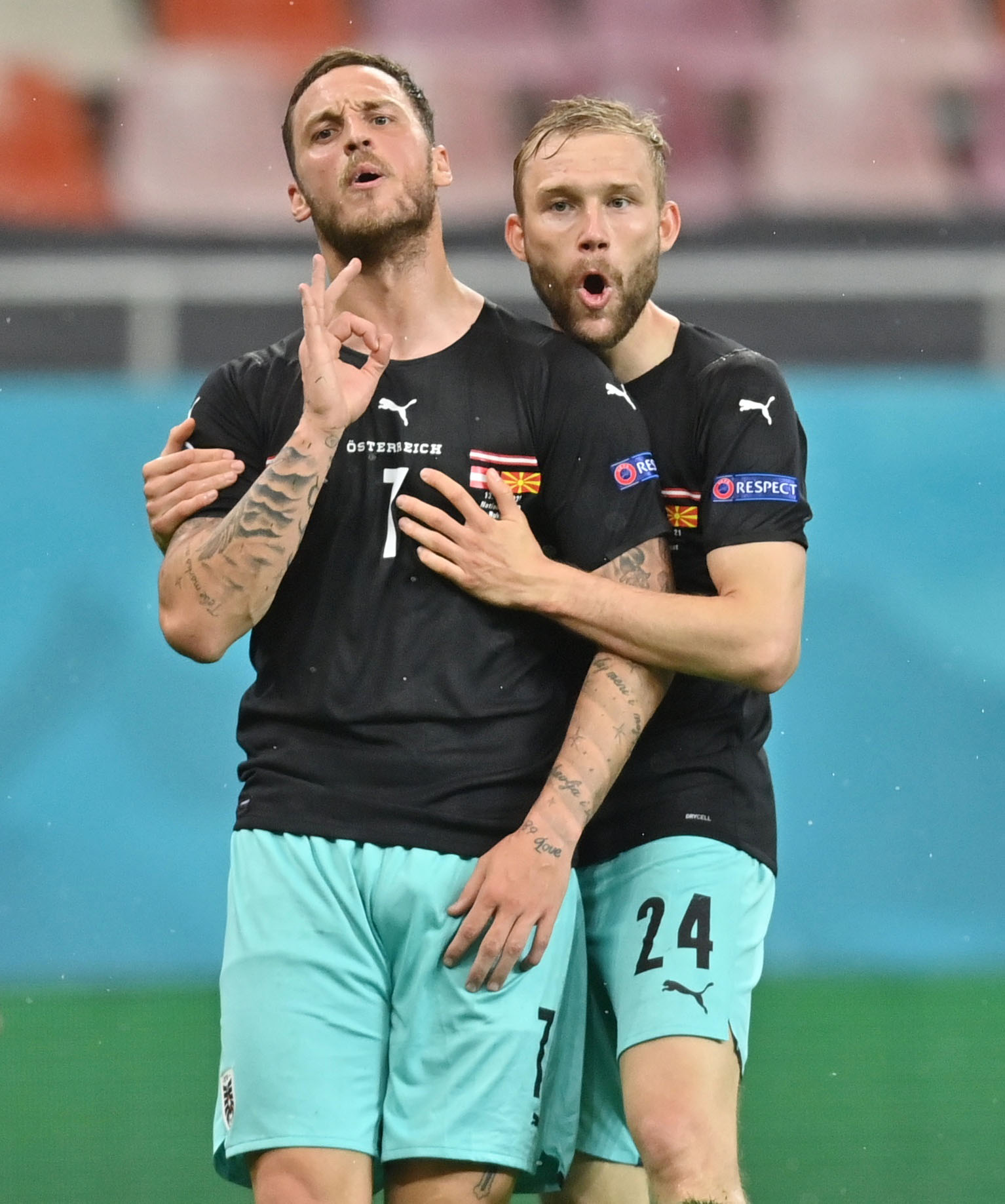 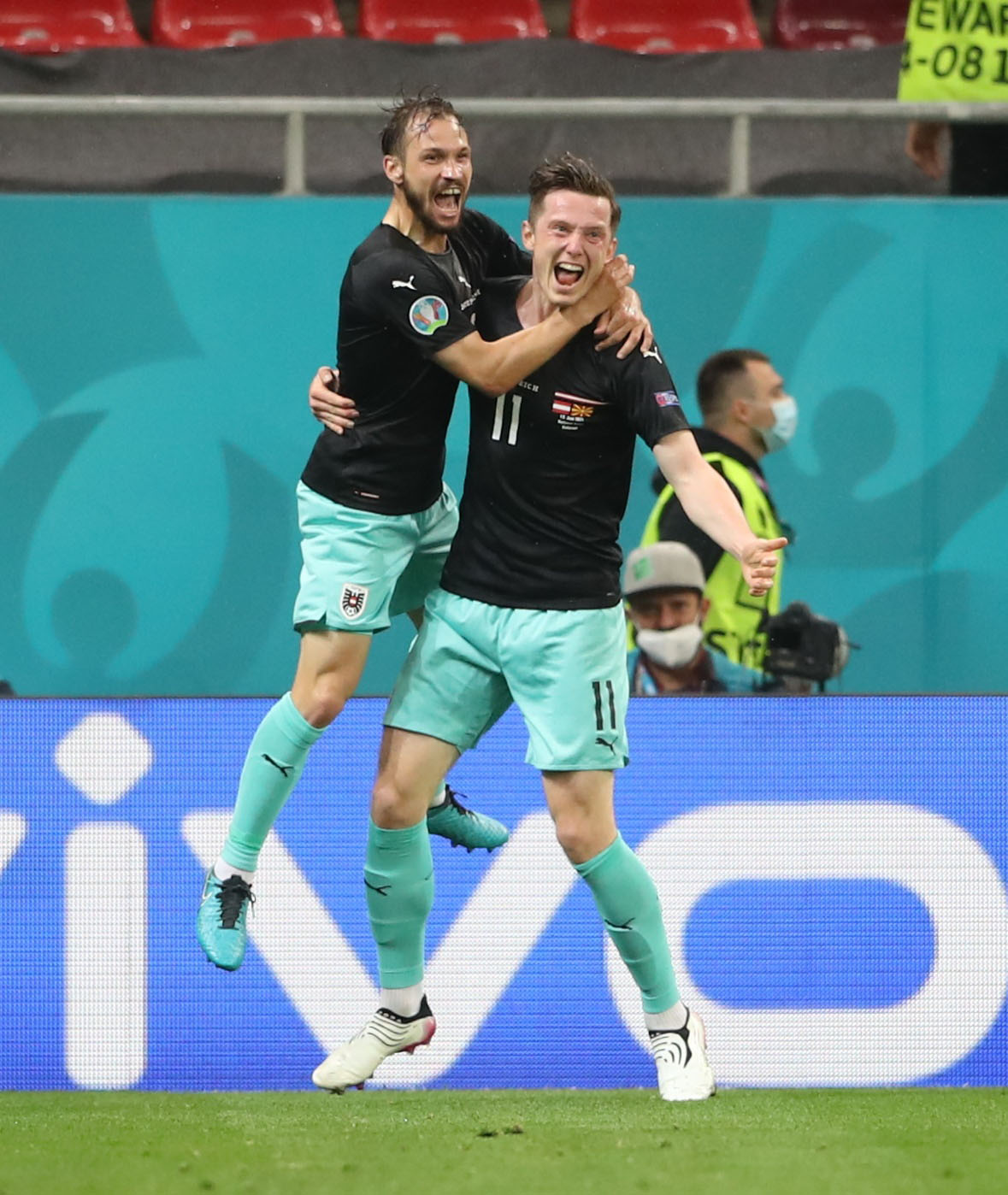 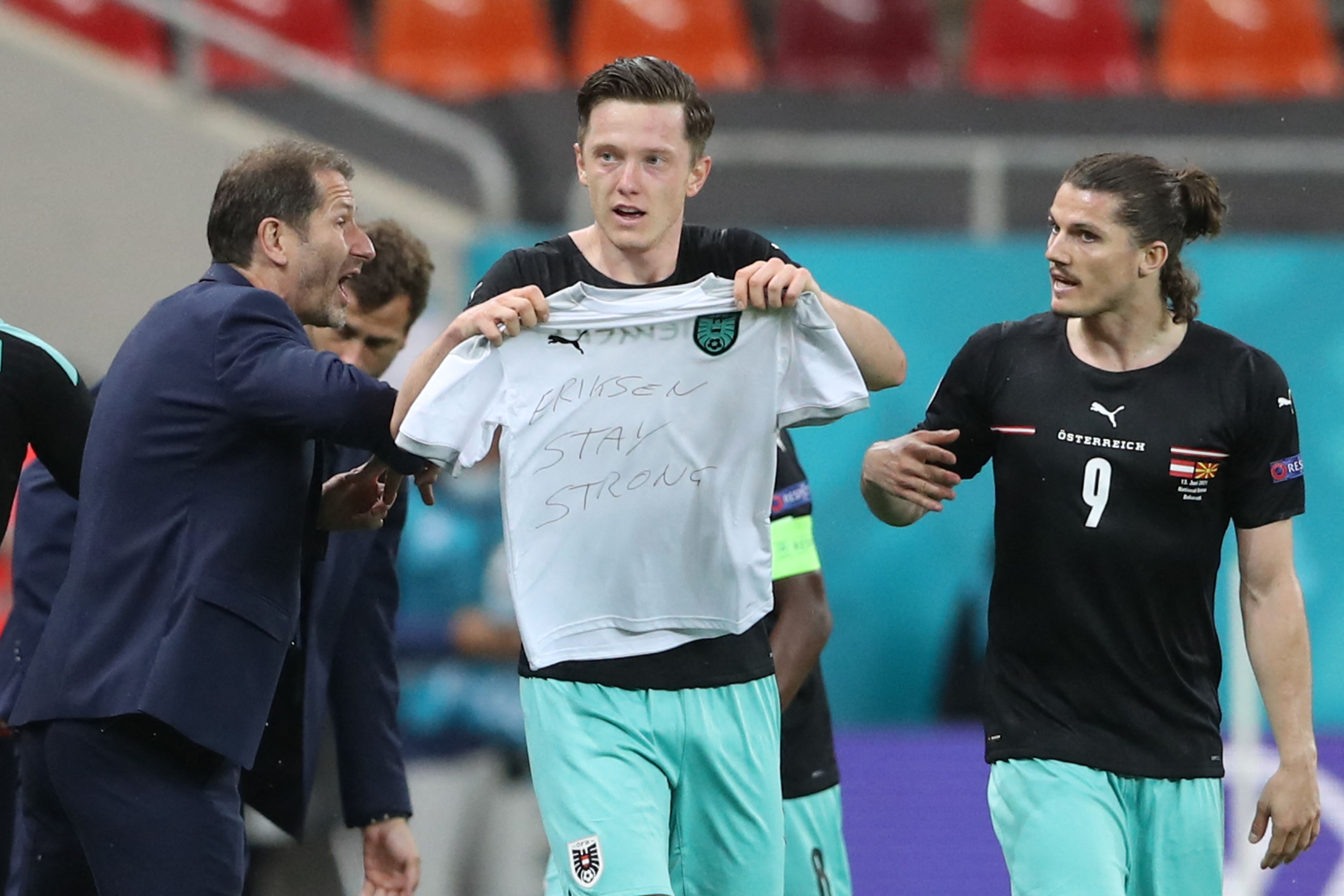 The former Spurs star suffered a cardiac arrest during his country's 1-0 defeat to Finland.

But veteran striker Goran Pandev capitalised on some horrific defending from Austria to bring the minnows level.

Austria tried to step things up in the second period, and a wonderful ball from Marcel Sabitzer was finished off by Gregoritsch.

He too held up a shirt in tribute to Eriksen.

But it was not plain sailing for the Austrians.

After reaching the Euros by beating Georgia in the playoffs following Nations League success, some would assume the North Macedonians were just happy to be here.

Beating them twice in qualifying, including a 4-1 thrashing, the pressure was on Austria to deliver. 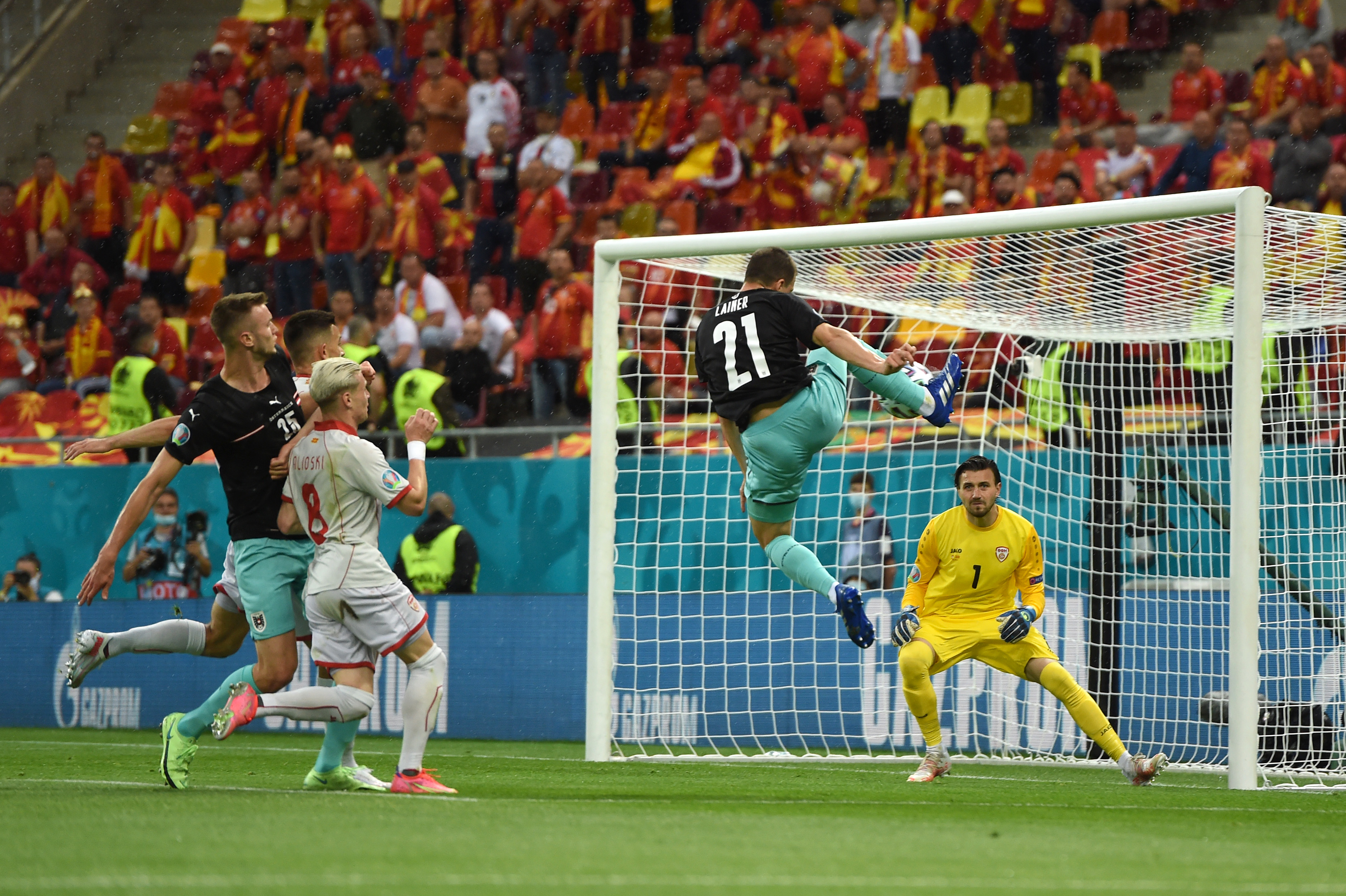 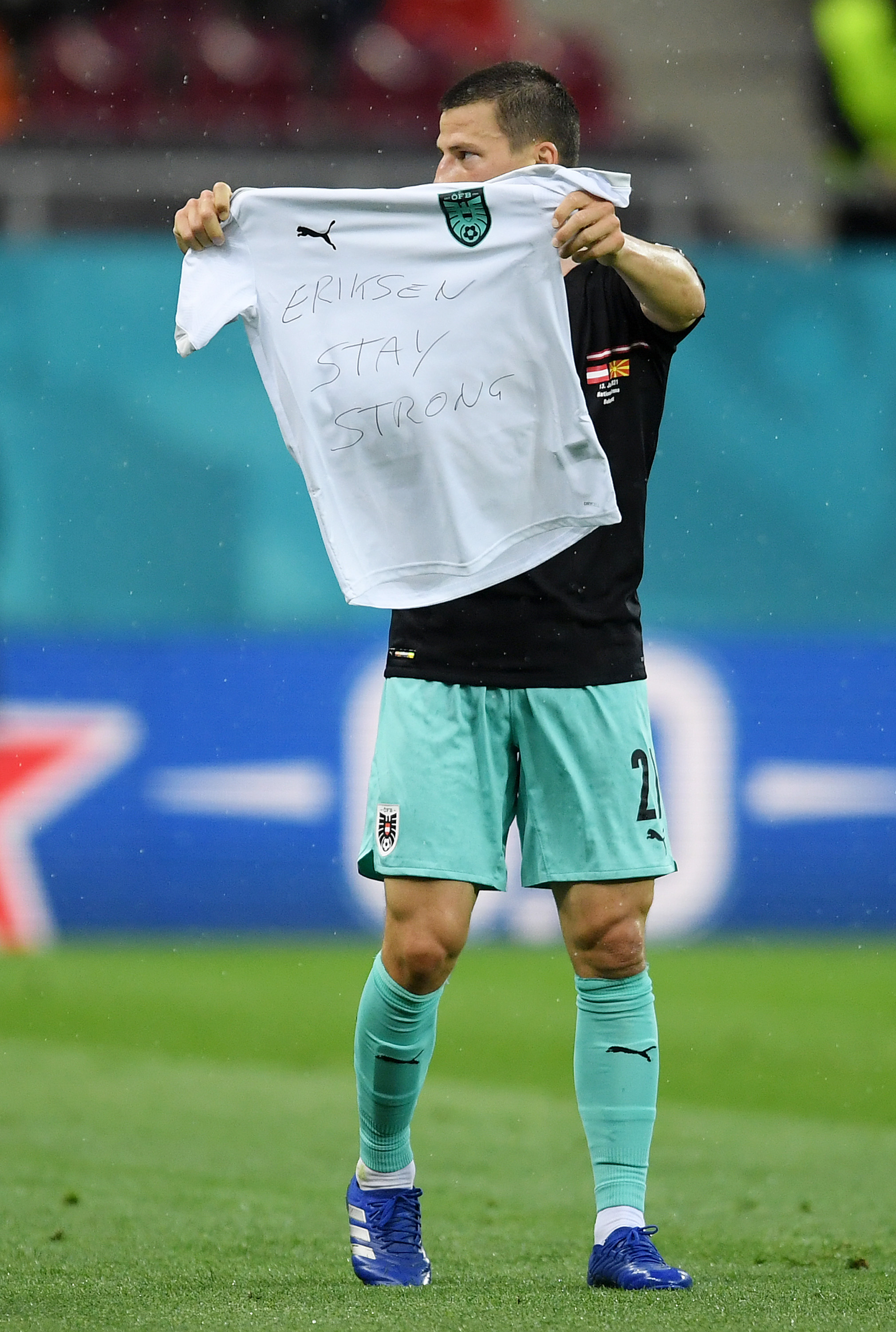 But Macedonian boss Igor Angelovski has built a well-organised outfit who have gone from 132nd to 62nd in the world rankings since he took charge in 2015.

His best bit of business though was convincing Pandev to come out of international retirement.

With the scalps of four-time World Cup winners Germany already under their belts from a 2-1 victory in March, they were always likely to cause an upset.

And boy did they roll up their sleeves and give it a go. 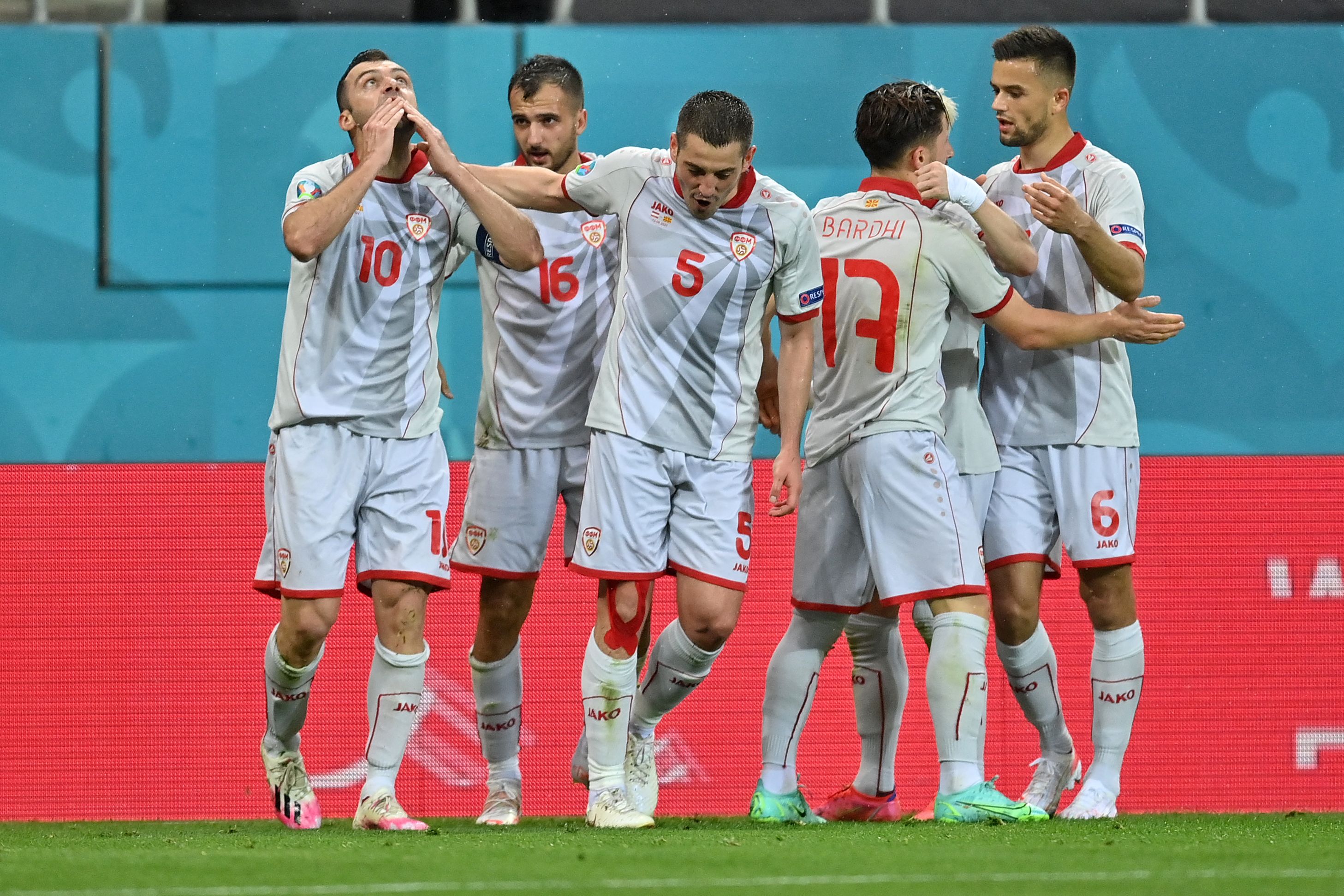 Being their first ever appearance at a major tournament since their independence from the former Yugoslavia in 1991, it was no surprise all 11 Macedonians on the pitch were full of energy.

They found themselves in the right areas but could not find the quality to whip up any real danger.

And Austria made them pay as Lainer sneaked in behind to volley home a perfectly flighted ball by RB Leipzig maverick Sabitzer.

He celebrated by holding up a shirt saying “Eriksen stay strong” as the footballing world continues to show their support for the Denmark midfielder.

Yet, his sublime finish would come undone when a defensive mix up gave veteran Pandev his moment to become the second oldest goalscorer at the Euros in the 28th minute. 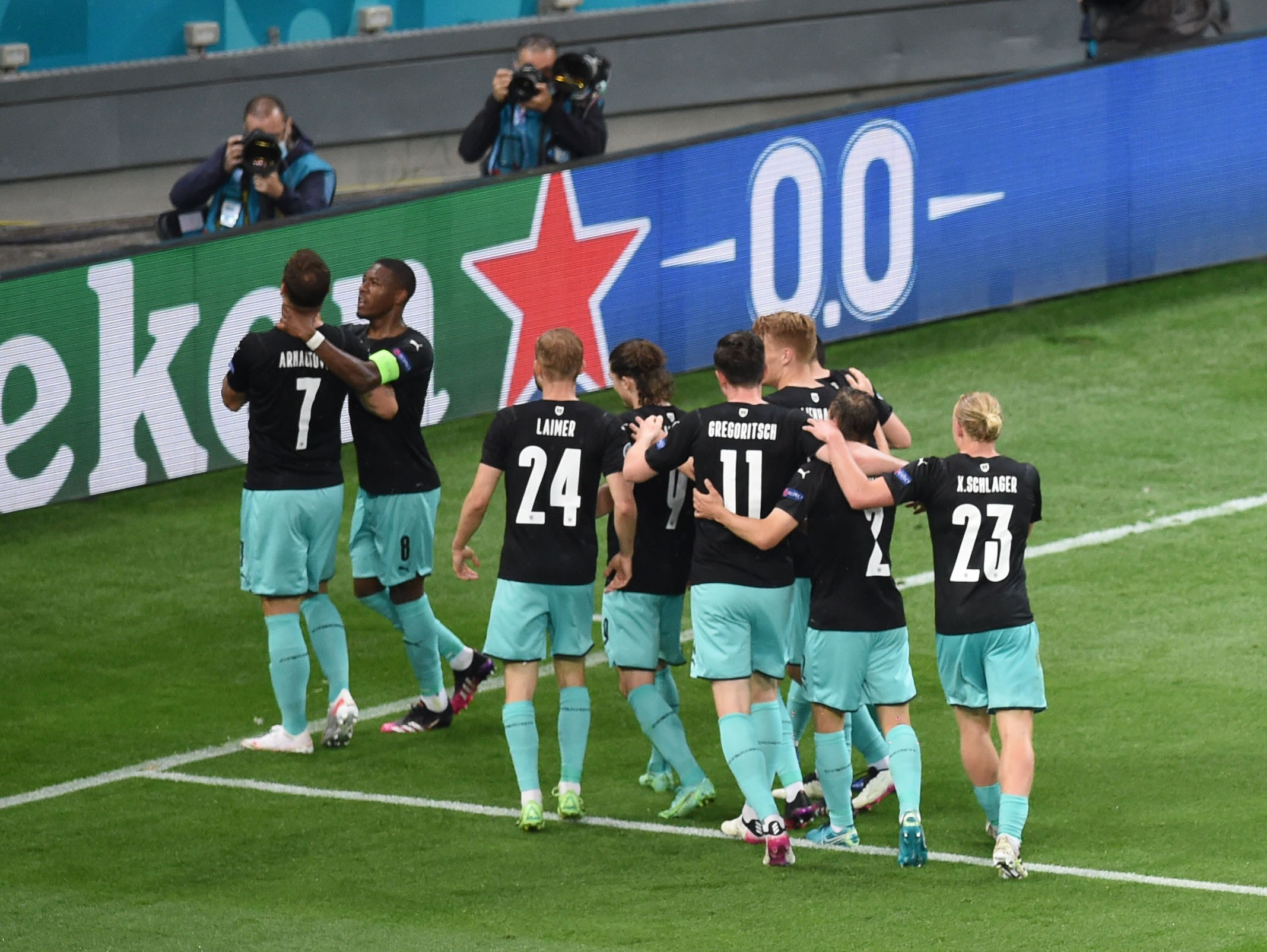 But the Watford stopper’s spill allowed the 37-year-old Pandev to roll in his 38th national goal on his 120th cap into an empty net.

It was all he needed after building a career of being at the right place at the right time as he once won the treble under Jose Mourinho at Inter Milan.

Sub Gregoritsch spoiled any hopes of Macedonia recreating the heroics seen by Iceland in 2016 by stabbing home Alba’s cross 12 minutes from time before Arnautovic added the extras late on.