Babysitter tells mum it's 'strange' she still breastfeeds her son, 4

A babysitter has revealed that she was branded ‘judgemental’ and ‘disgusting’ by a mother after telling her she found it ‘strange’ that she was still breastfeeding her four-year-old son.

The anonymous babysitter, from the UK, who revealed the frustrated mother had now cut ties with her due to the ‘rude’ remark, took to Mumsnet to ask whether  others thought her comment was unreasonable.

Many sided with the mother and expressed how they were outraged that the babysitter was so outspoken on something that was so natural. 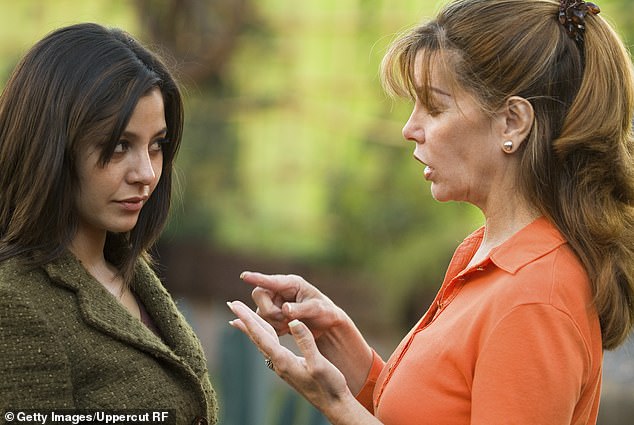 An anonymous babysitter, from the UK, revealed that she was branded ‘judgemental’ and ‘disgusting’ by a mother after telling her she found it ‘strange’ that she was still breastfeeding her four-year-old son

‘Well you are judgemental and shockingly rude,’ wrote one. ‘It’s well within natural term breastfeeding and it’s only modern western culture that has made it weird. What on Earth possessed you to say this to her?’

The woman explained: ‘I was asked to baby sit for a friend of my parent’s over the weekend and her son is 4 years old (and would have been a bit of extra cash which I could do with).

‘She let me know that she still breastfeeds him every morning, once at lunch and before bed, says it is comforting for him and for her and has no plans to stop any time soon and that she will do so at my house before she leaves.

‘He is turning five in a a few weeks time, when I told her my family and I thought it was a bit strange to still be breastfeeding at five when he is starting school but that I wouldn’t object to her doing so before leaving, she then decided to cancel the babysitting and told me I was no longer needed.

‘She has now decided she no longer wants to keep in touch with our family due to our ‘judgemental and disgusting ways’ and says I have deeply offended her.’ 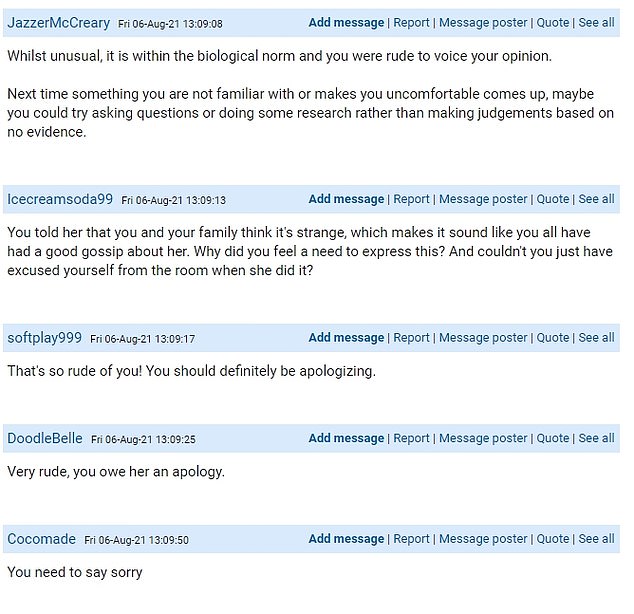 The babysitter went on to ask whether she should extend the olive branch and apologise – adding she feels a ‘bit guilty’ because she didn’t mean to cause offence.

Many responses to the post were that of incredulity at her judgement of the mother’s breastfeeding.

‘You told her that you and your family think it’s strange, which makes it sound like you all have had a good gossip about her,’ wrote one.’ Why did you feel a need to express this? And couldn’t you just have excused yourself from the room when she did it?’

A second added: ‘She didn’t want to breastfeed you, she wanted to feed her kid, a very biologically normal thing to do.’

Some responses advised that while the babysitter is entitled to her opinion, she should have kept it to herself (pictured)

However, others thought that although the personal remark was rude, the babysitter had a right to privately think the boy was too old to be breastfed.

‘I wouldn’t pass comment but inside I would be mortified at a four-year-old being breastfed four times a day,’ commented one,’ while a second penned: ‘I may agree with you, however I would not have said anything.

‘You have to accept that some people make choices you neither understand nor agree with but if it’s not hurting you or anyone else you keep your trap shut and respect their choices. I mean what was the point in saying something? What were you hoping to achieve?’

Meanwhile, a third continued: ‘I’d have thought it, but not said it out loud. She did act very defensively though – makes you wonder if others have said the same.’ 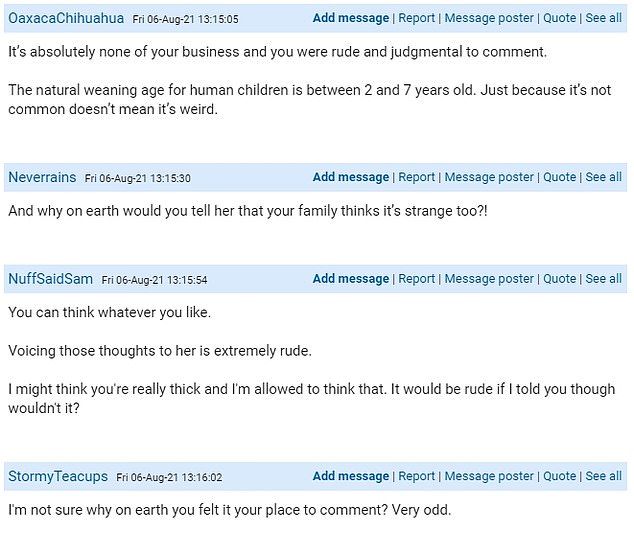