‘Bachelor: Listen to Your Heart’: Cheating, New Faces and a Love Pentagon

These people clearly do not understand the meaning of a duo. The Monday, April 20, episode of The Bachelor: Listen to Your Heart played more like band practice than the beginnings of the next Sonny and Cher.

Jamie was the first person to receive a date card, and she promptly asked Trevor to accompany her busking on the boardwalk in Venice Beach. During their date, Jamie opened up about being cheated on in her past relationships, while he claimed his last serious romance ended because he and his ex were not compatible.

Back at the mansion, a woman named Natascha arrived — she just so happened to be friends with Trevor’s ex, Sierra. Natascha alleged that Trevor cheated on and lied to his ex, and she wanted to warn Jamie, who was already feeling a strong connection with Trevor.

Natascha immediately confronted Trevor, and he admitted to emotionally — but not physically — cheating on his ex. He said he intended to tell Jamie the truth, but the women in the house had already filled her in and she broke down at the thought of being cheated on again. Jamie made it clear to Trevor that infidelity was a deal-breaker for her, but she agreed to trust him since the incident happened more than a year ago. 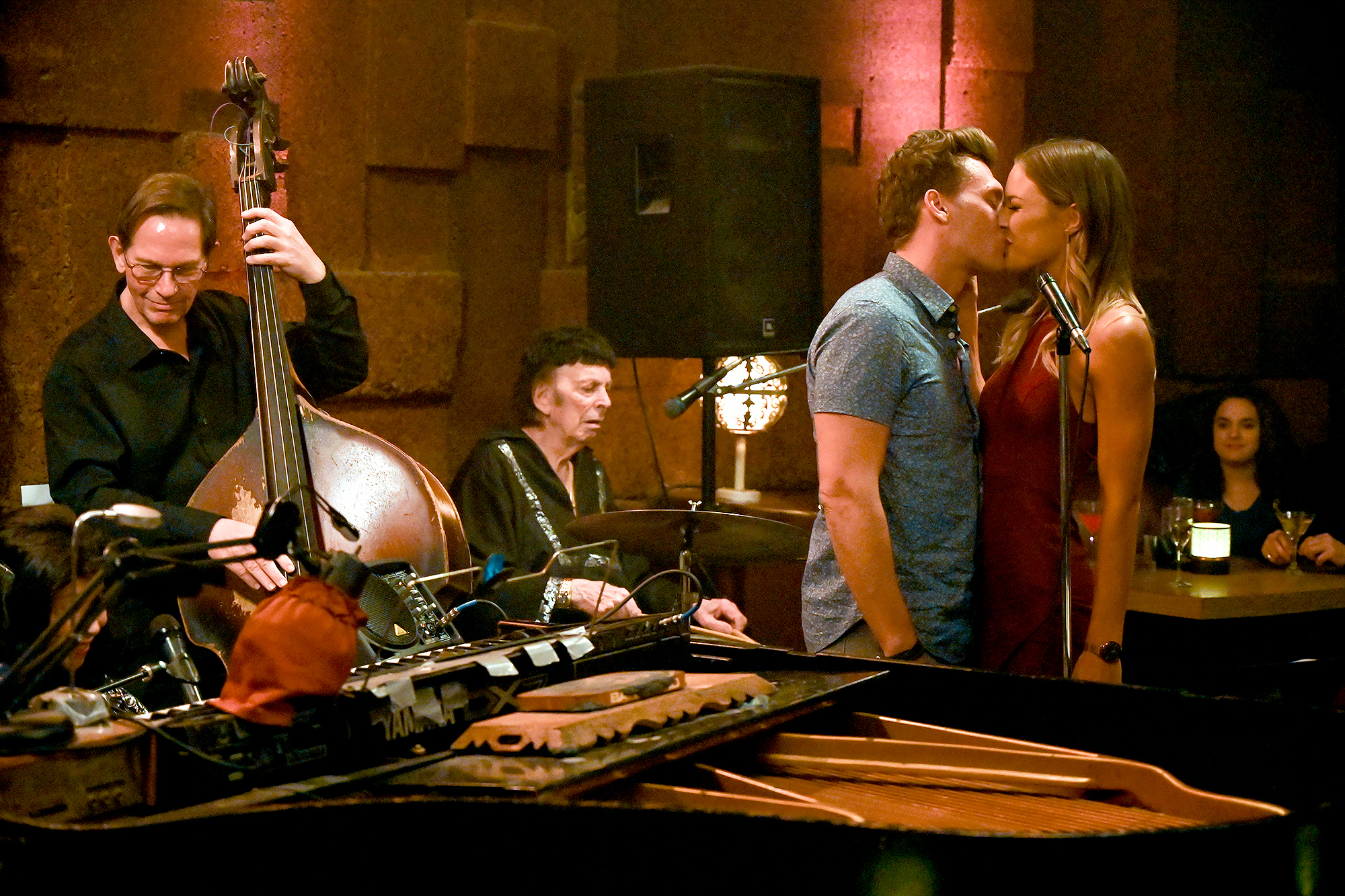 Meanwhile, Julia was torn between Sheridan and Brandon. She went on a date with Sheridan and they had a great time performing on a radio show, but she confessed that she still wanted to see where things went with Brandon. Sheridan was blindsided by her admission and worried that he moved too fast with her.

Though Julia was certain that Brandon would pick her, he also had Savannah and Mel interested in him. He took Savannah on a date to a jazz club and was leaning toward her for his rose, but Mel kissed him too, displaying that she, too, had feelings for him.

Rudi, for her part, considered starting something up with Ryan, but she found their makeout to be awkward. So, despite her week one reckoning of Matt, she went after him again, playfully slapping and kissing him ahead of the rose ceremony. In the end, her move paid off, as she received Matt’s rose.

In seemingly healthier relationship news, Chris and Bri went on their first date at a music store and told each other they were falling in love. Although they both had trust issues, they felt confident in their bond, especially after she shared how her engagement ended with her fiancé telling her not to buy a wedding dress.

At the rose ceremony, new faces Ruby, Mariana and Natascha — who connected with Ryan — were on the chopping block. Brandon made his choice, giving a rose to Savannah. But he later told Julia, who accepted Sheridan’s rose, that he still wanted to figure things out with her, leaving her more confused than ever. Ultimately, Mel, Cheyenne and Mariana were sent home.

The Bachelor: Listen to Your Heart airs on ABC Mondays at 8 p.m. ET.