QUIQUE SETIEN fears he could face the chop before Barca face off withNapoli in the Champions League next month.

The Nou Camp boss admitted his doubts after his side's shock 2-1 defeat at home to Osasuna while Real bagged their first LaLiga title since 2016/17 with a win against Villareal. 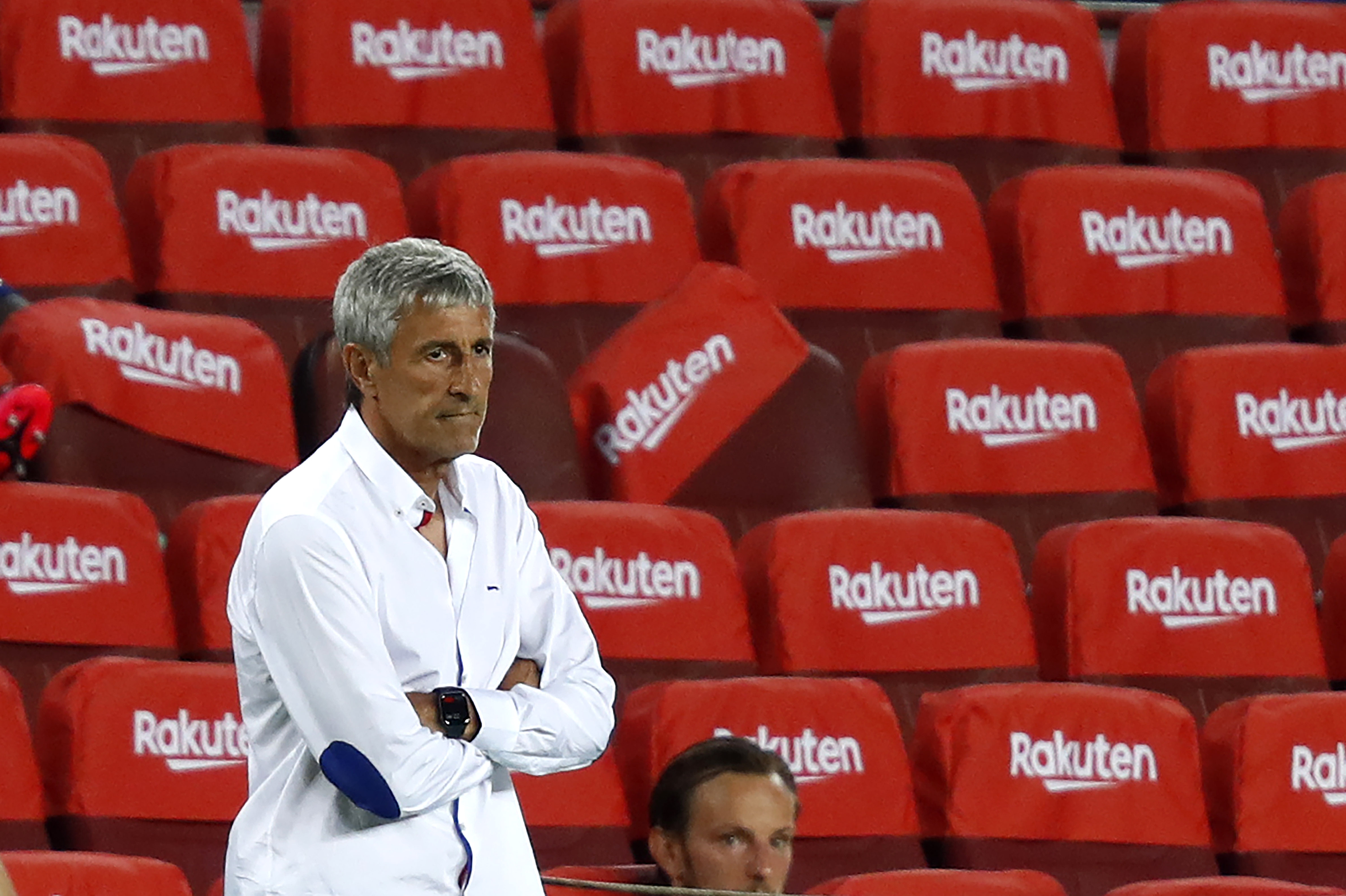 Barcelona captain Lionel Messi blasted his team-mates after they lost the title to their rivals.

The Argentine superstar dubbed them "weak" and "erratic" and cast doubt over their chances of reaching the Champions League quarter-finals.

Setien backed his skipper's comments and reckons Barca are in need of a major shake up before they host Napoli on August 8.

As reported by Spanish outlet Marca, he said: "I am responsible for our situation, as I am the manager of the team,

"I hope we will face the Champions League this summer as a different team, but I am not sure about what happens next for me.

"I agree with the post match comments from Lionel Messi about self-criticism, and we must look at ourselves in the coming weeks."

And in a scathing post-match interview, Messi, 33, said: "We didn't want to end the season like this but it represents how the season has gone.

"We were a very erratic, very weak, low-intensity team. We lost a lot of points and today's game is a summary of the season.

"We have to be self-critical. Starting with the players but doing a global self-criticism.

"We are Barca and we have to win everything.

"We can't look at Madrid. Madrid have done their job, but we have helped them a lot."

And Messi also cast doubt over Barca's ability to reach the last eight of the Champions League.

They drew 1-1 at Napoli in the first leg of their last-16 tie before lockdown and have to beat the Italians or draw 0-0 in the home leg on August 8 to progress.

Messi added: "If we want to win the Champions League, we have to change a lot. If we continue like this, we will lose the game against Napoli."

“We have to change lots of things."

Barca will face Chelsea or Bayern Munich in the next round if they beat Napoli.

Though it is likely to be the Germans who won 3-0 at Stamford Bridge in the first leg of their last-16 tie.

Setien only took the top job from Ernesto Valverde in January but reports have claimed that Nou Camp stars 'do not see the Spaniard capable of managing, training or running' Barca.

Barcelona aces are even said to have doubted Setien's ability since his first defeat, 2-0 at Valencia on January 25.

They went into the coronavirus lockdown two points clear of Madrid at the top of the table, with 11 games to go but their form dwindled after the restart.

Whereas Los Blancos won all 10 of their games after the coronavirus break.