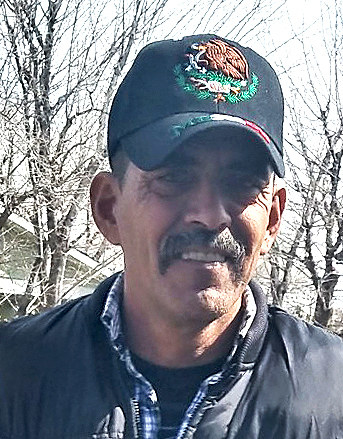 The Albuquerque Police Department this week released body camera footage showing an officer fatally shooting a man last month who had been armed with a shovel.

The footage showed the quick escalation of the March 30 encounter between Valente Acosta-Bustillos and two officers, and how the 52-year-old tried to flee, was tased, and then was fatally shot.

Acosta-Bustillos’s daughter had called police to perform a welfare check on her father after he hadn’t answered his phone for several days, reported the Albuquerque Journal.

“My client calls in to ask for a welfare check to make sure everything is OK,” attorney Mark Caruso told the Albuquerque Journal. “She calls APD to check on her father, and it ends up APD is the cause of his death.” (Caruso, who is preparing to sue the department and the officer involved, did not immediately respond to BuzzFeed News’ request for comment).

Acosta-Bustillos appeared to be doing work in his yard when officers first arrived. He had a shovel in hand and was wearing thick black gloves, according to the body camera footage.

But things changed suddenly when police ran Acosta-Bustillos’s name and discovered that he had an outstanding warrant for his arrest. Acosta-Bustillos had recently been charged with aggravated assault with a deadly weapon after he was accused of beating a neighbor with a hammer and threatening to kill him. Acosta-Bustillos then failed to show up for his court date.

When officers went to arrest Acosta-Bustillos, he fled into his home and tried to close the door behind him. Officers pushed their way into his home and ordered him to drop the shovel he still had in his hand.

When he didn’t do so immediately, Officer Joseph Bush tasered him. When that didn’t incapacitate him, Bush’s partner, Edgar Sandoval, shot Acosta-Bustillos three times. Acosta-Bustillos then ran into his bathroom and tried to use a chair as a barricade from the police.

Acosta-Bustillos lay bleeding on his bathroom floor, screaming for about five minutes, while officers stood by waiting for medics.

Eventually, after Acosta-Bustillos was searched for weapons, they only found his wallet. Someone then tried to apply pressure to his wounds. By the time Acosta-Bustillos was carried out of his bathroom on a sheet, he was silent. He was later pronounced dead at a local hospital.

The Albuquerque Police Department is currently operating under a court-ordered settlement with the Department of Justice. Under the Obama administration, the DOJ sued the police department, alleging a pattern of officers using excessive force.

During a call with reporters, Justice Department officials, and the independent monitor overseeing the the settlement agreement, a Justice Department lawyer asked police officials to explain the officers’ quick escalation, according to the Albuquerque Journal.

“It seemed like the individual who had the shovel when he approached the officer, he seemed to be lucid, he didn’t seem to be a threat, he didn’t seem violent,” said attorney Corey Sanders. “I’m trying to take it frame by frame and trying to understand how this thing escalated.”

Lieutenant Scott Norris said that and other questions surrounding the shooting would answered by ongoing administrative and criminal investigations.