A bridezilla has come under fire for shunning a close friend from her wedding because of her slim figure.

The anonymous woman, 27, who is believed to be from the US, revealed on Reddit’s I Am The A******? that she decided not to invite her ‘gorgeous’ friend or make her a bridesmaid for fear of being upstaged.

She added her friend would expect to be asked to be a bridesmaid because of their long history, but would ‘ruin’ the pictures because she’s so much slimmer than the rest of the wedding party.

Her friend doesn’t have connections with the bride’s fiancé or other members of the wedding party, but hopes of her not finding out about the big day were dashed when she started dating one of the other bridesmaids.

After the story resurfaced on the That’s It, I’m Wedding Shaming Facebook group, the ‘insecure’ bride-to-be was slammed for body-shaming her friend for being slim. 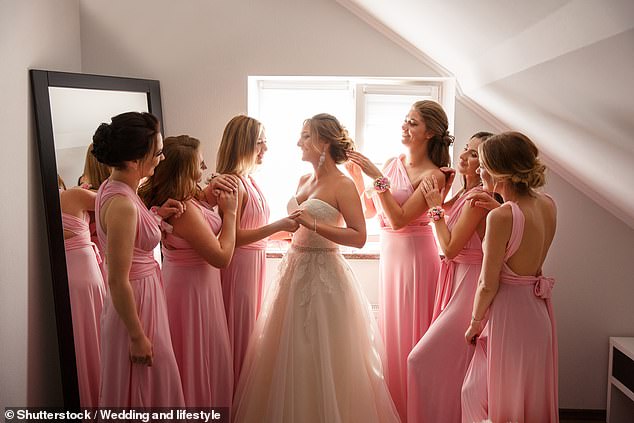 The bride explained in her post that she’s getting married in July during a themed ceremony she’s planned extensively.

She started her post by saying she’s always struggled with her weight, and that a lot of other close friends attending the wedding have too.

She said that while preparing the invitations for her wedding, she decided to shun her close childhood friend who would expect to be a bridesmaid and would be ‘offended’ if she was asked as just a guest.

‘The reason I didn’t invite her is because she is incredibly naturally skinny and in very good shape,’ she said, adding her friend is ‘also gorgeous,’ she explained. 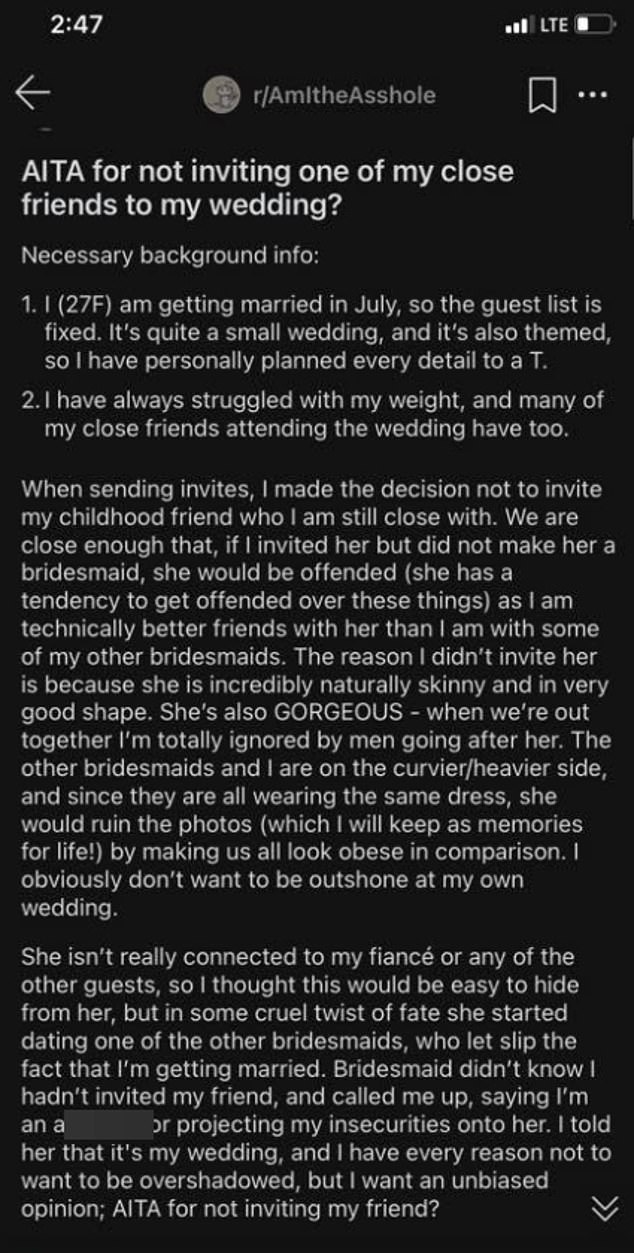 She went on to say her friend gets all the male attention whenever they go out together.

‘The other bridesmaids and I are on the curvier/heavier side, and since they are all wearing the same dress, she would ruin the photos (which I will keep as memories for life!) by making us all look obese in comparison,’ the bride explained.

She added that she believes it’s fair to not want to be upstaged on her big day, and said that she’d hoped to keep the nuptials secret from her friend- who’s now found out about it because she’s dating one of the other bridesmaids. 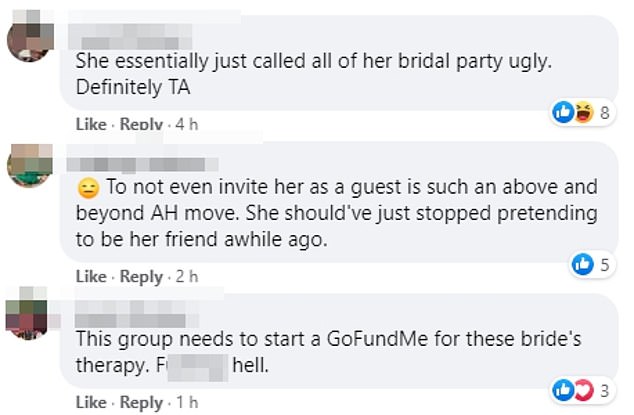 ‘Bridesmaid didn’t know I hadn’t invited my friend, and called me up, saying I’m an a****** for projecting my insecurities onto her.’

The bride said she felt she had a right not to invite her friend because she didn’t want to be ‘overshadowed.’

However, online, people felt differently and called the bride out for being insecure and selfish.

‘Bride should just stop calling that girl her “friend”. Stop with the charade,’ another wrote.

‘She essentially just called all of her bridal party ugly,’ one said.

‘To not even invite her as a guest is such an above and beyond AH move. She should’ve just stopped pretending to be her friend awhile ago,’ one said.

‘This group needs to start a GoFundMe for these bride’s therapy. F****** hell,’ another wrote.

‘Imagine finding out you were chosen to be a bridesmaid because the bride thinks she’s prettier than you and you’ll make her look good,’ another said.

‘I can’t even comprehend what went through this woman’s minds “I thought we could keep it a secret I was getting married!” What,’ one said.

‘I mean…. She’s the one getting married. She scored the husband. How much more mAlE aTtEnTiOn does she want? (that being her point when being out with said friend),’ one wrote.

‘The bride seems to think that if the friend is invited but not made a bridesmaid, she’ll be offended, so her solution is to just… not invite her, and not even tell her she’s getting married?! I would be fine with not being even a close friend’s bridesmaid, but not being invited to or even informed about a good friend’s wedding would be SO hurtful and I’d probably decide the friendship was over for both of us at that point,’ another said.