BOTTOM of the table Sheffield United were denied their first win of a dismal season by Danny Welbeck’s 87th minute equaliser. 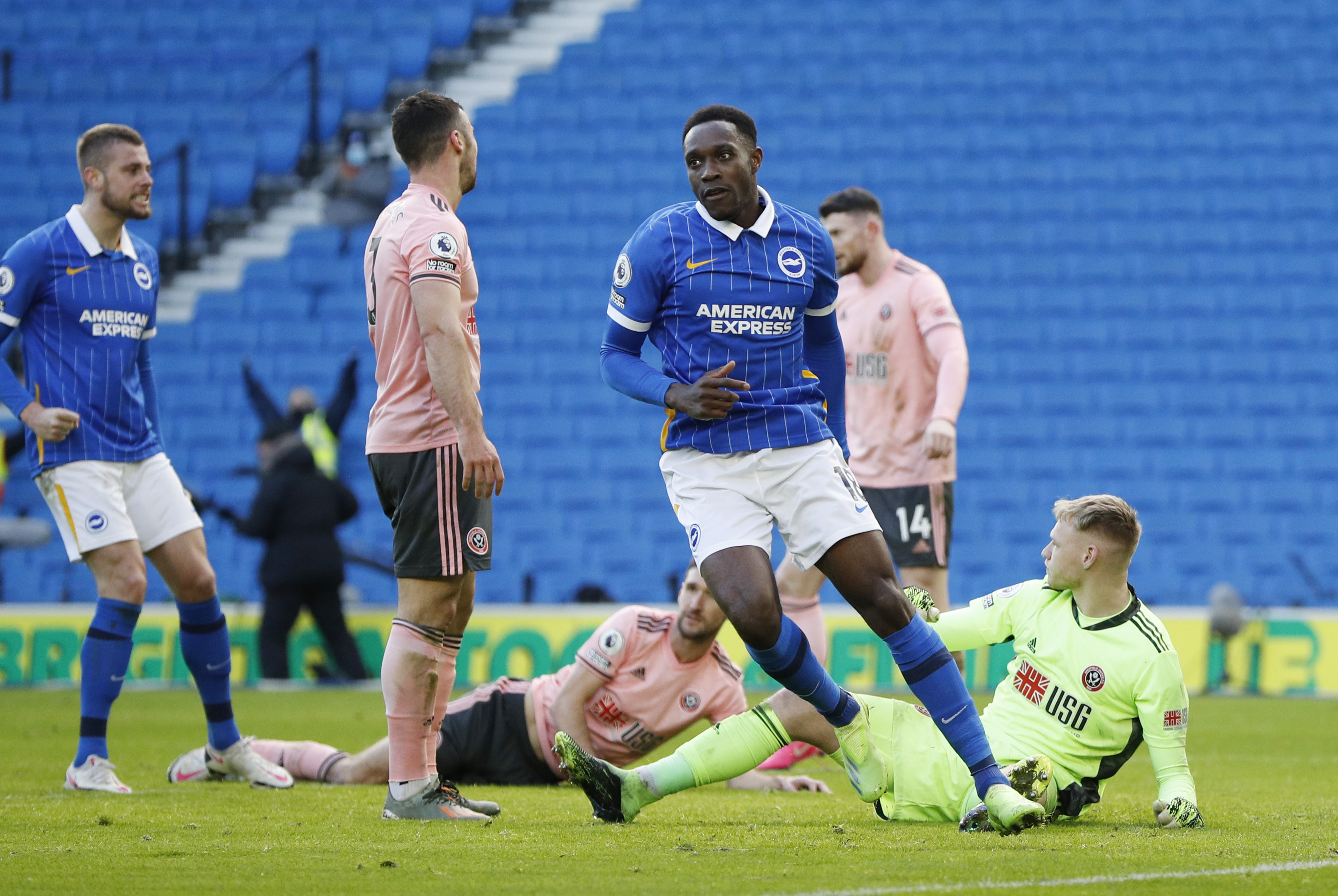 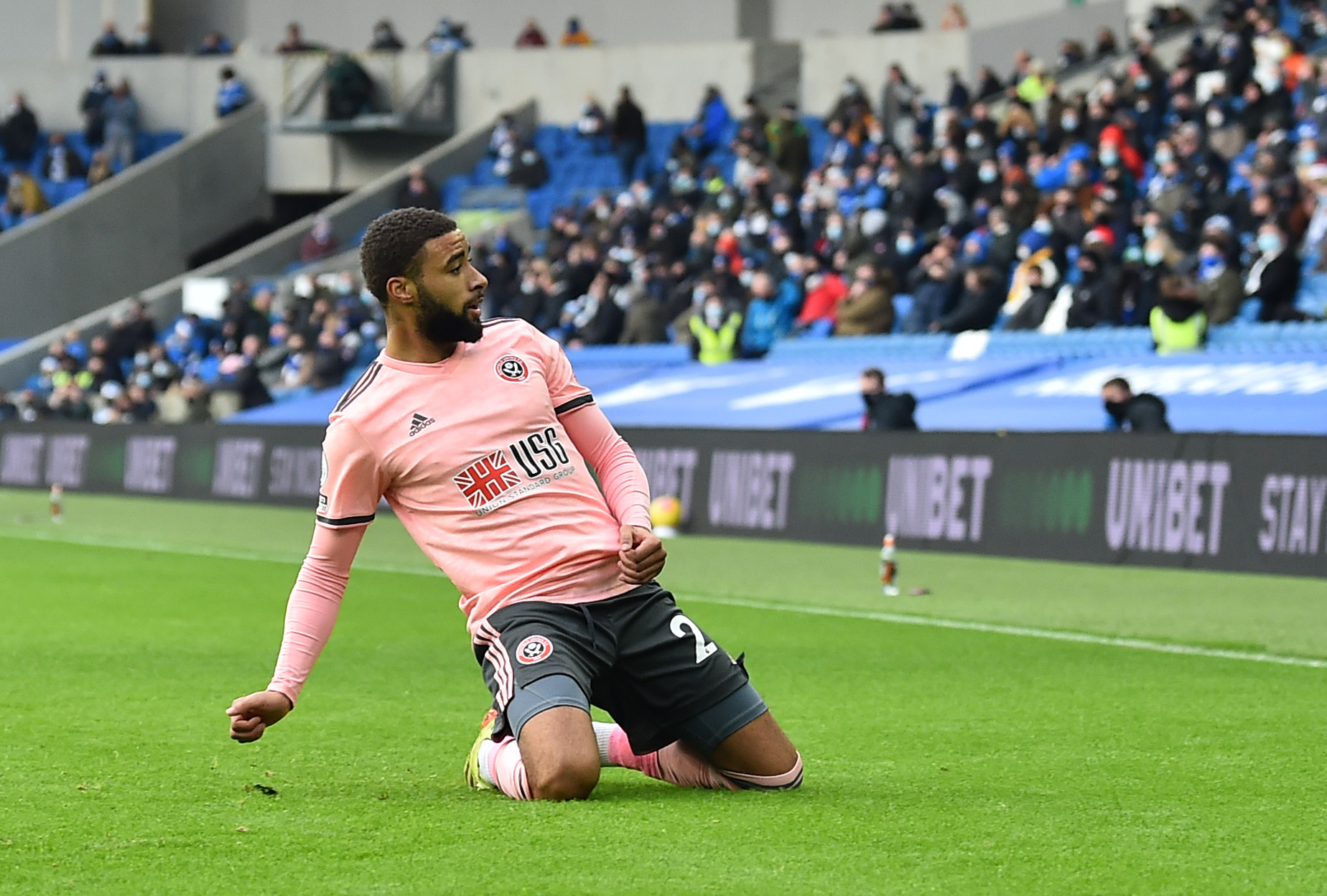 It was a bitter blow for Chris Wilder’s side who were forced to play the final 50 minutes with just ten men following John Lundstram’s straight red card.

They thought they were on course for their first win in 17 games when they took a 63rd minute lead through substitute Jayden Bogle.

He had only been on the pitch for ten minutes when he beat Brighton keeper Robert Sanchez with a first-time shot which flew in with the help of a massive deflection off Adam Webster.

The young defender was making his Premier League debut after signing for Chris Wilder’s team from Derby in an £11million joint deal with Max Lowe in the summer.

And his goal could not have come at a better time for his struggling team after Lundstram’s premature departure.

But he changed his mind after being advised by VAR Michael Oliver to take another look at the incident on the pitchside TV monitor. 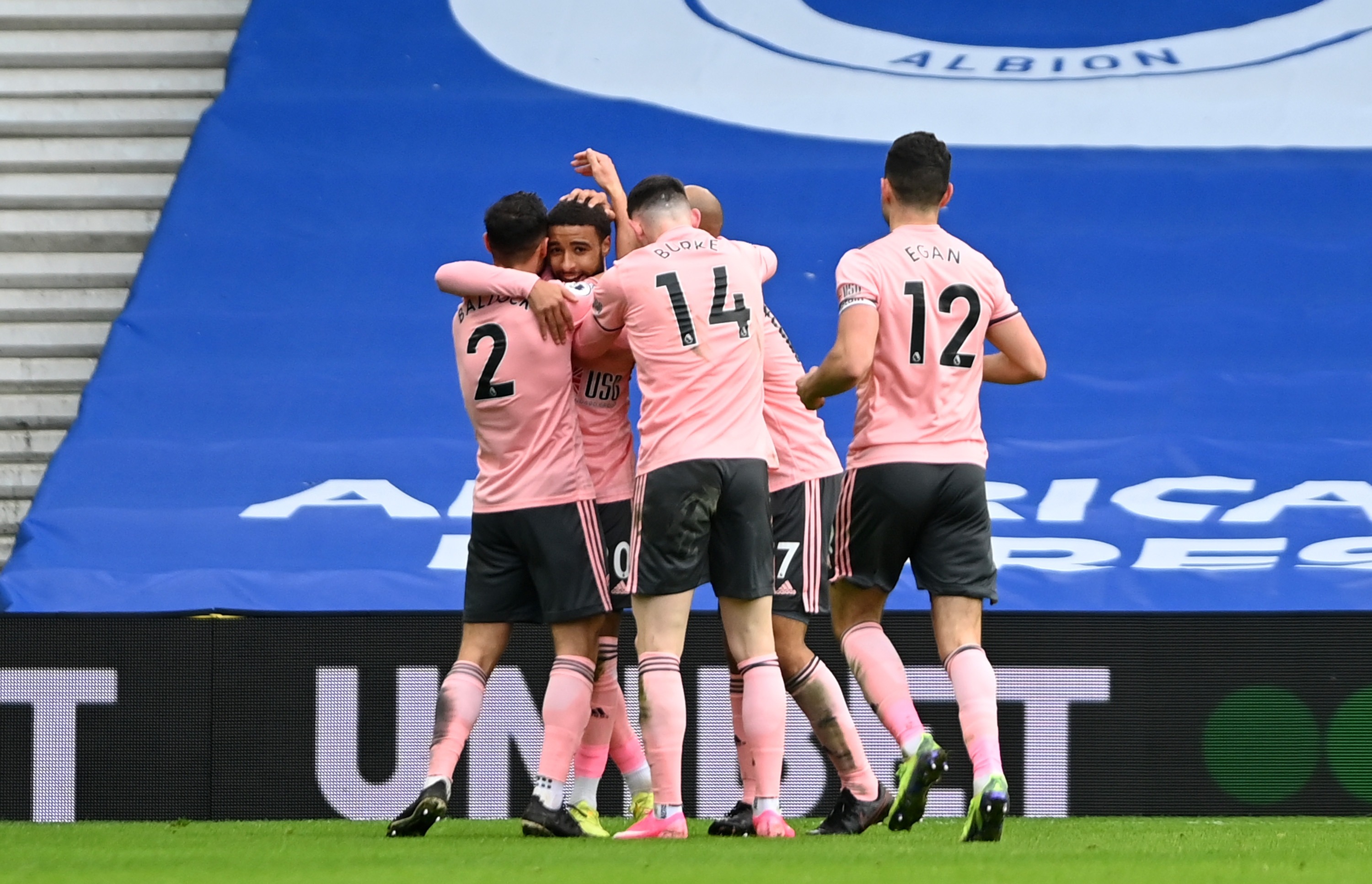 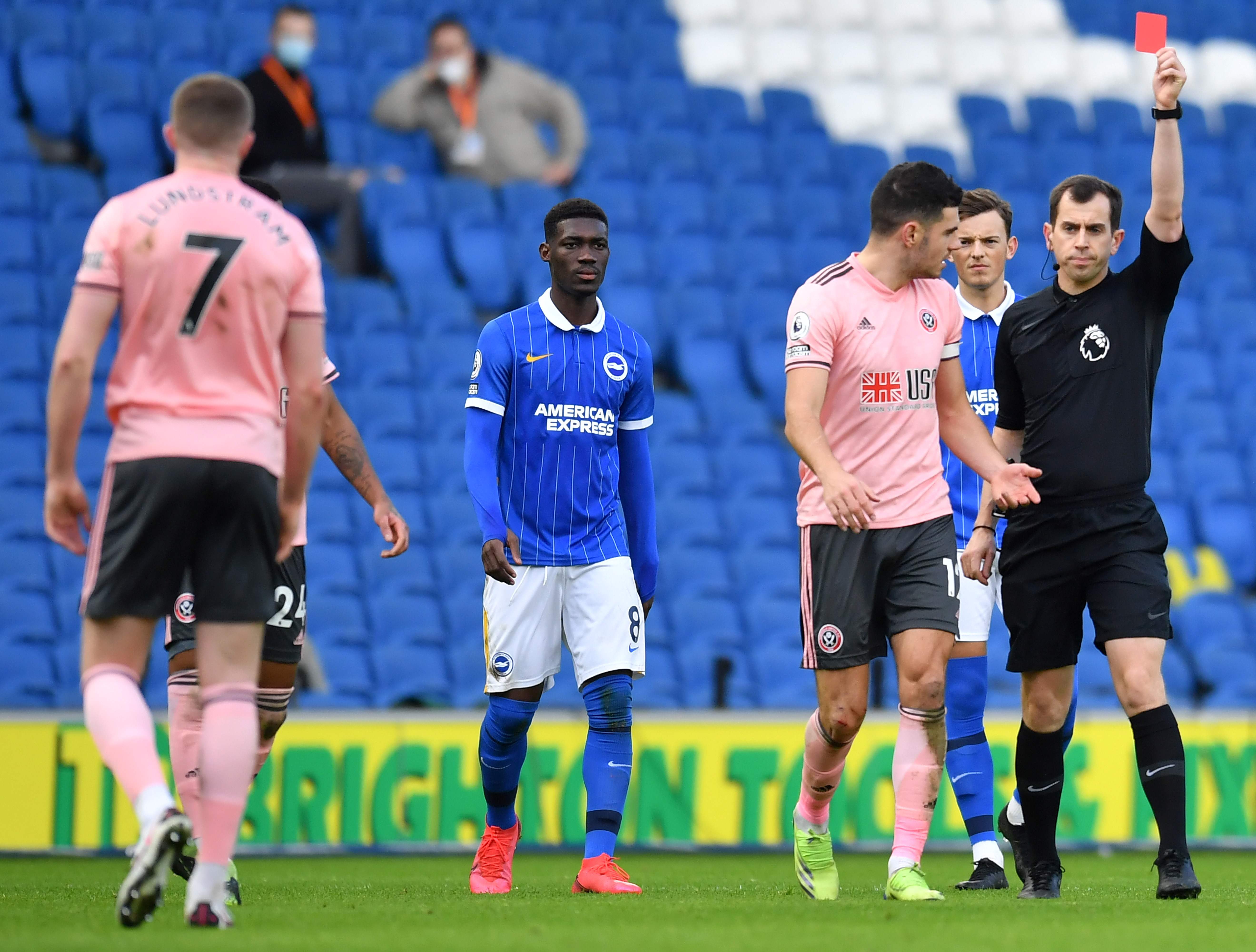 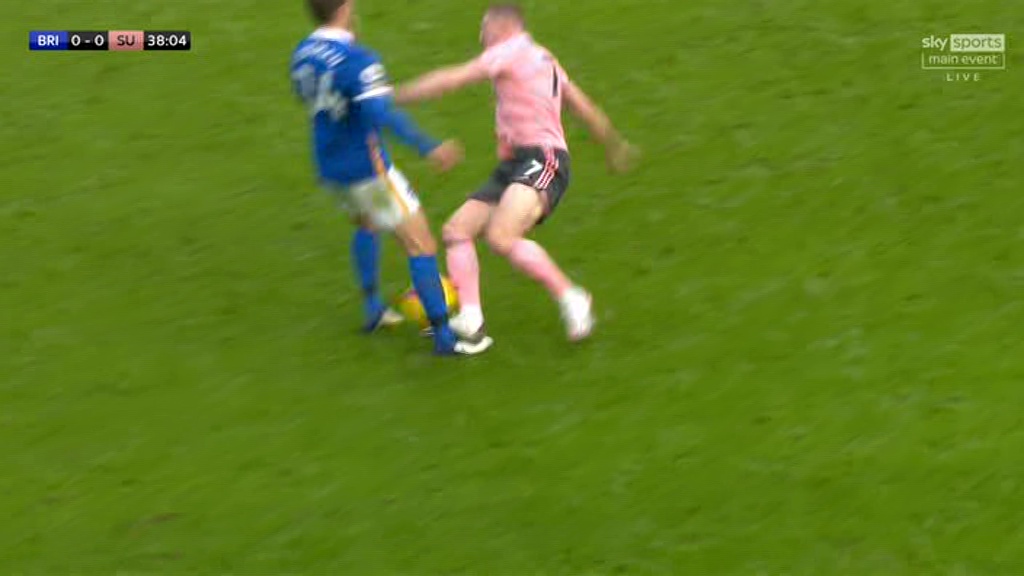 Yet even that setback could not knock the determined visitors out of their stride as they defied Graham Potter’s team with a real backs-to-the-wall effort.

Neaul Maupay had three goalbound shots blocked as Brighton looked to make the most of their numerical advantage.

But they could not find a way past United’s resolute five-man defence until sub Welbeck struck late in the day to rescue a point.