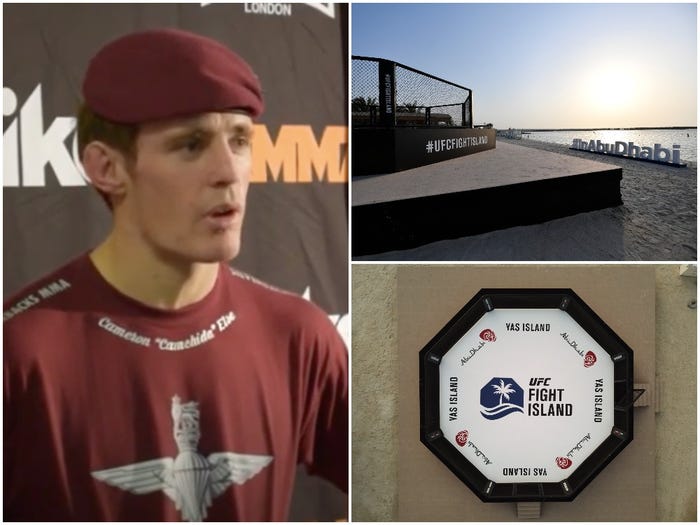 A British fighter called Cameron Else has signed with the UFC and will make his debut on Fight Island next month, a source with knowledge of the situation told Insider.

Else has a pro record of seven wins (four knockouts and three submissions) against four losses, has a notable win over Paddy Pimblett, and has competed with firms including Cage Warriors, Bellator MMA, and Brave CF during his eight year career.

The 29-year-old trains at the world famous Jackson Wink MMA academy in Albuquerque, New Mexico — a gym which has nurtured the skills of former UFC champions Jon Jones and Holly Holm.

Else has been handed a tough assignment as he fights in the UFC for the first time on October 3 against Kyler Phillips, who is nicknamed "Matrix" and is renowned for his striking prowess.

The Fight Island festival takes place in a quarantined bubble on Yas Island in Abu Dhabi and is already underway with the first of five events, UFC 253, taking place Saturday, September 26 inside the purpose-built Flash Forum.

Else competes on the second Fight Island event, a UFC Fight Night show next weekend headlined by his Jackson Wink gym-mate Holm, who is matched against Irene Aldana.

Though Britain's top UFC fighter Darren Till lost a bloody decision to Robert Whittaker in July's Fight Island finale, there were some huge performances from UK athletes earlier in the festival.

Davey Grant was the first fighter to win on Fight Island, doing so with a left hook knockout so horrific it left his opponent motionless on the canvas.

And the 6-foot-6 heavyweight Tom Aspinall took Fight Island by storm when he bulldozed through his opponent, winning by knockout in 45 seconds.