Britney Spears desperate for baby girl but forced to work instead, ex says

All Britney Spears wants is to be the mom of a little girl — a dream that’s been blocked because she’s imprisoned in a “corrupt and evil” conservatorship, a former boyfriend said after hearing her impassioned testimony on Wednesday.

The man, who did not want to be identified because he fears retribution from the Spears family, told The Post he was most angered when he heard Britney’s lawyer, Samuel D. Ingham III, tell the court that the singer had never asked to end the conservatorship.

“She asked him four or five times a week to end the conservatorship and fthey would always give her some sort of BS,” the former boyfriend said. “Ingham used the word ‘formally.’ What does that even mean when someone calls you four times a week [asking], ‘How do I end this?’ … I hope she sues the s–t out of them for this. I will testify if it comes to that.”

Britney, who turns 40 in December, has been under her father’s conservatorship since 2008. According to recently leaked court documents from 2016, Jamie Spears has controlled not only his daughter’s $60 million fortune but every aspect of her career and life — from terms of her Las Vegas residency to whether she could replace her kitchen cabinets. 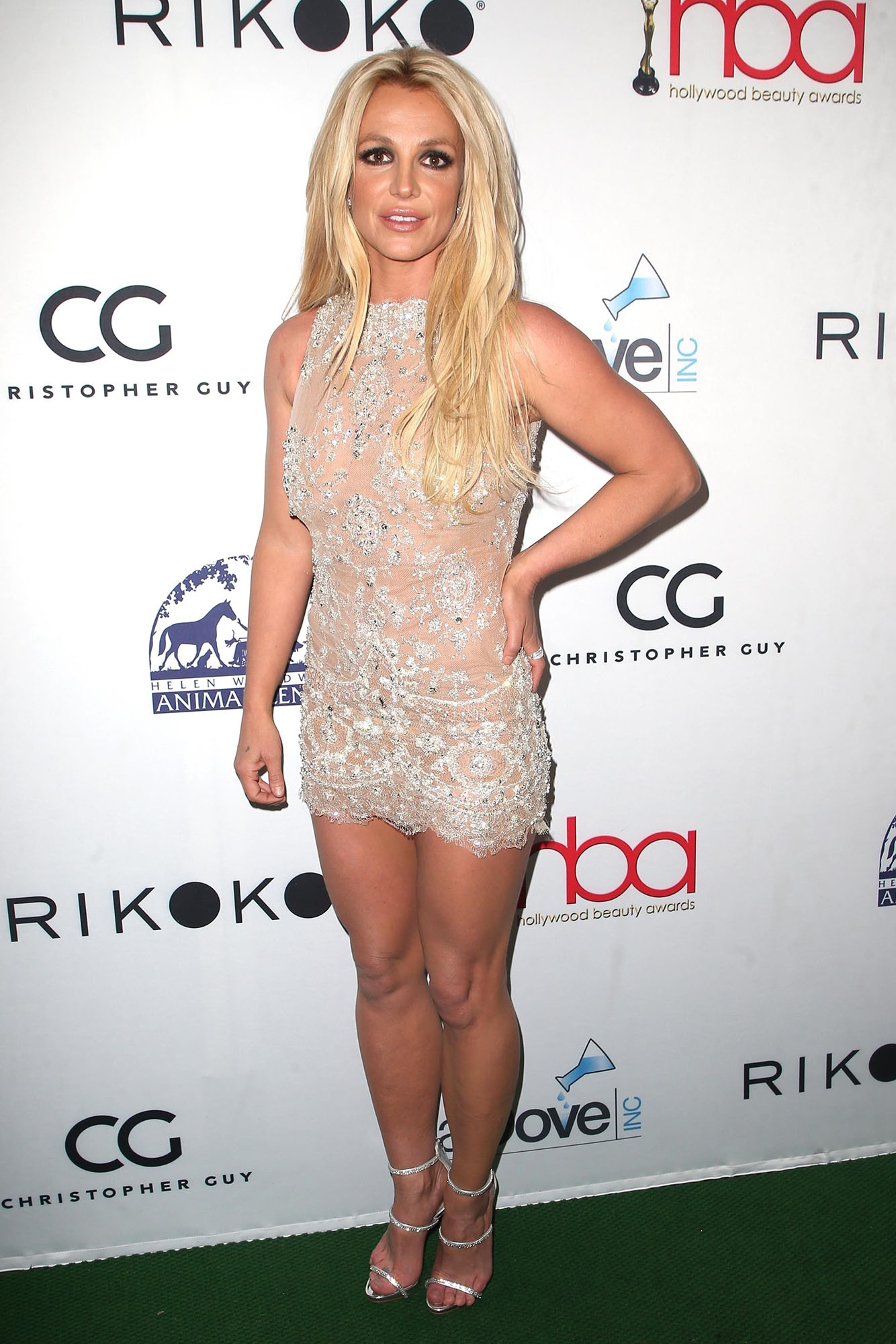 “He loved the control [he had] to hurt his own daughter, one hundred thousand percent,” Britney said about her dad during the virtual status hearing in Los Angeles Superior Court.

“From the get-go, she’s been stripped of her rights,” Steve Dennis, author of “Britney, Inside the Dream,” told The Post. “She’s had to ask permission to use the phone and for access to any kind of money. Even her body has not been hers to control. Basically she’s been turned into a 12-year-old girl — permanently — asking Daddy if she can have pocket money. These limitations, these shackles, have always been part of the conservatorship.”

Her former boyfriend, who was with her for about two years, described life with the star as being completely overshadowed by the conservatorship.

“What she wants more than anything is to have a baby girl,” he added. “That’s all she’s ever wanted, really. They kept her from that. They told her she had to do the Vegas show instead.”

The former boyfriend said he thinks conditions may have worsened since he was with her. He said that, back then, she was allowed her own phone and he could pick her up in his car. Britney told the court last week that she wanted “my boyfriend [Sam Asghari, who she has been seeing since 2016] to be able to drive me in his f–king car” and to be able to remove her IUD, which Britney revealed she was forced to wear under the conservatorship.

The former boyfriend said he did not know she had an IUD: “I just assumed they were giving her birth control pills every day since there was no way they’d let her get pregnant when there was the Vegas show to do.”

Their sex life, however, was not intruded upon.

“That was normal,” he said. “Britney was by herself in the house. That part was OK.”

What was not normal was the fear that Britney’s family — especially Jamie — and the conservatorship lawyers instilled in her.

“She was afraid to rebel or speak out because she was worried they’d totally take her kids away,” he said of the singer’s sons, 15-year-old Sean Preston and Jayden, 14, with ex-husband Kevin Federline. “The whole family was making money off her. Her father made at least $200,000 a year off her while she got only a $2,000-a-week allowance. He’s a f–king loser. The only thing he ever did was run a smoothie shop or something, and that went bankrupt. Without Britney’s money he wouldn’t have anything.” 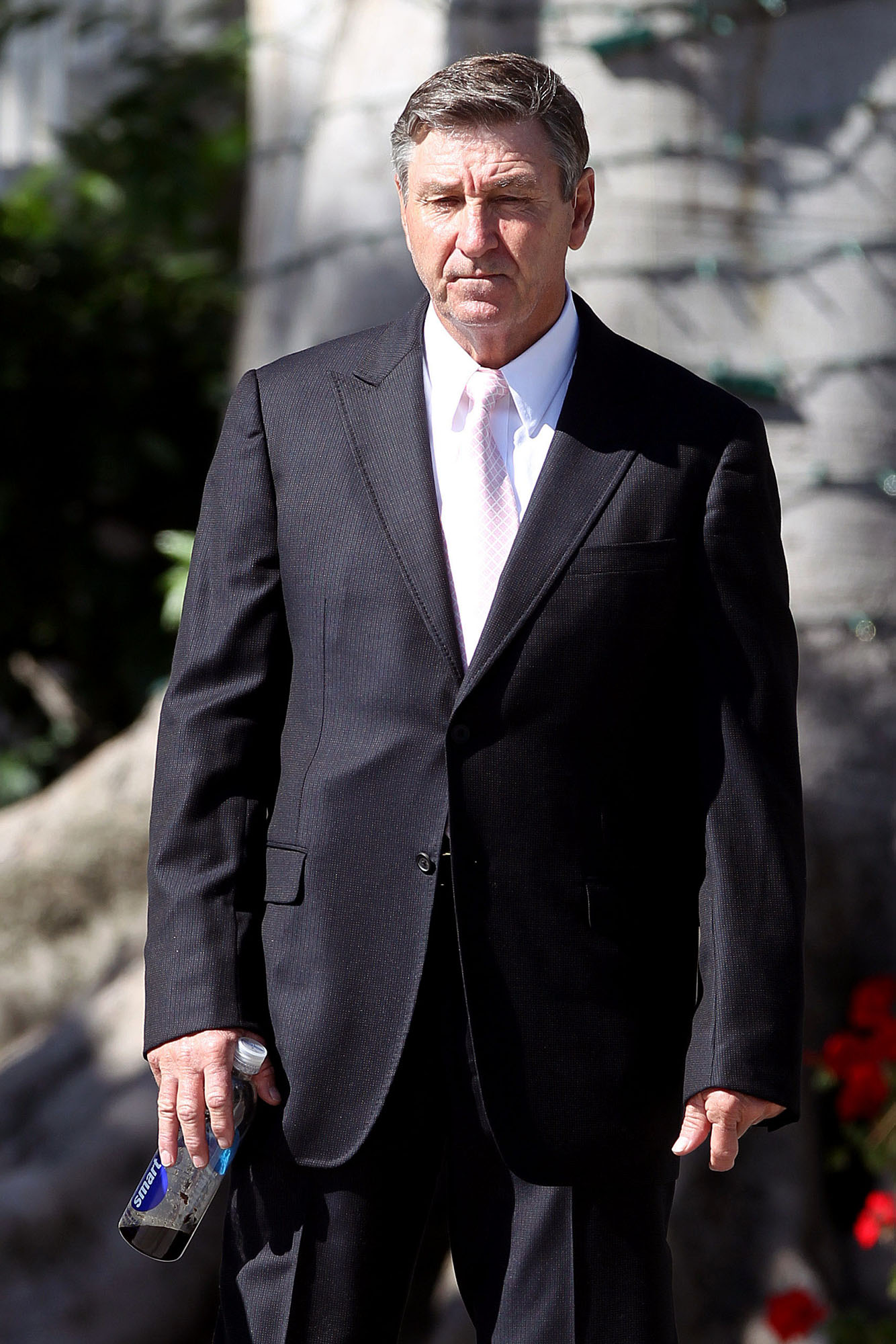 Jamie Spears did not return The Post’s calls for comment.

Britney’s assistants, the former boyfriend said, spied on them and “tattled” back to Jamie. He also said he himself was “penalized” if he did or suggested doing something involving Britney that the conservatorship didn’t like, but wouldn’t describe how he had been punished for fear it would identify him.

“They want her not to feel human and to emasculate her boyfriends,” he said. “It was all a big psychological mindf–k.”

When he was with her, the former boyfriend added, Britney did not control her own Instagram account. (In February, the singer’s social media manager, Cassie Petrey, wrote on her personal Instagram account that “Britney creates her own posts and writes her own captions for Instagram. She finds the Google images, Pinterest images, quotes, memes, and everything else herself. Nobody is suggesting any of that stuff to her.”)

Both he and another of Britney’s exes, who spoke to The Post last year, said the singer did not appear to be mentally ill or erratic when they were with her. 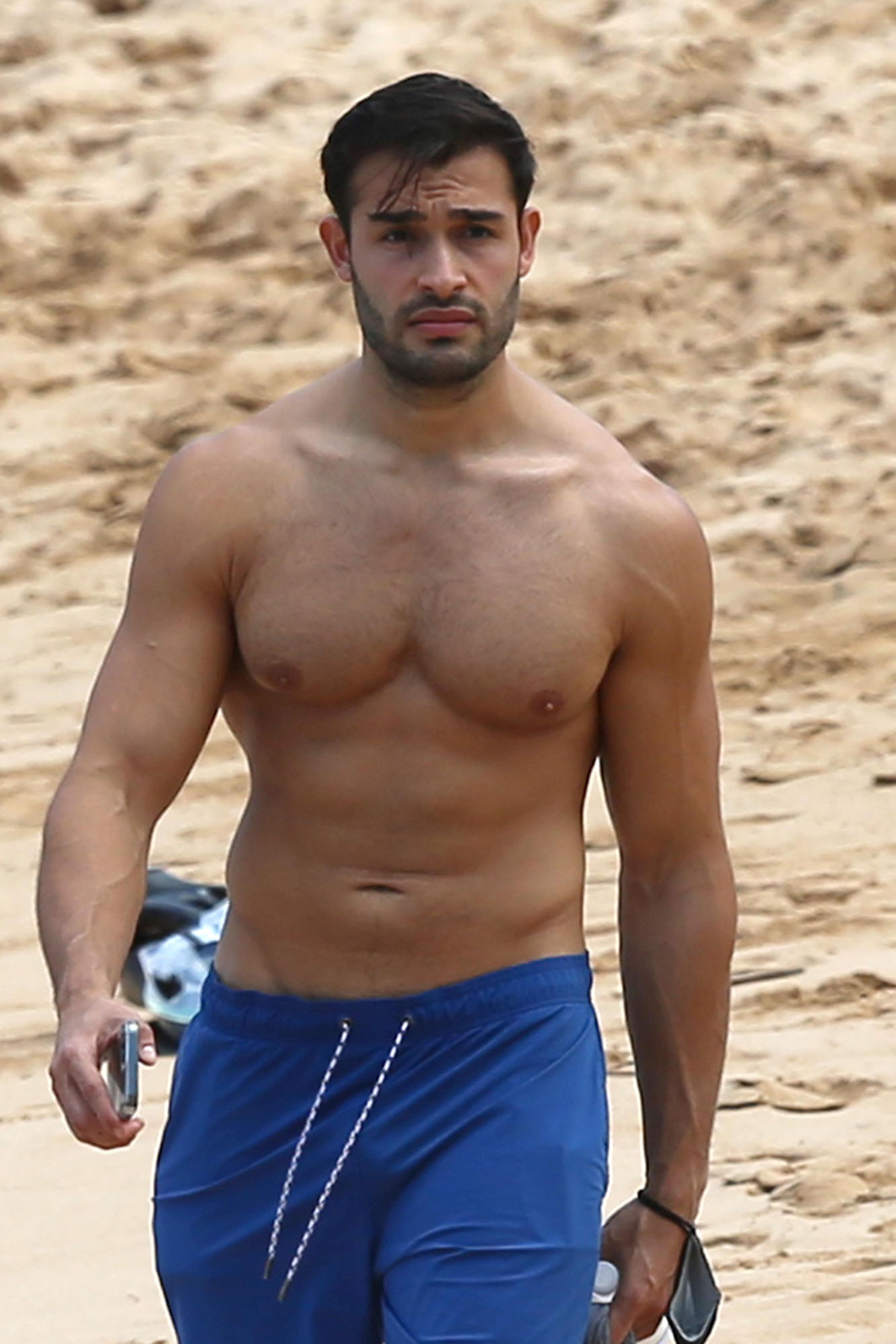 The former boyfriend said it was absolutely “correct” to intervene in 2007 when, he said, Britney was running with “bad people,” using drugs and out of control.

At the time, Britney was at the center of a constant paparazzi swarm. She was photographed shaving her head — a move cited in the media as evidence she’d gone off the deep end — and attacking a photographer’s car with an umbrella. In October 2007, she lost custody of her sons, cut herself off from her family and fired her manager. Not long after that she was taken by ambulance to the hospital in the middle of a breakdown.

Britney was in the hospital for a psychiatric evaluation when a judge appointed Jamie, a building contractor, as a temporary conservator of her estate, alongside attorneys Wallet and Ingham.

The conservatorship was, at first, set to last through the weekend.

The star’s parents quickly started clearing her life of any bad influences — obtaining a restraining order against Britney’s friend and sometime-manager Sam Lutfi and having the locks changed at her house. 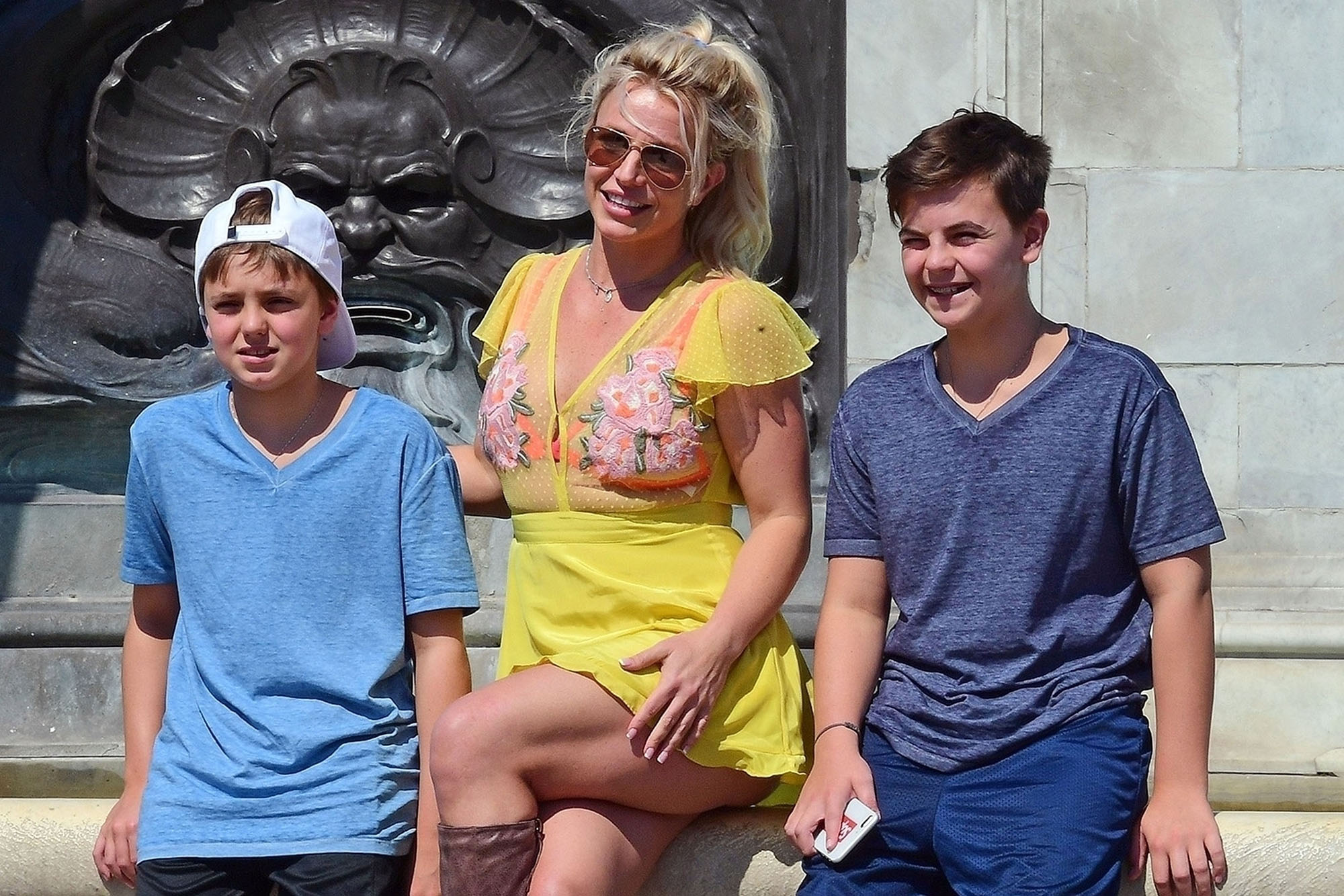 “Nobody’s taking my house!” Britney is said to have screamed in her hospital room, per TMZ. “Who is my family?!”

The judge eventually made the conservatorship permanent, with Jamie and Wallet remaining co-conservators and Ingham remaining Spears’ alleged advocate.

“All they had to do was help her straighten out, get clean and get with the right people,” said the former boyfriend. “Instead they saw it as a way to get control of her, put her under their thumb and make money off her.”

Asked about the “they” he was referring to, he cited Jamie as well as Jamie’s former co-conservator, Andrew Wallet, and Lou Taylor. Taylor was Britney’s business manager until she resigned in Nov. 2020, after months of vitriol aimed at her by the #FreeBritney movement.

On Wednesday, Britney told the court that the conservatorship was “abusive” and blamed her father for forcing her into a restricted life even as she continues to perform and make money that benefits family members. She compared the conservatorship and her lost 13 years under its control to “sex trafficking.”

The 23-minute speech delivered by the singer during a remote hearing in Los Angeles Superior Court was accessible to the public and a recording of the hearing has been leaked by a number of fan accounts and posted to YouTube. 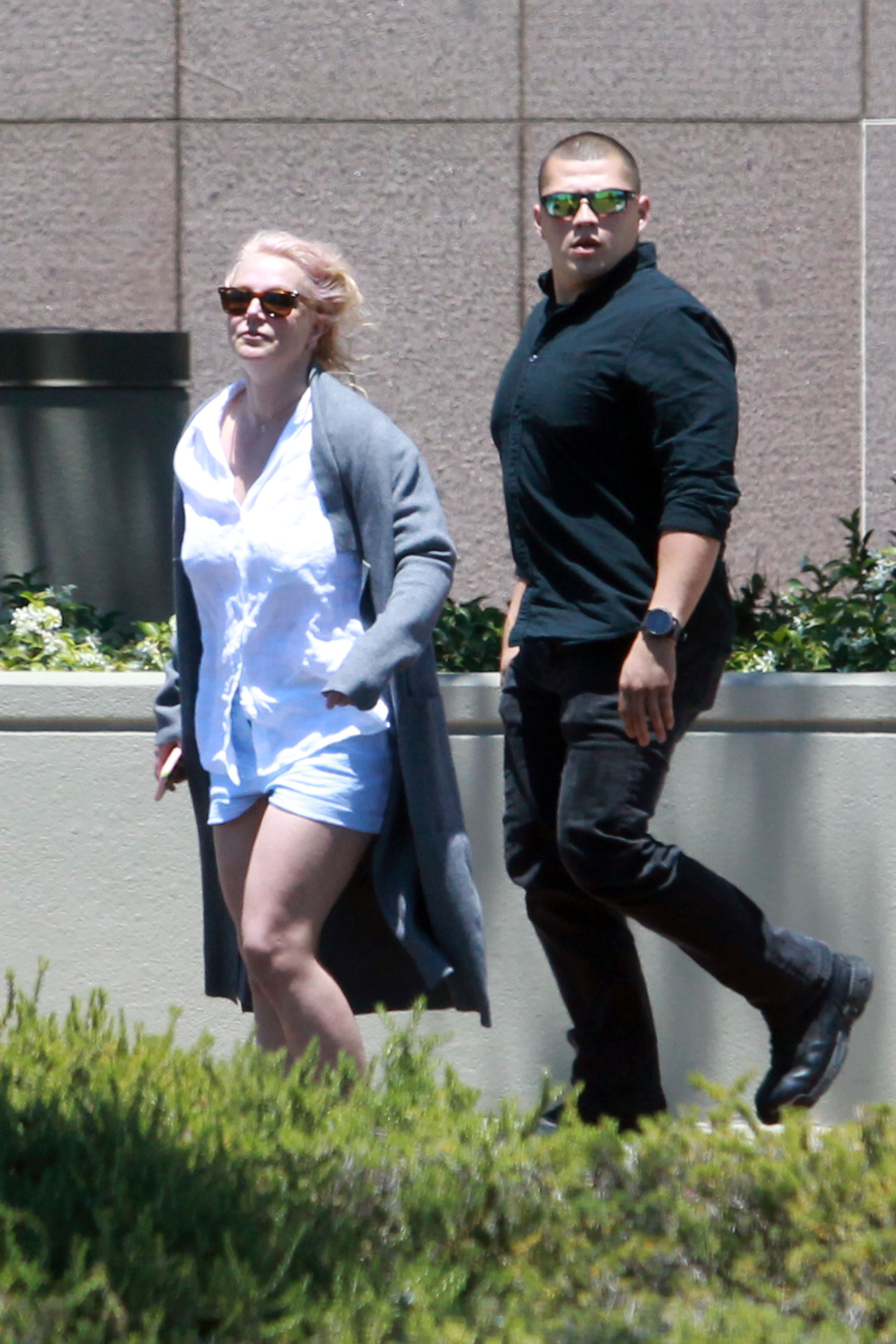 It was the first time Britney had spoken publicly about the conservatorship and she apologized later to fans on her Instagram account “for pretending to be OK” over the. years, blaming her “pride” and embarrassment for not previously telling the truth about her life.

At least one family member, however, said it’s not true that her relatives are against her.

“I can assure you her family loves her and wants the best for her,” brother-in-law Jamie Watson, who is married to the singer’s sister, Jamie Lynn, told The Post Friday. “I wouldn’t be around people who weren’t. Who wouldn’t want to be in support of Britney?”