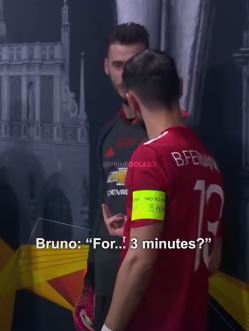 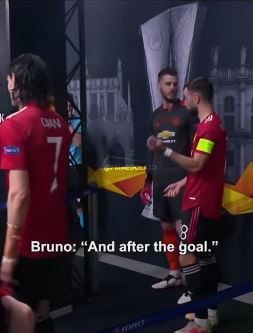 And striker Marcus Rashford is also cajoled during the revealing clip.

Fired-up United improved enough after the break to equalise through Edinson Cavani, only for Villarreal to win 11-10 on penalties.

And Fernandes' outburst at the interval epitomised their frustration.

He voiced anger at the actions of Foyth after the Argentina defender was accidentally kneed in the head by United midfielder Paul Pogba.

Foyth had a headband put on his nose injury and needed more treatment soon after when his nose began bleeding again.

"One time he stays down one minute. After again and then after the goal. 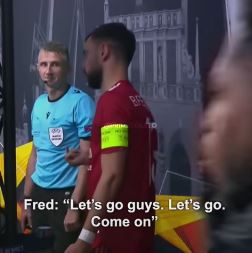 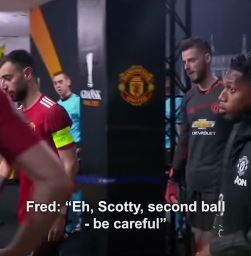 "You wait one time for VAR. Three minutes?"

And there is a shout seemingly towards one of United's England aces: "Rashy, come on mate."

Whatever Fernandes' exasperation at half-time, he was one of the first United players to demand unity after defeat.

He posted on social media: "We win together and we lose together.