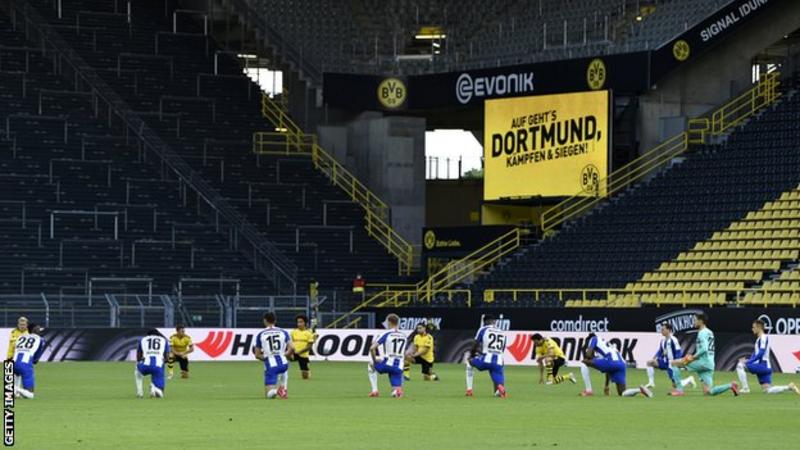 Bundesliga teams showed their support for the Black Lives Matter movement with a range of protests on Saturday.

Borussia Dortmund and Hertha Berlin players took a knee together around the centre circle before their meeting at Signal Iduna Park.

Dortmund players warmed up in T-shirts with messages including “no peace, no justice” and “united together”.

Bayern Munich players wore T-shirts which said “red against racism” before their 4-2 win at Bayer Leverkusen.

Mainz’s Cameroonian striker Pierre Kunde took a knee after scoring his side’s second goal in their 2-0 win at Eintracht Frankfurt.

This week, sports stars including Serena Williams, Paul Pogba and Lewis Hamilton have raised their voices over police brutality against black people in America.

Huge anti-racism protests have taken place after George Floyd, an unarmed black man in handcuffs, died after a white policeman knelt on his neck for nearly nine minutes. 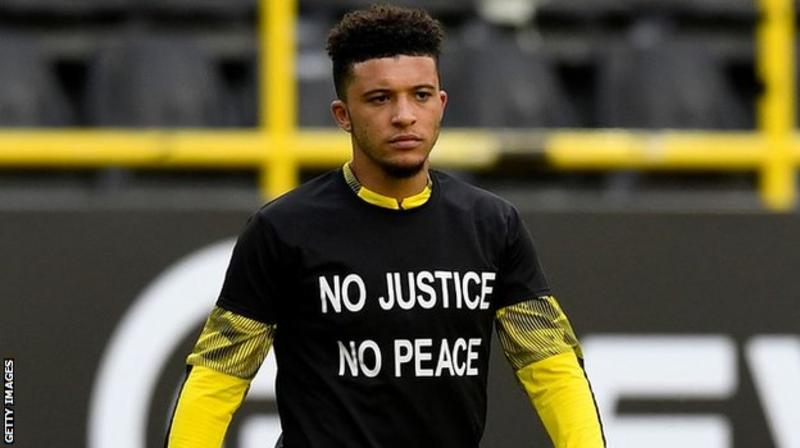 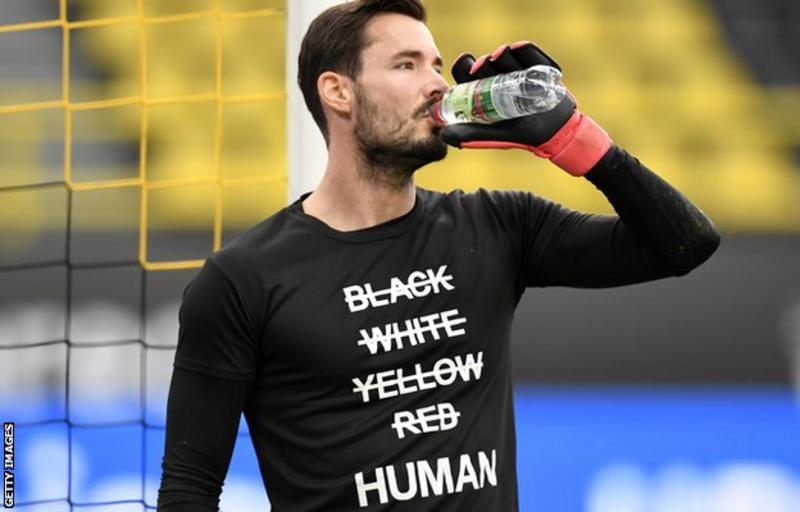 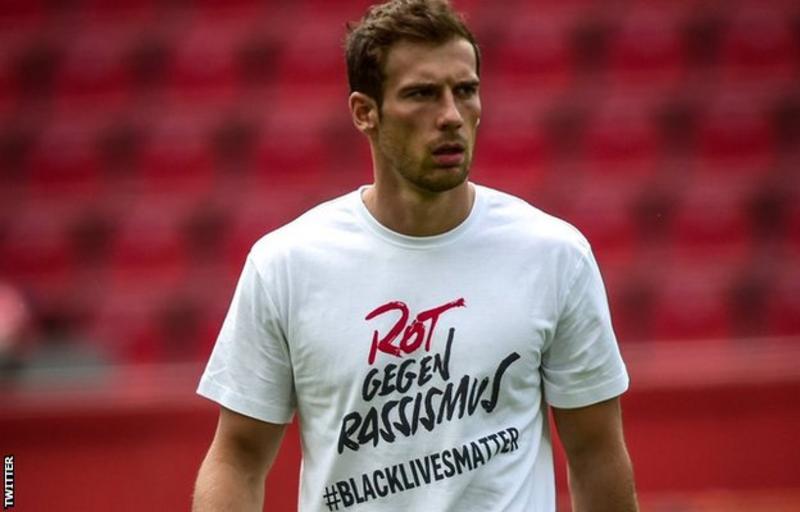 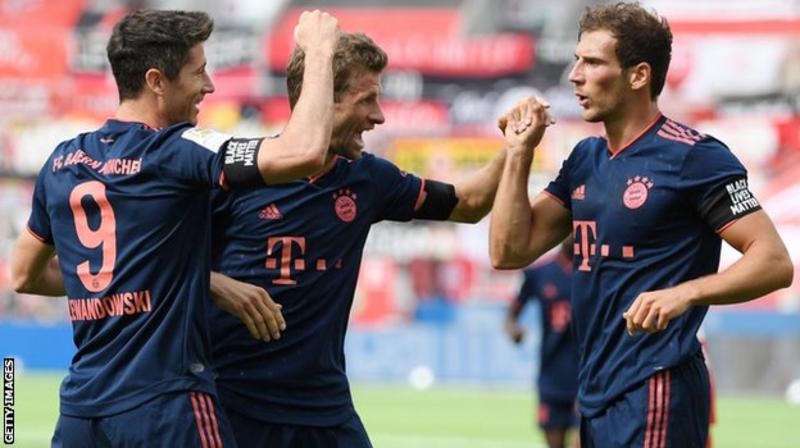 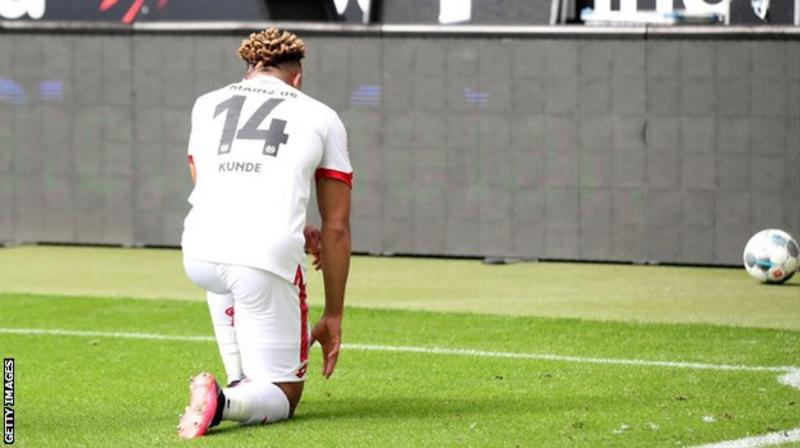