BURY owner Steve Dale is seeking to get rid of a £3.7million debt secured on their Gigg Lane stadium to help secure the club’s future.

A number of secured loans were taken out by previous owner Stewart Day with Capital Bridging Finance, which has since gone into administration. 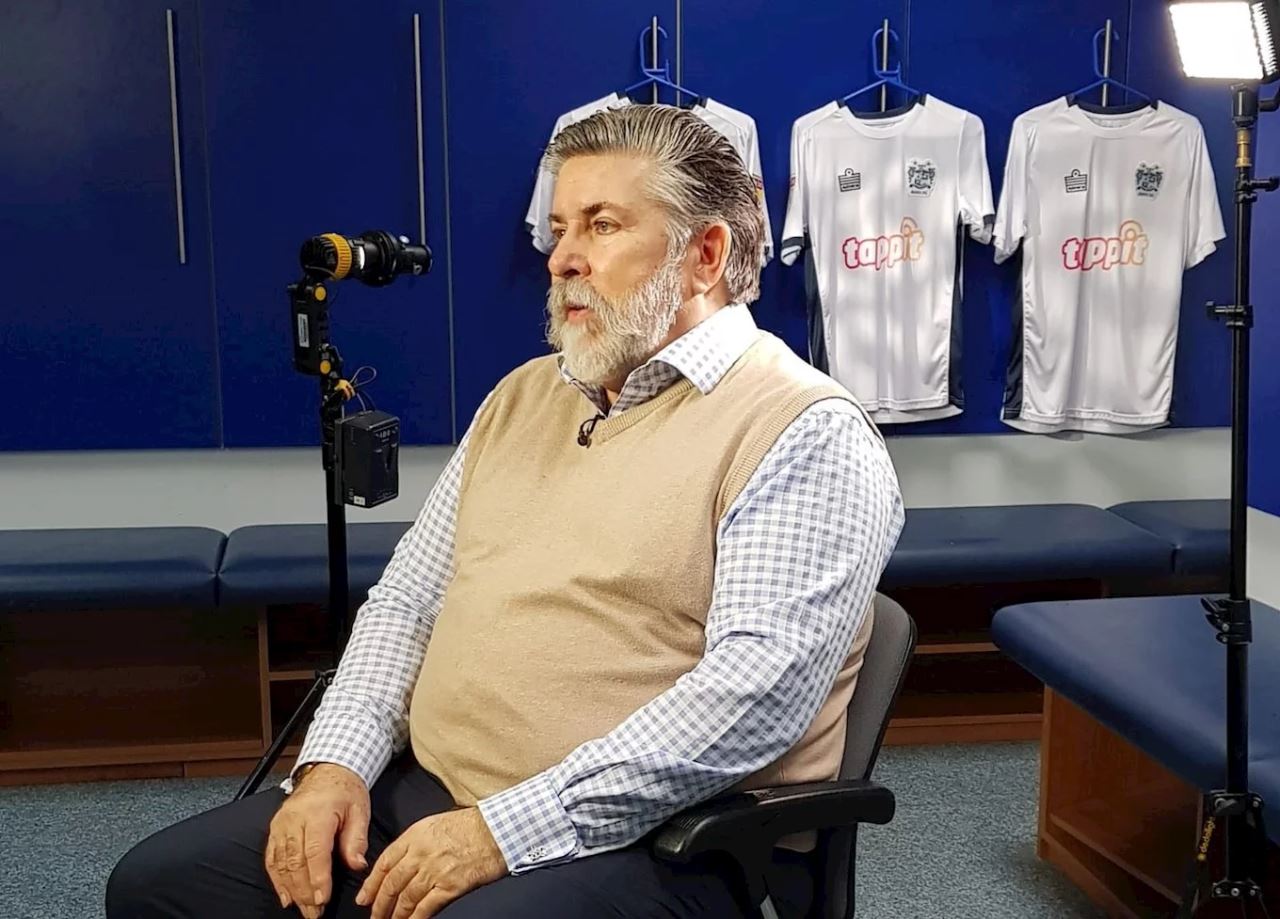 Dale exclusively revealed to SunSport yesterday that the Shakers were waiting to be placed by the FA into the National League next season following their expulsion from the EFL in August.

“We’ve never seen the rest of that cash. It was used as a security for something else that had nothing to do with the club. Bury never got its due money.

“In law, you must have received something to have owed it. Bury FC got f*** all.

“I’m speaking to the mortgage company’s administrators and told them, ‘Let’s do a deal. You’re saying we owe X amount but you prove when that money went into our bank account and I’ll honour it.’

"We’ve not been sent that proof.”

An investigation led by Damian Collins, the chair of the parliamentary sports select committee, discovered in October that a staggering £1m was paid as an “introductory fee” for the loan to an unknown person.

Collins said: “The inquiry made clear that people profited a lot over Bury’s demise. Someone took £1m away.”

And, meanwhile, Dale has told SunSport he has appointed a QC to lead a legal fight that will cost him around £250,000 against the EFL for damages following the Shakers’ expulsion.

Bury – who were promoted to League One last season – were booted out after the EFL said the club did not show proof of funds for the 2019-20 season.

The Shakers owner said: “We should never have been thrown out. The way they treated us, compared to Bolton, is unbelievable.

"I felt the whole time the EFL were against us while they bent over backwards to help Bolton, a former Premier League team.

“When I was trying to rescue the club from the debts run up by Stewart Day, I never realised that not only was I fighting against the creditors but also the EFL.

“I’ve got a QC working on it right now. The case against the EFL will show the real truth what happened to Bury FC.”

The EFL has always maintained they provided Bury with ample chance to meet their finance requirements and the League, as a compromise, only asked for one season’s proof of funding rather than the up to two they usually require.

SunSport can reveal the National League will only accept Bury into their fold if Dale steps down – as football officers that were part of a club expelled from the EFL are prohibited in their set-up.

Dale has already stated he is prepared to do that and said: “I’ll be happy to leave it for someone else to run it.

“I want to make one thing clear – I’ve never taken a penny from Bury FC.

“I was duped into taking over the club. I’m not a football person and only got introduced to Bury in terms of wanting to invest in a second chance academy for young offenders.

“But then people at the club told me Bury would go bust if I didn’t step in and all I’ve wanted to do from day one is save the club.

“The more I discovered, the most staggered I was by what had gone on under the previous regime. We had two players earning £7,000-a-week. 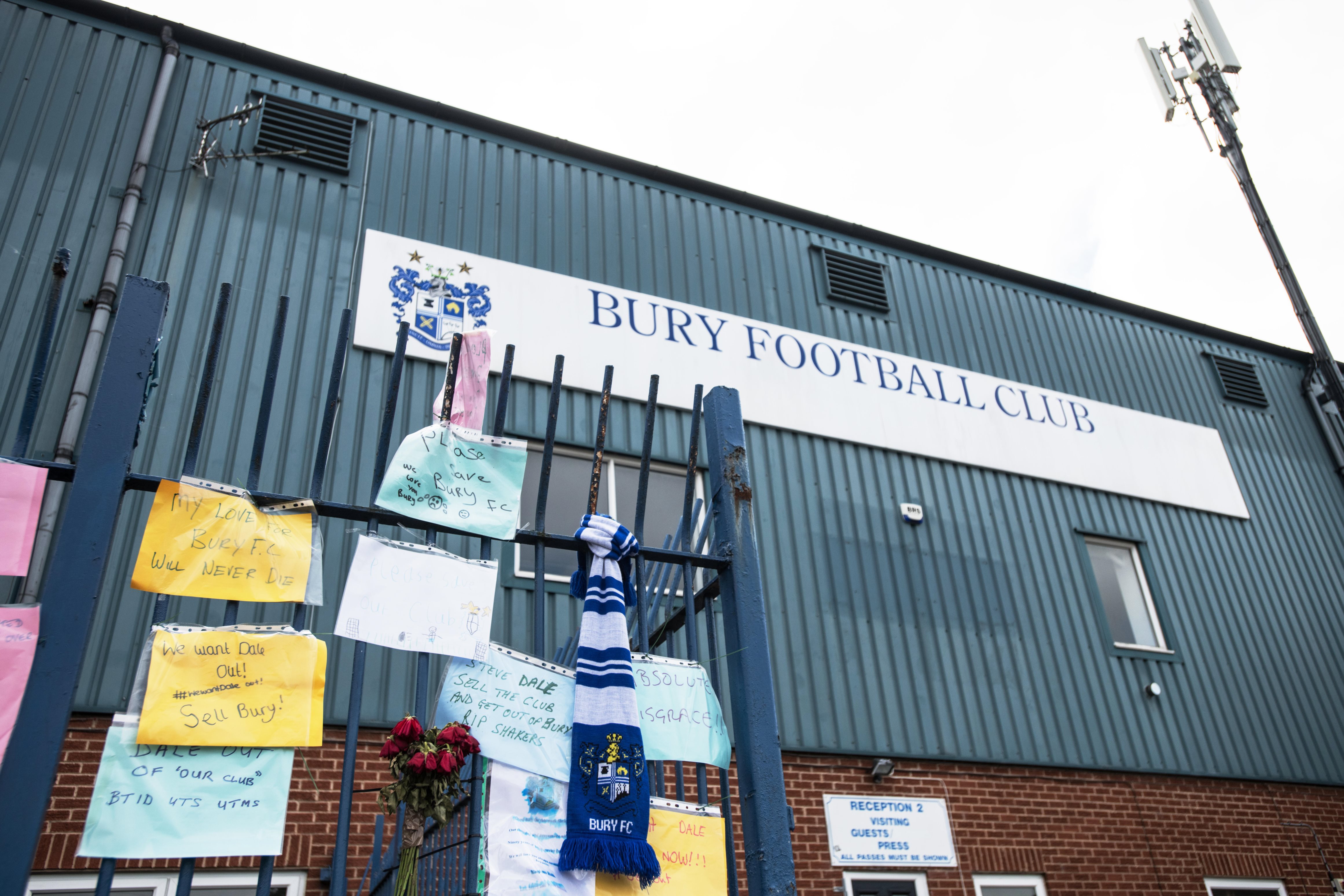 “Jermaine Beckford – who sat at home doing nothing for a year because he was injured – was picking up astronomical sums.

"And the place was over-staffed with people. The wage bill was £3.5m. I was thinking, ‘Christ, we’re Bury, not Chelsea.’

“If you stack shelves at Tesco and I go round your house and you have a 120inch plasma on the wall and a Mercedes in the drive – I’d say there is something wrong here.

“I just thought, ‘What the f*** is going on in this place.’ I was looking for it but there was no revenue. It was madness.”