Villegas, 38, broke down in tears when discussing Mia's tumours on her brain and spine last month. 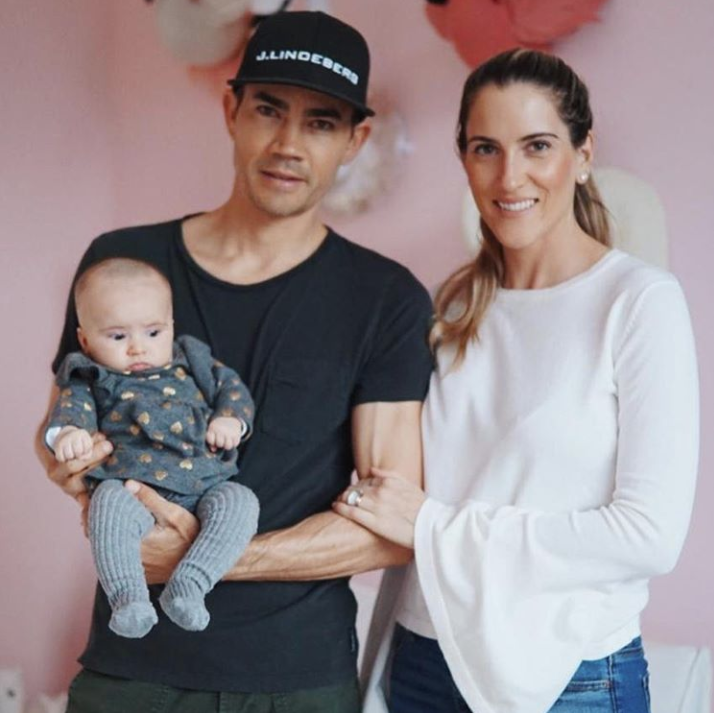 The toddler – Villegas' only child – passed away on Sunday night in Miami after surgery and chemotherapy.

PGA Tour commissioner Jay Monahan said in a statement: "The PGA TOUR is deeply saddened having lost a member of our family, Mia Villegas.

"We grieve with Camilo and Maria and our thoughts and prayers are with the Villegas family."

Villegas has yet to comment on the tragic news but could not hold back the tears when he spoke about his little girl's battle last month.

Speaking on how hard life had been since getting the news of her illness, he said: "It's been tough.

Officially a Dad?. Mom @maria_ochoam and Mia doing great and I simply can’t stop smiling… Welcome to this world and this Family Mia?. #Hola

A post shared by Camilo Villegas (@camilovillegasofficial) on Oct 3, 2018 at 3:54pm PDT

Officially a Dad?. Mom @maria_ochoam and Mia doing great and I simply can’t stop smiling… Welcome to this world and this Family Mia?. #Hola

"I'm probably going to get emotional but that's fine.

"It's inspiring, to see my little one fighting.

"I love golf, my wife wanted me to come here and just swing the club, get my mind away.

"My wife has been very strong, and you’ve got to follow your instincts, and honestly I don’t know if my instincts are to come play this week.

"My wife said, ‘just go out there and enjoy. Golf is what you’ve done for years, golf has given you so many great things.'"

Villegas and wife Maria first noticed something was wrong in February when Mia kept crying more than normal.

A post shared by Camilo Villegas (@camilovillegasofficial) on Apr 6, 2019 at 5:56pm PDT

The Colombian golfer, who reached a high of No 7 in the world rankings in September 2008, said: "She always went to the gym with me; it was one of our bonding spots.

"She was always like a little monkey, climbing on everything. But then one day, I noticed she had not been climbing on anything.

"She had also been crying a little more than normal at night.

"She had been teething, so we took her to the pediatrician, thinking it was that." 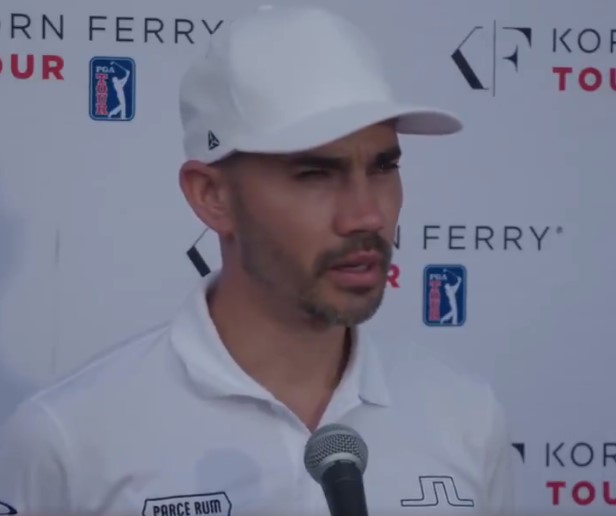 On March 14 they took her to Nicklaus Children's Hospital in Miami for scans.

It was then doctors confirmed tumours were growing on her brain and spine.

Mia underwent surgery but doctors told Villegas and his wife there would be more treatment required.

Villegas added: "After the surgery, when it was time to remove the stitches, they learned the growth had become pretty aggressive.

"We were told we needed to start treatment right away, so they kept us there. Physically, though, she wasn’t ready to get the kind of chemo doctors were hoping for."

Mia had to have "baby chemo".

When Villegas asked how strong it was, docs told him if he had it he "wouldn't survive".

Villegas has not played since finishing T-33 at the Korn Ferry Tour event in June.