Sally Phillips has blasted those who are criticising Bridget Jones’s Diary ahead of its 20th anniversary, saying ‘cancelling’ the character isn’t going to stop sexual harassment.

The 51-year-old actress, who lives in London, first appeared in the hit film franchise as best friend Shazza alongside American actress Renée Zellweger as Bridget in 2001.

Speaking to Grazia, Sally said that the portrayal of Bridget’s body dysmorphia and encounters with sex pests throughout the movie are representative of a ‘more innocent time’, as she reflected on how attitudes towards body image and the #MeToo movement have influenced society.

Sally added that the women sharing their experiences of rape culture online seem to have had worse encounters than those shown in Bridget Jones’s Diary, saying: ‘I just think these concerns are actually sort of bigger and more scary now. And cancelling Bridget isn’t a way of making anything better.’ 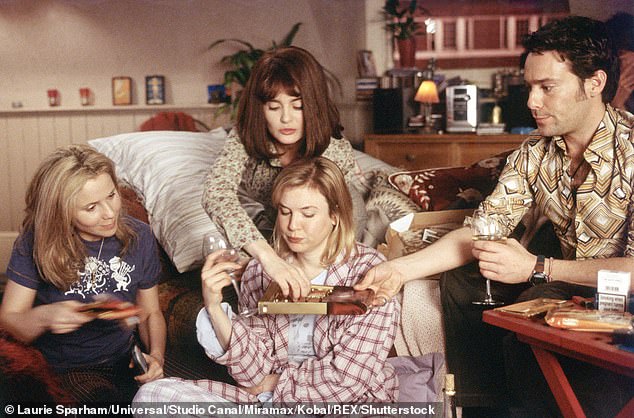 Sally Phillips, 51, who lives in London, has called for the Bridget Jones film franchise not to be cancelled ahead of its 20th anniversary. Pictured: Sally Phillips Renee Zellweger, Shirley Henderson, James Callis in Bridget Jones The Edge Of Reason, 2004

The Bridget Jones film franchise was adapted from columns and books by Helen Fielding.

The storyline follows Bridget who writes a diary about her everyday life including single woes and struggles with weight loss – while also drinking and smoking excessively.

Sally’s character Shazza warns Bridget to stay away from men who use women for their own gain.

While it was seen as progressive in the early noughties, modern viewers have raised concerns about Bridget’s obsession with weight loss, arguing that she has an average body size and the film is ‘fat phobic’.

Last year, body confidence campaigner Alex Light, said watching Bridget’s obsession with weight as an impressionable teenager made her vow to diet as she was left thinking 9st 4lbs is fat.

Author of the Bridget Jones franchise Helen Fielding, has also admitted she finds it difficult to stomach aspects of the film. 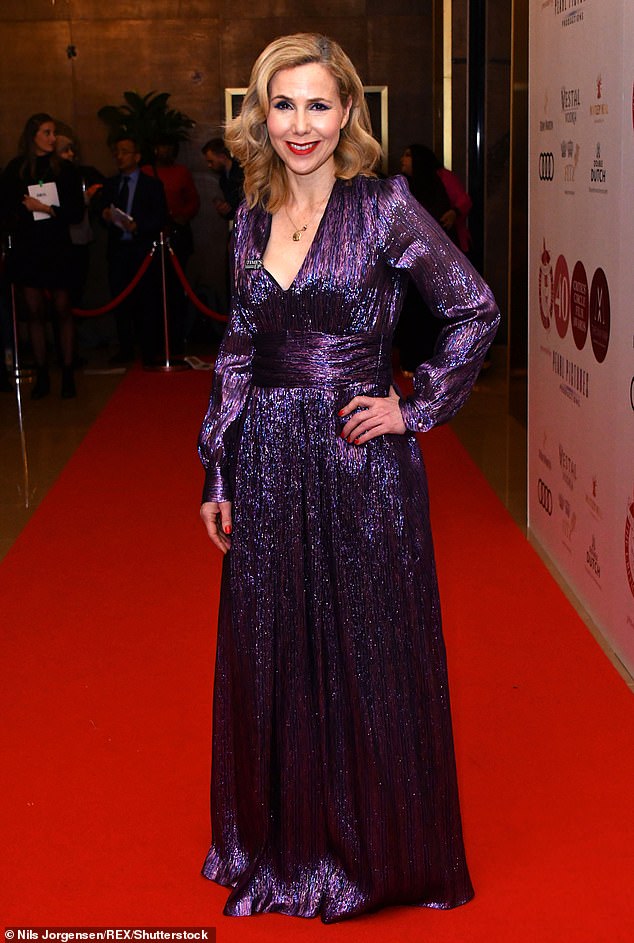 Sally (pictured) said Bridget Jones was released at a ‘more innocent time’, when asked about how sex pests and body image is represented throughout the films

Watching the trilogy with her children years after its release, Helen said: ‘You couldn’t write that now. The level of sexism Bridget was dealing with, the hand on the bum in so many of the scenes, [Sit Up Britain boss] Richard Finch, ‘Let’s have a shot of the boobs.

‘I mean in the end she turned round and stuck it to them but it was just part and parcel of her life.

‘It was quite shocking for me to see how things have changed.’

Sally said that Bridget Jones is from a time before we knew that you weren’t ‘allowed’ to talk about body dysmorphia. 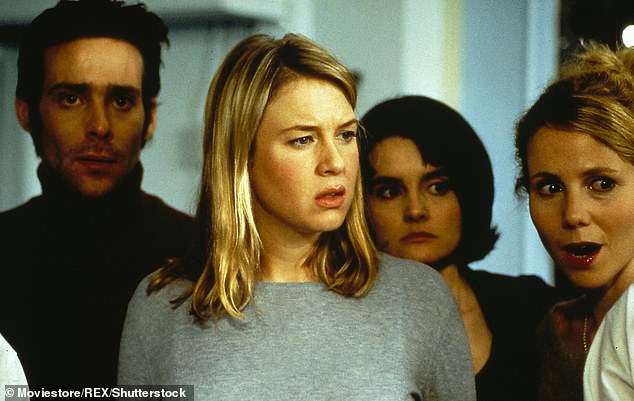 Sally said there’s more pressure on women to look a certain way now than at the time Bridget Jones was released. Pictured: Renee Zellweger and Sally Phillip in the film

The actress explained that our attitudes towards our own bodies haven’t changed and said she believes there’s more pressure on women to look a certain way now than at the time the film was released.

‘The idea of turning female friendships into a commodity where you constantly encourage each other to live better, work harder, be more productive, virtue signal and be nice all the time.’

However, she admitted to being aware that questions about controversial aspects of the film would be raised as she does interviews ahead of its 20th anniversary.