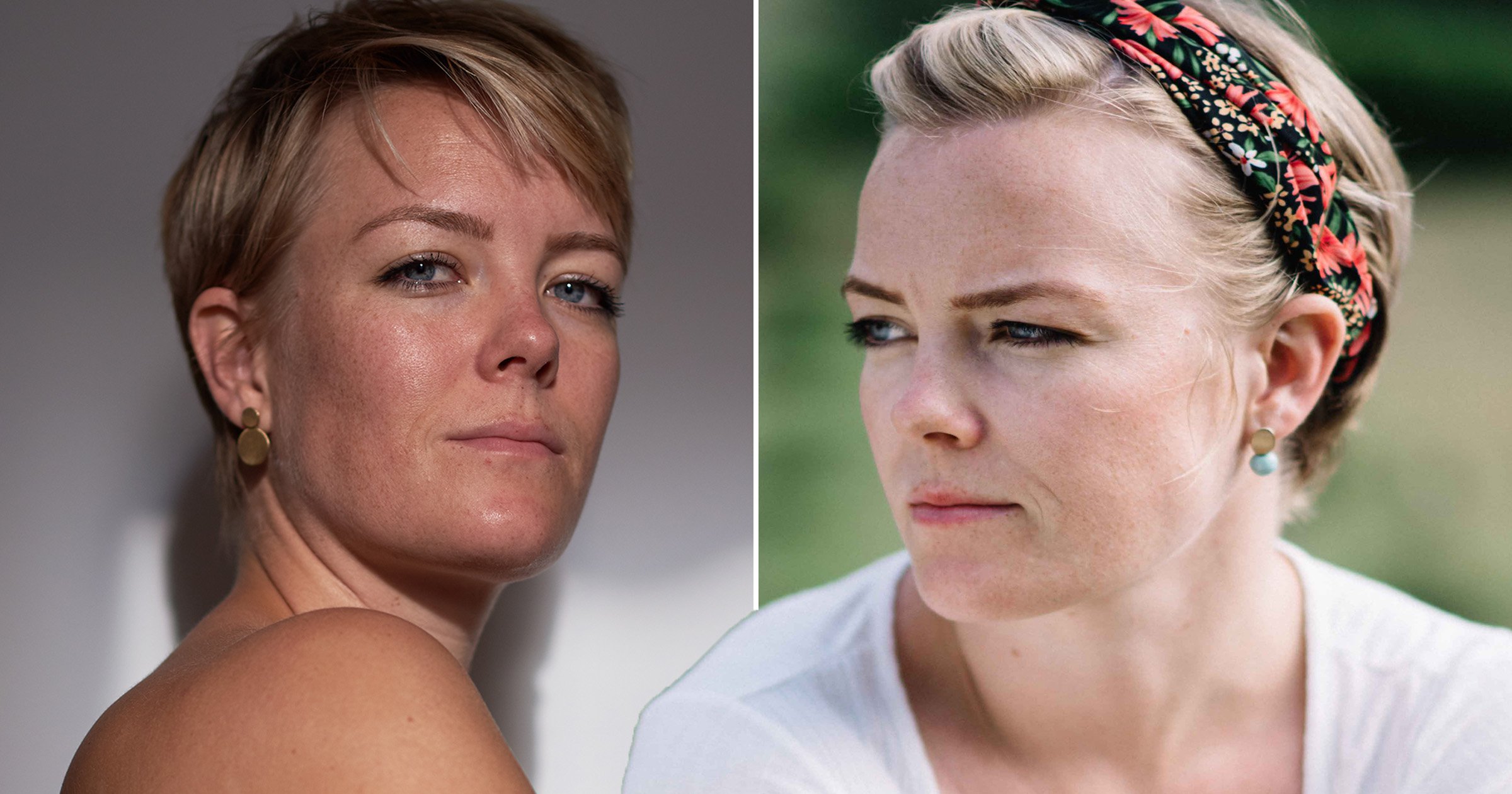 ‘There are more stories around cancer other than just death and tragedy,’ film director Rebecca Steward says.

At the age of 28, Rebecca, now 31, was given her diagnosis and began chemotherapy just days before her birthday.

There was no family history of cancer and she’d led a health lifestyle up until that point, having just run a half-marathon weeks before.

Her treatment consisted of radiotherapy and in January 2020 she was given the all clear, which meant lockdown provided plenty of time to reflect on her ordeal and how much her relationship to her body fluctuated during it.

‘Spending everyday in the hospital having different tests, you start to develop a negative relationship with your body,’ she tells Metro.co.uk.

‘You feel it’s let you down in some way and you have this real sense of separation between body and soul.’

This is where sex, desire and connection to physicality became vital to Rebecca’s life in a way she’d never experienced or foreseen before.

This Breast Cancer Awareness Month, Rebecca is looking to raise awareness around the importance of quality of life when faced with cancer, not just life itself.

Part of that quality and joy is found in and through the body.

‘I wanted to make the film because I surprised by how much my sex life was affected by cancer,’ she explains.

‘But you settle into it after a while and it becomes a very routine thing and life goes on.’

She found that as a woman, sex wasn’t discussed with her at all, while other things, such as losing hair were.

Rebecca tells us: ‘The treatment does start affecting lots of things, and the biggest things, the headliners we always talk about with cancer is hair loss and appetite loss – which they told me would happen, and they did.

‘The thought of losing my hair was more traumatic than when it actually happened.’

At first, the director’s sex drive was amplified for a couple of months in a way that made her feel ‘like a teenager’ with her partner, who at the time she’d been seeing for nine months.

‘The diagnosis acted like an aphrodisiac,’ she remembers. ‘There’s something about being faced with your own mortality that makes you want to express your life and sex was a way to do that.

‘I was also feeding off the energy of my partner – I felt like like I was diving into his body and I needed to cling onto something that was stable and healthy.

I want patients to know they deserve to demand more than just life, they deserve quality of life as well – and sex is part of that.

‘For me, sexuality became a big thing. It was more than a physical desire and fun – it’s became a psychological necessity.

‘Sex became a good way to reconnect with my body and remind myself there wasn’t an “enemy” inside me, it wasn’t that I was fighting anything, we were in this together and on the same team and it was still able to give me pleasure.’

Acting on desire allowed her to feel in the moment and empowered by her body at a time when she also grappled with feeling betrayed by it.

Three months into treatment, this urgency for sex waned as she faced energy loss, vaginal dryness and vaginismus, a condition that sees the walls of the vagina tighten when penetration is attempted.

She says: ‘That became difficult for me because that was the last thing I could do that made me feel in touch with my body, that I was still able to enjoy it and it was still mine.

‘It felt like my last refuge was taken away from me. I’d always considered sex and running the two things that made me feel like “I’m still here” and both fell away at the same time.’

To relieve the pressure she felt was causing her vaginismus, she and her partner decided to take penetrative sex ‘off the table’ for two months, instead focusing on other ways to be intimate, from oral sex to cuddling.

Even at Rebecca’s most ill, when she was so weak she needed to be bathed, there was intimacy to be found in that loving act.

Those delicate moments make their way the film, with Rebecca drawing on memories of ‘him washing behind my knee and having his fingers between my toes’.

‘You have to learn to appreciate intimacy in whatever form it comes, rather than having the goal be penetrative sex and orgasm,’ she adds, ‘which was another thing I couldn’t achieve.’

But that came through being gentle and tender towards her body – something that was challenging at first, with all the fight talk associated to cancer.

She tells us: ‘I found the vocabulary around cancer very frustrating, and it’s something I never questioned, but all of a sudden everything changes and I was referred to as this “soldier” and told I was going into “battle” – it’s aggressive language, which I just didn’t identify with.

‘Instead I saw this as a cleansing process – something had malfunctioned in my body and I had to have compassion for it,’ which translated into her changing sex life during treatment and recovery.

Nowadays, she often has quiet moments in which she shows love to her body and thanks it.

A year before her diagnosis, she was considering a boob job and hated her ‘pooch belly’ (which now to her is a sign she’s healthy), but once she was confronted with losing her natural breasts, she thought: ‘I don’t want to lose them, it’s not about the image, it’s about the fact I can feel them, they bring me pleasure and they’re mine’.

Reconnecting with that sense of desire and pleasure through the body hasn’t been easy, especially when the cultural focus around cancer is on surviving, not thriving.

‘Where we are medically and scientifically with cancer is 30 years ahead of where we are in our culture,’ notes Rebecca.

‘In TV and books everyone dies, aside from Samantha in Sex and The City,’ she says, having believed for herself that chemotherapy was a last resort and meant she would almost certainly die – something that doctors laughed at when she shared her thoughts.

‘There’s an attitude of you should only care about surviving,’ Rebecca adds.

‘The more people talk about it, the more the medical community becomes aware this is an issue.

‘I want patients to know they deserve to demand more than just life, they deserve quality of life as well – and sex is part of that.’